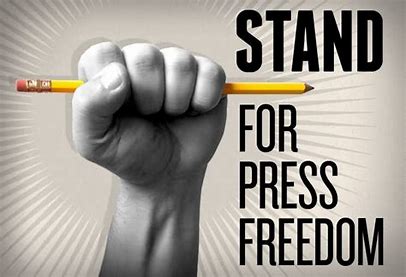 The European Federation of Journalists (EFJ) May 3 launched on a European survey on, World Press Freedom Day, as part of a wider campaign to push for a safer and healthier working environment for journalists.

Often, journalists are taking their own risks and putting the stories first before their own health and safety. While individual journalists should be more aware of the risks they take, media employers have a major role in providing a safe and secure environment for their journalists and help them mitigate risks with comprehensive security measures and policies in place.

In this context, the survey aims to investigate how journalists perceive threats to their physical safety and security, mental health and what measures they perceive to be effective in mitigating these threats, as well as the roles and responsibility of media employers and journalists’ organisations. The survey will be distributed to all journalists in Europe. The EFJ called on its members to encourage their journalists to respond to the survey.

“The misconception that ‘the job comes with its risks’ is not acceptable. We should take action before something terrible happens to journalists like many who had lost their lives due to their work. We all have a duty in creating a safe environment and culture for our journalists,” emphasised Gutiérrez.

The results from the survey will be analysed and used to map out the health and safety needs of journalists. It will eventually contribute to the safety training courses that will be developed by the EFJ and its partner organisations in the project to support journalists.

As part of the project co-funded by the European Commission, the EFJ will develop an online risk assessment platform, a free tool for journalists to conduct their own risk assessment when conducting assignment.