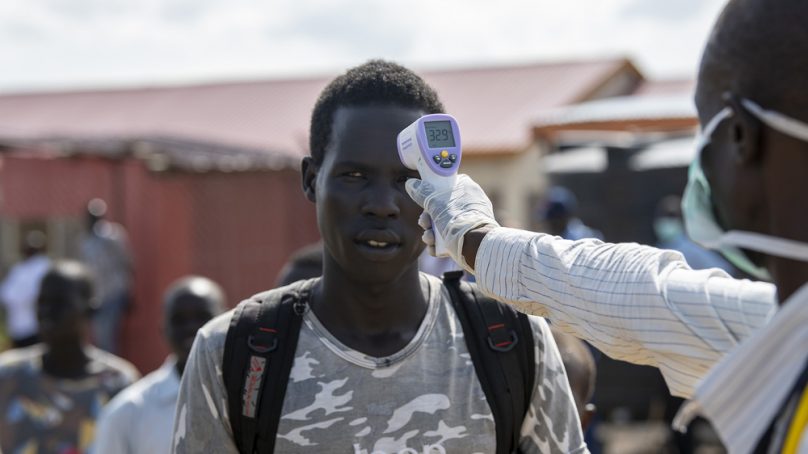 Covid-19 is exposing the frailty of ultra-corrupt Kenya through poverty and disease. Although corruption can be found in all countries, its effects are particularly devastating in low- and middle-income countries.

Health and poverty are interconnected; they are Siamese twins. When a country is unable to develop superior health infrastructure and scheme for its own citizenry, due to corruption, it risks falling into a snare where the economy remains stagnated.

Poverty is both a reason and a result of poor health. Deplorable living conditions increase the chances of poor health. In turn, poor health ensnares communities in chronic poverty. One of the effects of diseases is that it consumes individuals, families and communities’ vigour to work to build their lives and that of the society. With fewer individuals employed to better their lives, poverty creeps and entangles its roots.

Kenya has been ranked eighth globally and sixth in Africa among countries with the largest number of people living in extreme poverty, according to the World Poverty Clock report. The report says that 29 per cent (14.7 million) of 49,684,304 Kenyans are very poor as they consume less than $1.90 (Ksh197) per day or Ksh5,910 monthly.

Diseases, especially communicable ones, spread more rapidly in communities that are poor and do not have access to basic amenities.

Take for example the spread of malaria, which can easily be managed through simple yet vital but scarce utilities like mosquito nets and repellents. HIV/AIDS, cancer among other diseases have also contributed to increased poverty levels in Kenya. These diseases, apart from ‘killing’ the victims, leave families and communities in debt, which further worsens their ability to sustain themselves.

Confronted by the coronavirus menace, President Uhuru Kenyatta is thrashing about wildly, trying to decide what to do for the best. “Politics as usual” isn’t working.

But at this unambiguously trying time, it is time to reflect on the poor healthcare system in Kenya and Africa in general. While President Uhuru Kenyatta means well, he hasn’t got a clue of what to do about the deplorable condition afflicting his “shit hole” country – to paraphrase American President Donald Trump. The dawning realisation that tribal alliances cannot be relied upon to solve the Covid-19 has put focus on the need for a more sober leadership.

A protracted crisis, catastrophic consequence of mass infections and loss of life will shake the “shit hole” state to the core. If the corona pandemic is not managed well, it could lead to unpredictable social disruption across Kenya and other shit holes in Africa.

As is the case with victims of the disease, underlying conditions and vulnerabilities in politics too are being painfully exposed. It’s becoming clear, for example, that Kenya has no proper health care system to begin with.

Even the wealthy politicians, are unprepared for Covid-19. Confusion reigns widely, fuelled by having to face the very same hospitals they have neglected and impoverished for over half a century. And the politicians themselves are forced to stay in their shit hole country and lie in the ICU beds they made. It is embarrassingly obvious Kenya is not able to handle the pandemic alone without external aid.

Looked at globally, Kenyatta’s performance to date has been mostly unimpressive. The covid-19 pandemic is now menacing Kenya, making its way through the country and spreading fear. As of April – barely a month after the first case was confirmed – the country reported 184 cases, with the total deaths at seven provided a sobering statistic. Four months later the death toll stood at 602 and confirmed cases were 35,000-plus. But the ways in which Kenyatta has communicated covid -19 directives and policies has fallen short.

Since colonial era, Kenya has prized subservient obeisance over consent, favouring to issue orders instead of communicating its decision is to the people.

When fighting outbreaks of the bubonic plague early in the last century, the British colonial authorities deployed harsh methods such as burning huts, forced vaccinations, which, not astonishingly, were defied by much of the native population. Presently, the play-script is unmistakably identical.

Over the past few weeks, Kenyatta has used his briefings to announce increasingly rigorous “orders”, lament of a lack of cooperation and threaten dire consequences. Like its colonial masters, the regime has offered little in the way of articulated plans and reasoning.

On different occasions, the most senior health official, Mutahi Kagwe, who is the chairman of the National Emergency Response Committee, has stated that the regime’s response is guided by evidence and models it has developed for different scenarios, including “worst cases”.

Hitherto, despite emphasising the need for the citizens to prepare, he has not deemed it essential to share these scenarios and models. On the contrary, the authorities have oddly refused to obey court orders to disclose its plans for tackling the virus.

But the fundamental question beggared by the pandemic is not one solely for Kenyatta’s administration. It concerns each individual, community, and the nation. Will the challenges posed by covid -19 be permitted to drive Kenya into deeper poverty – or used to help foster unity and development? The resolution hangs in the scale. But for Kenyatta it is not business as usual.

The only source of wealth is agriculture or natural resources, and that is a formula for super – corrupt states. An ‘agro-elite’. It has charted for itself the production and distribution of agricultural and mining resources Kenya generates. In this regard, there is a direct line from colonial exploitation to modern exploitation.

And bribery now is much more blasé, and has become harder to delineate as bribery if it is (via) offshore dealings or people being allotted equity shares in offshore companies. You have to pry open a lot of offshore screens to see the conflict of interest that lies at the epicentre of them.

Breaking the silence, I doubt that corruption in Kenya can ever be reformed despite Kenyatta’s half-hearted efforts at fighting kleptomania. After all, Kenyatta admitted that Kenyans are experienced thieves.

There is a distressing reality that it’s impossible to put natural resources in Kenya to work for the common man. [Almost] everywhere that pays a significant share of its budget in wage bills is poorly run and often corrupt (Kenya’s wage bill is over 52 per cent of its budget- where will money to fight corona come from? At every level, governmental delusion is a powerful barrier to change in Kenya.

But Kenyatta is not an evil guy. He just can’t end corruption. Social inequality has always been extreme in Kenya. Nothing new about that. But if covid-19 has taught us anything, it is that covid-19 affects the poor masses and the rich elites. And what can Kenya learn from the leader of its former colonial master? That Kenyatta is as vulnerable as Boris Johnson. But with one caveat: in Britain Boris has access to the best care. In Kenya, Kenyatta National Hospital cannot treat Uhuru Kenyatta. That is the difference.