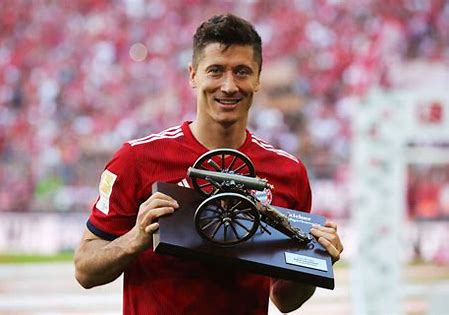 Robert Lewandowski has been warned that he would be making a mistake by choosing to join Premier League titans Manchester United over fellow giants Arsenal this summer. That is the belief of former Premier League title winner Chris Sutton, who thinks Lewandowski would be better suited upping sticks to the red part of North London rather than the red half of Manchester.

The Poland international has enjoyed a stunning career predominantly spent in the Bundesliga. But with just a year left to run on his current Bayern Munich contract, Lewandowski has informed the club hierarchy of his desire to leave Germany and test his hand elsewhere. Given the 33-year-old’s astonishing goal record, just about every major European club have been touted with a move for the striker.

While the likes of United, FC Barcelona and Paris Saint-Germain have all been linked with Lewandowski at some point since he made his feelings clear, Bayern remain adamant he will not be going anywhere this summer.

The fact United and Arsenal are clearly prowling the market with the hopes of bolstering their attacking options has made both clubs two teams that can easily be linked with a potential switch for the Polish icon.

Both teams are still reeling from contrasting seasons that ended up with both United and Arsenal missing out on Champions League football and ending up in next term’s Europa League. The Gunners came within two points of the much-coveted fourth position, while United recorded their lowest ever points tally of the Premier League era and finished sixth.

As a result, Sutton fails to see why the prospect of signing for the Red Devils would be an attractive one in the eyes of one of European football’s most lethal marksman. He even claimed every other big six side would be a more appropriate move for Lewandowski.