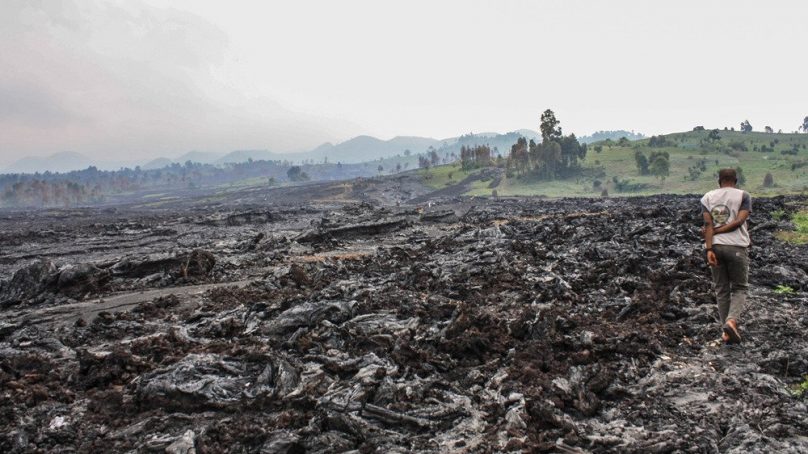 One day, the neglected Mt Nyiragongo volcano in DR Congo will kill thousands in 30 minutes – expert

In October, one researcher said institute didn’t have enough funds to afford a drone to take high-resolution photos of the May Mount Nyiragongo eruption site, while in July staff said the Volcano Observatory centre in Goma, east of the Democratic Republic of Congo (DRC), was struggling to raise money for a research trip to the volcano summit.

Interviewed, several GVO researchers said they were earning as little as $40 per month and have often paid out of their own pockets to travel large distances to collect data. Some have taken side jobs to make ends meet.

The volcanologists have also faced health risks as a consequence of their work. Charles Balagizi, a GVO scientist, said he had not been able to replace the filters in his gas mask – given to him by the US Volcano Disaster Assistance Programme (VDAP) in 2019 – for the past two years. His lungs have suffered as a result, doctors told him recently.

The researchers said their salaries don’t reflect the importance of their mission, nor the challenges they face when travelling to remote places – challenges The New Humanitarian saw first-hand on field trips with the GVO in July and August.

On one mission in July, researchers balanced on hardened lava rocks examining the width of new fissures that had cracked open in the earth in May. The trip took the team though Virunga National Park, on a road known for its ambush risk.

The next month scientists drove down dirt roads outside of Goma to collect crucial seismic data, passing areas where carbon-dioxide emitted by the volcano can suffocate children and animals. A dead bird lying on the ground was said to be the latest victim.

The monitoring efforts require constant commitment, said Dario Tedesco, an Italian volcanologist who has dedicated his life to studying Mount Nyiragongo. “You need to do it every day, every single hour of the day,” he said.

Volcanologists argue that there was no clear precursor event that could have predicted the May eruption, even though signs of increased volcanic activity were present in the months before.

Still, the World Bank’s decision not to renew a programme that ended in October 2020 left the GVO lacking money to do crucial field missions, said Ciraba, the senior scientist. After the internet was cut, the institute also lost access to real time data, he added.

The internet was eventually restored in April thanks to a contribution from VDAP. But a seven-month gap left volcanologists missing crucial details about volcanic activity at Mount Nyiragongo.

The World Bank decision came amid allegations of embezzlement at the GVO, though the Bank said it could not corroborate those claims. Instead, it said the decision was based on the institution’s “weakness” in implementing grants.

In an emailed statement to The New Humanitarian, a World Bank spokesperson said that on completion of the grant, the organisation had emphasised to the Congolese government the importance of giving the GVO resources to cover its operational costs.

But the government appears not to have plugged the gap, while other donors failed to step forward, said Omar Aboud, who previously led the Goma operation of the UN peacekeeping mission in Congo, known by its French acronym MONUSCO.

Despite joint advocacy efforts by MONUSCO and the GVO, Aboud said donors lacked funding “for this kind of unexpected and unplanned support” and were put off by the corruption allegations.

Aboud and other MONUSCO officials said the mission provided support to the GVO both before and after the May eruption. This includes helicopter flights to Mount Nyiragongo and the facilitation of outreach efforts to donors and diplomats.

But Aboud said further support to the GVO “would be too technical and scientific for a peacekeeping mission… would require a very high budget that MONUSCO does not have, and would fall way beyond our mandate”.

The GVO also receives support from a group of international scientific partner organisations. But funding for these projects is usually focused on scientific objectives rather than the long-term operating costs of the observatory.

Mahinda, the scientific director, said volcanic eruptions are natural phenomena that can’t be stopped, but added: “If we had proper materials and good financial treatment here… maybe we could have reduced the costs we saw during the eruption.”

The costs were particularly high for Nyabatezi Subirayo, a Goma resident who was separated from one of her children while managing to escape the eruption. “If there had been a warning, I would not have lost my child,” she said in July from a displacement camp.

The threat posed by Mount Nyiragongo has increased since the eruption. Fresh fractures have opened in the ground that “could be gates for new lava flows reaching Goma”, said the GVO’s Balagizi.

Balagizi said the danger of a limnic eruption will persist as long as there is an active rift that can generate earthquakes capable of destabilising Lake Kivu, and as long as there are active volcanoes that can produce eruptive vents within the lake or empty hot lava into its depths.

The pockets of carbon-dioxide emitted by the volcano – referred to as Mazuku, or evil wind – pose another hazard to human health, as do plumes of sulphur dioxide, which can cause acid rain and contaminate drinking water.

While various initiatives seek to raise awareness of the risks associated with Mount Nyiragongo – teachers in Goma use board games to help students know what to do in an emergency, for example – GVO scientists say more needs to be done.

“People have to watch and listen to understand what the scientists are teaching,” said Muhindo, the GVO director. “They must also avoid building infrastructure in places where there are lava flows.”

Aboud, the former MONUSCO official, said risks will remain no matter how much funding is forthcoming. “If volcanoes are unpredictable, and the lava could take… half an hour to reach the city, how much can money really help?” he said, adding: “The population [is] squeezed between the volcano and the lake, and there are very few escape routes.”

Muhindo, however, is optimistic that the threats posed by Mount Nyiragongo can be properly managed by the observatory – should it be appropriately funded. “Everybody is paying attention to GVO [after the eruption],” he said. “Very soon, things will change.”