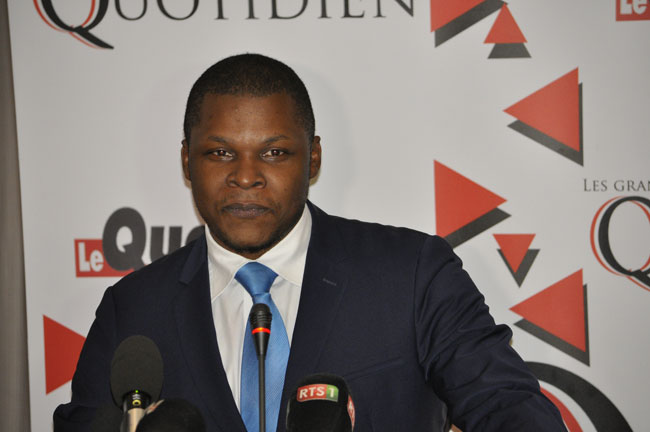 Oil industry is ready to help end violence in Mozambique

I won’t sugar-coat it: The situation in Mozambique’s northern Cabo Delgado province is dire. Armed conflicts between security forces and the militant Islamic group, Ahlu Sunnah Wa-Jamo (ASWJ), known locally as “al-Shabab” even though it has no connections to the Somali group with that name, have left dozens of people dead and displaced thousands since last fall.

The violence is not new: The insurgents have been mounting brutal attacks within Cabo Delgado since 2017. Some argue that these brutal incidents are a response to poverty and feelings of marginalisation among the residents of the province.

Others claim ASWJ is motivated by a desire to control the region’s vast natural gas and mineral resources. Government leaders have blamed global jihadism. Any certainly, many of these factors have played a role in the current situation to varying degrees.

In any case, the violence is now escalating and intensifying the area’s misery. People live in constant fear. Families are struggling to feed themselves. Many are still reeling from the aftermath of Cyclone Kenneth, which struck in 2019, as well as the ongoing Covid-19 pandemic. So, this situation is a particularly painful blow.

The violence is not only contributing to deaths and hardship, but also perpetuating the cycle of poverty and desperation that helps feed terrorist activity in the first place. It is jeopardising one of Mozambique’s most promising paths to economic growth and diversification: strategic development of the area’s offshore gas reserves.

In early January, Total began removing staff from the site where it is leading efforts to build onshore facilities for the Mozambique LNG (liquefied natural gas) project. It did so after fire was exchanged between government troops and insurgency members in Quitunda, the resettlement village Total built for local people who’d lived within the boundaries of the site.

Mozambique LNG is still alive, but progress has been delayed. And we don’t know how yet conditions in Cabo Delgado will impact other projects in the area. The stakes are high: Total’s Mozambique LNG is only one of three consortia that are slated to invest close to $60 billion in large-scale LNG projects over the next few decades.

All of this is troubling. But there is hope. There is a path to a lasting solution. And the African Energy Chamber would like to help. Our goal is to offer solutions and to finance peacebuilding measures and a negotiation initiative.

To be clear, I’m talking about working toward a thoughtful, well-planned roadmap to peace and stability, not throwing money at the problem.

I’m certainly not talking about paying the militants in hopes of appeasing them, as some have proposed. This is a bad idea. A payoff cannot be expected to solve a complex, volatile problem like this. It might provide a temporary bandage, but it would not be a cure. Without more meaningful solutions, other armed groups could easily replace the current one.

What I’m calling for is the beginning of a dialogue. We recommend an investment not in payoffs, but in socio-economic projects that would empower youths in the region. We recommend replacing desperation with hope.

We recommend replacing promises with tangible shows of support and respect for the community. That’s how we can create stability and make Mozambique less vulnerable to violence and turmoil.

We’re also convinced that arriving at a solution will require an “all hands-on board” effort: Both the international community and oil and gas industry stakeholders have roles to play, ranging from financial support to contributions of expertise and resources.

Here are some of the steps that will get us there, along with potential hazards we must avoid along the way.

Mozambique’s armed forces are struggling to contain the insurgents, who appear to be increasingly more sophisticated in their tactics. I agree with Jasmine Opperman, an Africa analyst with the conflict-monitoring group, Armed Conflict Location and Event Data, who recently pointed out that government forces are in a defensive mode.

“They are spread thinly, and the insurgents have too much leeway in terms of time and pace with which they move, and in terms of attacking at free will,”

Mozambique should not be spending valuable resources on foreign guns for hire: That creates, at best, a checkmate that could drag out indefinitely. It would be much wiser to invest in Mozambique’s military and to devote national resources to creating stability through socioeconomic programs.

Mercenaries are not Mozambique’s only option. Mozambican troops should be properly trained to address the insurgents effectively while protecting – and rebuilding the trust of – civilians. They must have the resources they need to be successful.

One factor contributing to those feelings in Cabo Delgado is a sense among the people there that gas projects like Mozambique LNG will turn into another instance of the resource curse, becoming enterprises that benefit a select few while bringing hardships down upon surrounding communities.

It doesn’t have to be that way. I already believe that community members stand to benefit from Total’s Mozambique LNG and other gas initiatives because of the long-term opportunities they will create to ease the area’s widespread energy poverty, support capacity building, and contribute to economic diversification and growth.

But I realise that community members need to know they can count on tangible benefits; they don’t want to be asked to trust in potentials or opportunities on the horizon. That’s why we must create a framework that ensures community members reap concrete benefits from the LNG project sooner rather than later.

I suggest creating a community trust, an oil-money management strategy that I wrote about in my book, “Billions at Play: The Future of African Energy and Doing Deals.” This would allow an agreed-upon percentage of LNG project revenues to be set aside to meet residents’ most pressing needs – needs they themselves identify – which might include infrastructure, widespread power access, healthcare, education, and jobs.

This is doable with the cooperation of Mozambique’s government and the oil and gas companies operating there.

What’s more, the oil and gas industry should work with the government to make sure that Mozambique’s massive natural gas reserves, and efforts to capitalize upon them, truly benefit local communities.

And, both government leaders and oil and gas companies need to inform, educate, and build awareness among the people of Cabo Delgado – from elders and youths to militants to local authorities – of the critical importance of a successful ceasefire and the need to support President Filipe Nyusi’s administration in its determined bid to ensure a sustainable solution to the current crisis.

I call upon the US and French governments to support Mozambique’s efforts. Building stability and ongoing economic opportunities is in their countries’ best interests. The Biden and Macron administration have a unique opportunity to use economic support to develop one Africa’s most promising economies.

President Nyusi and Mozambique’s leadership has embraced the support of oil and gas industry stakeholders and the international community. They must deepened their ties and to work with them to develop long-term solutions – strategies that transition Mozambique from reacting to attacks and crises to proactively preventing violence and setting the stage for a better future.