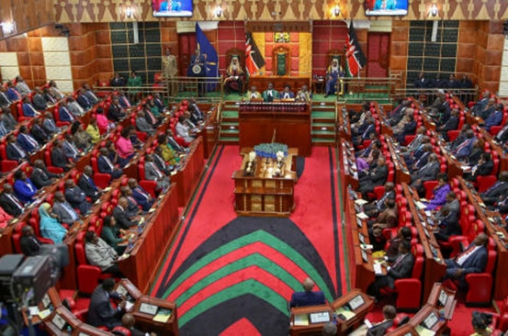 After three elections in which the opposition appeared to have won convincingly only for the electoral body and some foreign observers to give the verdict to the governing party, there are questions about whether Kenya can be the standard bearer in Africa, having held elections periodically since independence in 1963.

In a report titled A Rebel in State House by an US intelligence operative in Kenya after the controversial 2017 polls, the United States raises questions about lessons learnt from past controversial presidential elections and whether the elite in the country are willing to re-anchor to the political and economic juggernaut it looked to be until the 2007 bloodletting that claimed 1,122 lives and uprooted over 600,000 from their farms.

“Kenya is not a democracy. Political opponents and rivals find their political ambitions only halfway nurtured but derided with their guaranteed defeats at the polls. In the 2013 elections, it is conventional wisdom the former Prime Minister Raila Odinga and leader of Cord coalition won fair and square. But the corruption within the Independent Electoral and Boundaries Commission, IEBC, guaranteed that Uhuru Kenyatta (took power).”

Compared to other African countries, Kenya’s opposition enjoys relative freedoms of assembly, expression and information. Despite this, the report says, it is difficult to explain why the opposition is routinely outmanoeuvred in elections to the point of rendering the civic responsibility a useless exercise.

According to the report, “The opposition in Kenya is like a castrated bull – it has balls but has no potency. Its noise is not meant as a clamour for real democracy either, its grievance is that it is losing out on its opportunity to plunder.”

His assessment is that Kenya is not a democracy.

“But if it is a democracy, then it a democracy in the mould of Venezuela: it is a democracy as long as people vote – no matter the bad governance. Kenyans who voice opposition on corrupt leaders might easily find themselves in the dock…. if Kenyans do not rebel then they are co-conspirators with the ruling elite’s neo-colonial attitudes. So, when Kenyans pour into churches to pray for Kenya’s salvation, but do-nothing more, they essentially are apologising to the leaders who are looting Kenya,” the observers say.

To arrest the rapid slide into anarchy, the report calls for painful decisions that guarantee the country of “real change” as opposed to what has been the opposition’s refrain during every election cycle.

“This is no time for half-hearted noise and measures, bland reassurance or waiting games. It is time for a revolution (sic)”, it says.

As one of the urgent measures, the report says the economy requires radical surgery to rid it of rogue managers and corrupt leadership.

“With both the economy and security at risk, Kenyans can no longer just march on the streets in uproar. We must send a strong message to the current policymakers and candidates alike that people and the security come first. Those who trade away our security, our economy and our environment – clearing forests, poaching and pollution – to the highest bidder must go,” the reports says.

The major threat to political stability in Kenya, ironically, is President Kenyatta, according to the publication. Unable to rein in his anger and temperamentality, the Kenyan leader policy inconsistency helped by etic jingoism is deemed mutinous.

It explains, “In a divided Kenya, where the opposition is just not misguided by cancerous, tribalism is just not advantage. The more Mr Uhuru uses his vitriolic speeches to offend the opposition the more his supporters are convinced that Kenyatta is the rightful owner of the State House.”

According to the foreign observers of the Kenyan politics Deputy President William Ruto does not make things any easier for his boss. Intolerant and insolent when it comes public sentiment, he is seen as the physical expression of the president’s whims.

“Every time protestors and the media rail against Uhuru, it is proof that he must be doing something right. If the outpouring of the international press praise of the Supreme Court is to go by, it only goes to prove Uhuru Kenyatta is a man under siege,” according to the analysis.

Until the handshake between Kenyatta and Raila, which has for the time being has defused ethnic tensions between communities that support Raila and those voted the president’s party, the former was cast as the enemy Kenya needed to rid itself of.

Consequently, the civil society advocated for human right and democracy, which frequently assumed the role of alternate opposition by keeping the government and the ruling class on its toes, were either banned or had their licences revoked. The assumption was they were pushing the opposition political agenda.

“The politics of tribalism are harnessed to national view that rejects a Luo president; Rail is Luo. Tactically, Mr Kenyatta has little time for civil societies that push for a level playing field. His attempts to shut civil society groups drew global condemnation from the USA and European Union. He believed the civil society groups are pushing the Luo agenda at the behest of western interests,” it says.

While the report questions the transparency and accountability of the institutions and individuals who manage the Kenyan public is not spared the flak for not taking charge of their destiny. The indifference of the public created room for politicians to turn political parties into private that compete for the ‘businesses of the managing the economy and associated interests, hence the reference Kenya Inc. The latter is an oligarchic and plutocratic state.

“The lazy thinking in Kenya is that things will change if the people trundle along and make noise and throw stones as they always have. This indolent thinking belies a fundamental misunderstanding of the ‘Kenya Inc’ democracy,” it says.

The laws, according to the analysis, serve the interest of the kleptomaniacs at the expense of the common man.