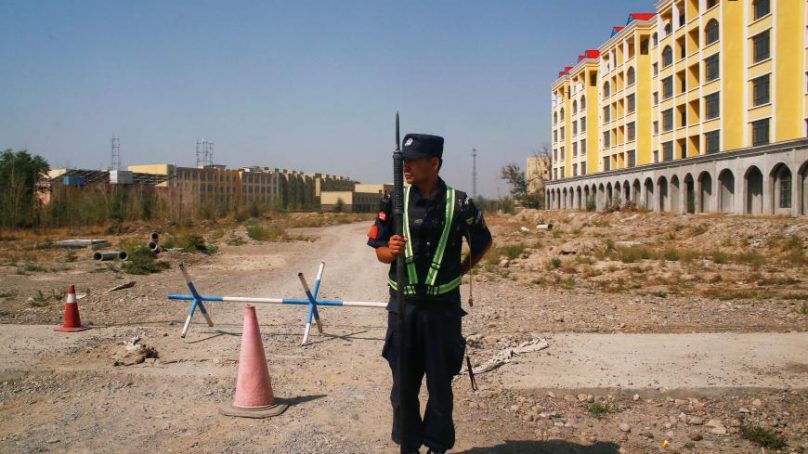 The Chinese government is committing crimes against humanity against Uyghurs and other Turkic Muslims in the northwest region of Xinjiang, Human Rights Watch said in a report released on Friday.

The Chinese leadership is responsible for widespread and systematic policies of mass detention, torture, and cultural persecution, among other offenses.

The report says coordinated international action is needed to sanction those responsible, advance accountability and press the Chinese government to reverse course.

The report identified a range of abuses against Turkic Muslims that amount to offenses committed as part of a widespread and systematic attack directed against a population: mass arbitrary detention, torture, enforced disappearances, mass surveillance, cultural and religious erasure, separation of families, forced returns to China, forced labour and sexual violence and violations of reproductive rights.

Crimes against humanity are considered among the gravest human rights abuses under international law. The Chinese government’s oppression of Turkic Muslims is not a new phenomenon, but in recent years it has reached unprecedented levels.

In addition to mass detention and pervasive restrictions on practicing Islam, there is increasing evidence of forced labour, broad surveillance, and unlawful separation of children from their families.

Human Rights Watch and the Stanford Human Rights Clinic urged the United Nations Human Rights Council to adopt a resolution to create a commission of inquiry with authority to investigate allegations of crimes against humanity, identify officials responsible for abuses and provide a road map for holding them accountable.

The UN high commissioner for human rights should also monitor and report on the human rights situation in Xinjiang and keep the Human Rights Council regularly informed.

Concerned governments should impose coordinated visa bans, travel bans and targeted individual sanctions on authorities responsible for criminal acts. They should also pursue domestic criminal cases under the concept of “universal jurisdiction,” which allows prosecution of grave crimes committed abroad. And they should adopt trade restrictions and other measures to end the use of forced labour in China.

“It is increasingly clear that a coordinated global response is needed to end China’s crimes against humanity against Turkic Muslims,” Richardson said. “That China is a powerful state makes it all the more important for holding it accountable for its unrelenting abuses.”