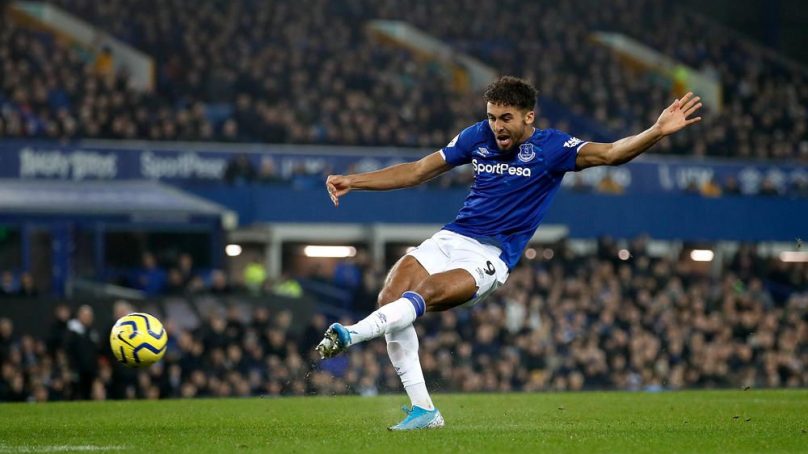 Arsenal are expected to install a Premier League hitman as their top striker target, and the attributes he would bring would fit Mikel Arteta’s system like a glove, according to a report in The Sun.

The Gunners are poised to experience a mini overhaul in their forward ranks over the coming months. Both Alexandre Lacazette and Eddie Nketiah are in the final years of their contracts at the Emirates. Certainly, in Lacazette’s case, a new contract appears unlikely to be forthcoming.

Pierre-Emerick Aubameyang has shown signs of revival this season. But at 32, even the once-deadly marksman will be phased out eventually. As such, a recent report in The Sun indicated Arsenal are looking inside the Premier League for their next centre-forward.

Everton’s Dominic Calvert-Lewin and Aston Villa’s Ollie Watkins were namechecked. Both forwards would fit Arsenal’s new transfer criteria being in their early-mid-twenties with their best years ahead.

Now, Football London insist it is Calvert-Lewin who will rise to the top of their shopping list. They state ‘it’s expected the number one standout candidate’ on the club’s shortlist will be Calvert-Lewin. Explaining why, the outlet details several ways in which the rangy centre-forward suits Mikel Arteta’s style.

Firstly, Calvert-Lewin is known for being deadly in the air. That is something Arsenal could exploit given they provided the third most crosses in the Premier League last season in Arteta’s first full year in charge.

Additionally, Calvert-Lewin’s is comfortable playing solo upfront and his physical prowess and hold-up play helps bring the best out of those around him. That is something that could benefit the likes of Emile Smith Rowe and Bukayo Saka in particular.

While he could be installed as their No.1 target, it’s acknowledged a deal would most likely have to wait until next summer.

That’s when the difficulties will begin, given Everton will be extremely reluctant to part ways with their talisman.

Meanwhile, Arsenal defender Ben White has said that he has grown to relish the art of defending and keeping clean sheets since his summer transfer.

Speaking to Sky Sports News, the England international opened up on his progression in north London.

“The first game didn’t go very well,” White said. “Then I got Covid and missed two games. Then we were straight back in and that’s where we picked up.”

White may have moved to London for a big fee of £50 million ($69 million), but he did not feel that he was moving to a big club.

“I don’t think adapting to a big club [was a reason for my slow start],” he added. “It didn’t feel like a big club when I came here. Everyone is so nice and welcoming.”