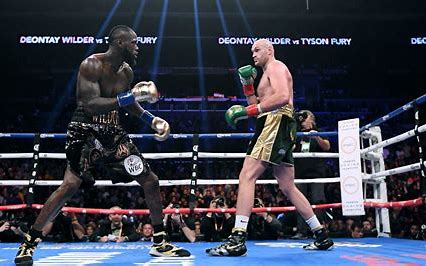 Tyson Fury was struggling to run three miles just weeks before his KO victory over Deontay Wilder, according to his father John.

Fury successfully defended his WBC heavyweight title by knocking out Wilder in the 11th round of their thrilling trilogy fight in Las Vegas last Saturday.

But Fury’s preparations for his third clash with the Bronze Bomber were heavily disrupted in August after his new-born daughter Athena was placed in the intensive care unit at Liverpool’s Alder Hey Hospital.

And Fury’s father John admits the Gypsy King was finding it difficult to keep in shape whilst he visited Athena and says he was “worried” about his son’s condition for the fight with Wilder.

“I went to Alder Hey Hospital, I accompanied him just to keep him right,” John Fury told Sky Sports.

“I’m 56 years old, 20 stone, I outran him. We went for a run round Liverpool and his lungs were on fire, I thought, “look at this”. My lungs? You couldn’t hear them. He struggled with a three-mile run.

“He said afterwards, “that nearly killed me”, so that’s where he was at four weeks prior to that big night.

“He was going to do it anyway, so what I said was, “OK then, I’ll try to make the best of a bad job. I’ll fill him full of confidence”.

“But deep down inside I was worried because I thought “you know what, he shouldn’t be doing this”.

“There’s a power to be in boxing, Tyson wanting to stand up for his country knowing Anthony Joshua just lost his belts at home, two miles from where he lives.