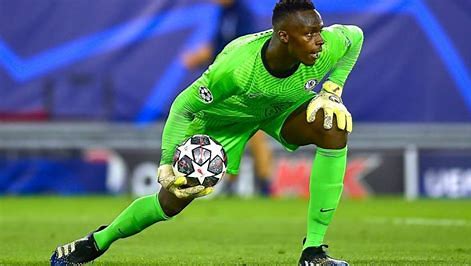 Antonio Rudiger demanded an explanation for Edouard Mendy’s Ballon d’Or snub following his man of the match display against Brentford on Saturday.

Thomas Tuchel was forced to field a makeshift defence in the absence of his German compatriot Rudiger and most experienced centre-half Thiago Silva.

Malang Sarr was handed his Premier League debut, while Trevor Chalobah was afforded another opportunity to impress following his eye-catching start to the new season.

The Champions League holders were, however, largely second best after the break and ultimately owed their victory to Mendy, who produced a series of stunning late saves to secure three points which took Chelsea to the top of the table.

Chelsea boasts five Ballon d’Or nominees but Mendy, surprisingly given his contribution to his side’s success last season, was not among them, a decision which looked even more perplexing after his heroics on Saturday night.

“Someone explain why he’s not nominated for the Ballon d’Or,” Rudiger wrote on Twitter. “What a performance… EDOUARD MENDY.”

“[Edouard] Mendy was superb,” added Chilwell, whose goal proved decisive. “We see it every day in training and he is now getting the credit he deserves in these games by making big saves to get us the points.

“We showed our steel and how strong we are defensively. We spoke about coming out and trying to get back in the swing of things. The preparation is not brilliant but it is about mentality and that was there.

“You have ups and downs the important thing is to train hard and when you get your chances take it.”