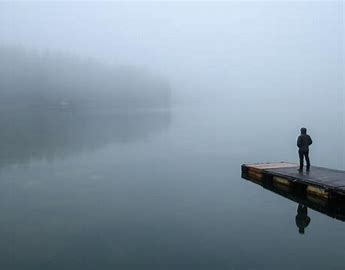 Although some researchers have supportive mentors and colleagues with whom they can share their struggles, others experience further mental-health challenges owing to hostile work environments. In the 2019 Nature survey of PhD researchers worldwide, 21 per cent of respondents said they had experienced harassment or discrimination in their programmes.

Female respondents and those from minority ethnic groups were the most likely to report such behaviour. Scientists from sexual and gender minorities (LGBT+) are also more likely to experience harassment and career obstacles, according to a survey of US scientists.

Clara Giachetti earned her PhD in 2020 at the CONICET Institute of Marine Organisms Biology in Puerto Madryn, Argentina. During her time at graduate school, Giachetti worked with a group of women at her university, from all career stages, to raise awareness of the psychological violence, bias and other difficulties that women at her institution faced.

The group conducted a survey asking female respondents to comment on and describe situations in which they felt unsafe at work, then printed the responses and hung them on walls throughout the institute.

Giachetti and her peers organised a safe space where women could discuss frightening experiences, launched a kindergarten and set aside a breastfeeding room for scientists with babies. “All that begins with this action of visualising what we are suffering,” says Giachetti.

Although often born of an intense desire to succeed, the types of mental-health struggle and how they manifest can vary drastically among junior researchers. Fara Rigolle, a PhD student studying psychology at Ghent University, who also mentors master’s students, often finds herself comparing her progress with that of colleagues who are further along in their doctoral programme.

“I don’t think others put the expectation on me that I know everything and I’m an expert, but sometimes I do it to myself,” she says.

When a colleague described the symptoms of impostor syndrome to Rigolle, she realized that she was experiencing it herself. “The problem is that you always doubt yourself,” she says. “It’s a constant fight.”

Impostor syndrome can also cause burnout among early-career researchers. At the beginning of her PhD programme in 2018, Mariana Murillo Roos questioned whether she was capable of being in the programme or belonged there.

To overcome worries about falling behind and loneliness, Murillo Roos worked 12-hour days and at weekends. “Work was kind of a refuge because it was something I could control and set my mind on, rather than feeling sad,” she says. “I also wanted to feel that the sacrifice I was making was worth it.”

Murillo Roos moved from Costa Rica in 2018 to pursue a PhD at the Jena School for Microbial Communication in Germany. She doesn’t speak fluent German and it was tough adjusting to a new culture. As a visa holder, Murillo Roos also felt increased pressure to perform.

“It’s truly just one shot,” she says, describing her hope that earning a PhD in Germany will make it easier for her to find opportunities in other European countries. “But you still need a visa – and it’s dependent on your progress.”

Even though she’s been encouraged to take holidays, Murillo Roos works overtime and rarely takes breaks. However, she doesn’t recommend this approach. “I’ve screwed up so many times because I’m tired or because I’m not thinking straight. It’s OK if you want to work a lot, but there’s also a risk. There’s a breaking point,” she says.-

Keerti Pendyal, who was diagnosed with clinical depression in 2007, also experienced breaking points during his PhD at the Indian Institute of Management Calcutta. “I was getting divorced during the first year and it took a massive mental toll on my health,” he says, leading him to take a year of medical leave.

He returned to campus mainly because he had a room available there and nowhere else to go. “I was still in a very dark place even after I came back,” he recalls. “Sometimes I slept up to 20 hours a day.” A representative from the student body and his partner supported him through this time, often sitting by his side without pressuring him to talk.

After returning to his university, Pendyal immediately asked his adviser for a recommended psychiatrist, whom he started seeing. “That was one of the best things I did,” he says. “I realised I can’t ignore my mental health and that I need to balance it along with other aspects of my life.”

Some PhD students have found ways to cope with their mental-health struggles during graduate school. Here are some of their suggestions.

Take time away from work. When Belgium implemented a lockdown owing to the pandemic, Fara Rigolle, a PhD student studying psychology at the University of Ghent, started going on daily runs. At first, she worried that exercising was taking time away from her research and slowing progress in her PhD. “But in the long term, it really helps to have these moments away from my work,” Rigolle says.

Compare yourself with yourself. PhD students often struggle with impostor syndrome, which can include feelings that they are lagging behind their peers or progressing too slowly in their programmes. Although Rigolle still deals with impostor syndrome as a PhD student, she tries to compare herself only with where she was a year ago. “I can look back on myself and see that I made progress,” says Rigolle.

Talk to people who understand you. In 2018, Mariana Murillo Roos moved from Costa Rica to Germany to pursue a PhD in plant biology. She felt fortunate in having German friends who could help her to navigate the cultural norms and education system in Germany, but acknowledges that cultural barriers can be challenging for researchers who pursue PhDs in countries away from home.

“Talking to someone is really important, but it depends a lot on who you talk to,” she says. Finding a person who understood her background helped Murillo Roos to stay motivated through the difficult times during her PhD.

Seek out support networks. “Don’t hide your struggles and don’t be ashamed of them. Be a problem solver and take action for your mental health,” says Ewa Pluciennicka, a cognitive psychologist and founder of PhD Success, an online platform that provides counselling and peer support for PhD students worldwide.

Pluciennicka encourages graduate students to seek out peer-support networks, where they can share their experiences and advice.

But not all researchers seek support for their mental-health struggles, in part because of the perceived stigma and a lack of awareness of the resources that exist. “I wish that universities and colleges were much more open about the resources that are available,” says Pendyal.

“Even at my institute, we had to engage with the administration for quite some time to get them to circulate a document that mentioned there is a counsellor available. Students were not aware of this fact.”