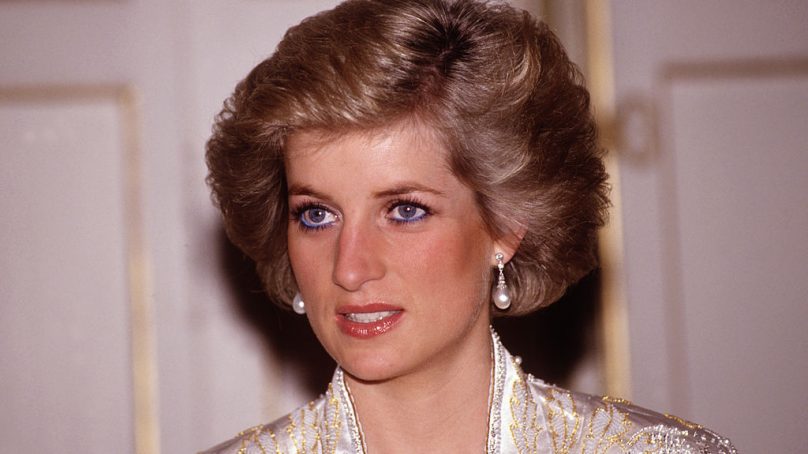 Days after the unveiling of Princess Diana Statue in Kensington, London, on what would have been her 60th birthday, the media delved, once again, into her private life and reminded the world of her rarely talked about relationship with Hasnat Khan, a Pakistani surgeon.

According to OK, an entertainment magazine, much is made of Princess Diana’s short-lived romance with Dodi Fayed, the Egyptian film producer she died alongside. But her truest romantic love was with unassuming and discreet doctor Hasnat Khan, a royal biographer claims.

Close friends say Diana made a habit of picking the wrong men who were emotionally manipulative and drawn to vulnerable women. But with Hasnat it was different. Diana first met the “gorgeous” 37-year-old British Pakistani surgeon in 1995, while visiting a friend who was in hospital. They began a serious relationship almost immediately after her divorce was finalised.

He was as understated as Dodi was flashy and as private as Dodi was public. And although they were together for two years, Diana and Khan were largely unknown as a couple.

They spent much of their time together in Kensington Palace, where they could avoid the cameras. When they ventured out, it was often in Hasnat’s Chelsea neighbourhood, sometimes with Diana wearing a dark wig and sunglasses.

“It was no casual fling,” royal author Ingrid Seward says. “She wanted to marry Hasnat and have a baby, a daughter in particular. She thought the combination of their different ethnic backgrounds would make a wonderful family.

“It was a fantasy, but one she enjoyed believing. And although it was never to be – Hasnat’s family expected him to marry a Muslim girl and he could not face becoming part of the Diana circus – she truly loved him.

“For that reason, I do not think she would have married Dodi.

“Dodi’s legendary charm and ability to provide Diana with everything she had ever wanted, was not enough. But he treated her like the princess she was.

“When he said ‘let’s go for dinner’, he would whisk her off by private jet to Paris take her to the Ritz.”

“The love of her life was Hasnat, not Dodi, who died with her and who she’d been in a relationship with for 30 days,” he said. “I think if the accident hadn’t happened, she’d have rekindled her romance with Hasnat.

“It may not have led to marriage but would have given some happiness. She would have found happiness in other ways, in helping others and in her sons’ marriages – and in their children.”

Hasnat, known as ‘Natty’ to Diana, had a two-year relationship with the princess, who is said to have described him as “Mr Wonderful”.

He worked 90-hour weeks and, like most surgeons at his stage of career, he simply wanted to sleep when he got home.

Diana is said to have thrown herself into his ‘normal’ routine. Her friends tell stories about how she pottered around his small one-bedroom apartment and tidied up, doing the dishes and folding his laundry. In May 1996, the year before her death, Diana even visited the Khan family in Lahore and reportedly considered converting to Islam.

Her friends have described Hasnat as the “love of her life”. He, however, has always been reticent about speaking of how much he may have meant to her or even how much she meant to him.

Hasnat attended Diana’s funeral ceremony at Westminster Abbey and in March 2008, in a written statement to Lord Justice Scott Baker’s inquest into Diana’s death, confirmed that their relationship had begun in the late summer of 1995.

He said that although they had talked about getting married, he believed he would have found the inevitable media attention “hell”. He also said he believed the car crash which caused Diana’s death was a tragic accident.

“Alone among the men who were Diana’s lovers, Khan has not sold his story for millions of pounds despite intense pressure from newspapers and publishers for him to do so,” the Telegraph reported during the inquest.

Hasnat lived in the UK for years, working as a cardiac surgeon, but while the inquest was in full swing, he left, returning to his family’s home in Pakistan.

He said his leaving was unrelated to the prospect of his being called to testify at the inquest. But he did admit in a rare interview with the Daily Mail that “the advice I have been given is that I cannot be called if I am overseas”.

In 2006, Hasnat married Hadia Sher Ali, the 20-something daughter of a noble Afghan family, in a lavish Muslim ceremony in Pakistan. The marriage was arranged by his parents. They separated after less than two years, for what he claimed were “multiple reasons,” although he admitted his relationship with Diana and the fallout, including the inquest, dominated his life at the time.

Although Hasnat was willing to reveal some details of his relationship with Diana, including that she visited his home in Pakistan, he was never willing to say why the two split up. “I’m sorry, but that’s something I cannot talk about,” he once told the Daily Mail.

Hasnat’s father, Abdul Rasheed Khan, said his son told the family that his relationship with Diana was doomed because of the cultural differences between the two.

“If I married her, our marriage would not last for more than a year. We are culturally so different from each other,” the father claims his son remarked to him.

“She is from Venus and I am from Mars. If it ever happened, it would be like a marriage from two different planets.” But the pair must have found some common ground.

Though his relationship with Diana and his subsequent marriage failed, Hasnat has since found love.

In 2017, he became engaged to Somi Sohail, a Muslim woman much younger than himself. He now lives in the UK and was pictured outside of his Essex home last year. The 62-year-old does humanitarian work in Saudi Arabia, Ethiopia and Pakistan.