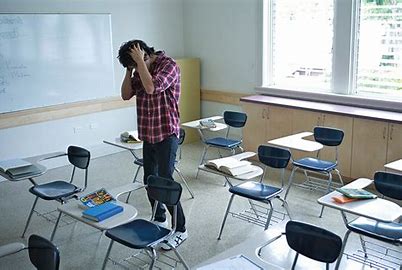 Graduate students around the world need more support to manage the mental-health issues, such as depression and anxiety, that they are experiencing at worrying rates, according to a report from two US non-profit organizations.

The study was co-produced by the Council of Graduate Schools (CGS) in Washington DC and the Jed Foundation (JED) in New York City. Nance Roy, JED’s chief clinical officer, says that the foundation, which works to protect emotional health in teenagers and young adults, wanted to examine the rise in mental-health problems among US graduate students.

There are few targeted programmes or policies to mitigate those problems, she says. “We wanted to include the graduate-student voice in our report, but not place the burden of change on them.”

CGS president Suzanne Ortega says that when the organisation, which represents about 500 universities in the United States, Canada and elsewhere, realised that its member institutions were noticing mental-health struggles among students, it sought to address the problem. Those institutions “were looking for resources and guidance,” says Ortega.

The CGS-JED report identifies challenges faced by graduate students, such as poor mentorship, the inability to access counselling services and a lack of training for non-academic careers. It also urges university administrators and members of campus communities to improve mental-health support services, revise leave-of-absence policies, and provide mentorship training for faculty members.

Mental-health problems among junior researchers are not specific to the United States, and are driven, in part, by the immense pressure on academic scientists to win funding, publish and land jobs in a brutally competitive market, says Katia Levecque, a psychology and law researcher at Ghent University in Belgium.

“The mindset in academia is very often one in which failure is not an option and where non-academic jobs are not an option,” she says. The pandemic has exacerbated the problem, but it existed well before that. A 2017 study that Levecque co-authored found that one in three PhD students is at risk of developing a mental-health disorder, especially depression.

Other studies have corroborated these findings. A 2020 mental-health survey of 13,000 junior researchers conducted by Cactus Communications, a scientific-communications company based in Mumbai, India, found that more than one-third (38 per cent) of respondents often felt overwhelmed by their work situation.

In a follow-up survey by Cactus, one anonymous PhD student in Europe said in a free-text response that being honest and open about mental-health struggles in academia is an important step towards tackling them.

Graduate students worldwide are starting to add their own voices to discussions on mental health: they are talking about their personal challenges, and saying that they can’t master them alone.

Arildo Dias is one of many junior scientists who are struggling with anxiety in uncertain times. He received his PhD in 2013 in plant biology from the State University of Campinas in Brazil, and in 2019 started an unpaid position as a guest researcher at Goethe University Frankfurt in Germany, where his wife had secured a postdoctoral placement.

He still has that post now. “It’s quite difficult to find a place where we can both stay and find paying jobs,” he says, noting that the pandemic has constrained work opportunities. “This has interfered with our personal lives because we had planned to have a family.”

The career uncertainty has caused a cascade of mental and personal struggles. “We are always thinking about the future. We don’t have security. We always have temporary contracts,” he says. “We always have the anxiety and stress that we’re not doing enough or should be doing more.”

These worries often drive early-career researchers to work long hours and prioritise their work at the expense of leisure pursuits and other aspects of their lives outside the laboratory. In a 2019 Nature survey of PhD students worldwide, 76 per cent said they worked more than 40 hours per week, and nearly 40 per cent were unsatisfied with their work-life balance.

Anindya Ganguly, a PhD student who studies mental-health issues in work environments at the Indian Institute of Management Calcutta in Kolkata, put his own health at risk by sometimes studying for 18 straight hours to prepare presentations for his two graduate courses.

“For the first two years of your PhD, it’s really difficult to do anything other than studying because you know that at any moment, if you slack, you are out,” he says.

The anxiety that he felt about progressing in his PhD programme, combined with a lack of sleep, took a toll on Ganguly’s mental health. “I would call my dad and cry, ‘I cannot take this pressure any more. This is affecting my health. I’m not getting sleep.’ But at the same time, I love research. I want to be a PhD.”

In March 2020, Ganguly says, he faced extreme isolation and loneliness, a common experience of researchers worldwide during the pandemic. As Covid-19 cases rose in India, his university closed and Ganguly returned home to Haroa, where he had no Internet access. Because of travel restrictions, Internet services couldn’t be installed in his home area until June 2020.

And, during the lockdown, a severe storm in Ganguly’s home region severed mobile-phone services, preventing him from reaching out to friends and family. “I wouldn’t get out of bed because I was totally shattered from within. I didn’t know what to do,” he says.

When power and phone connections were restored six days later, Ganguly contacted his supervisor, who helped him through the lockdown. “On the days I wouldn’t feel well, he would give me moral support and ask me to exercise and get some sun,” says Ganguly. “I was not very comfortable opening up to anyone, not even my adviser. But over time, I came to know that this is a person I could trust and rely on.”