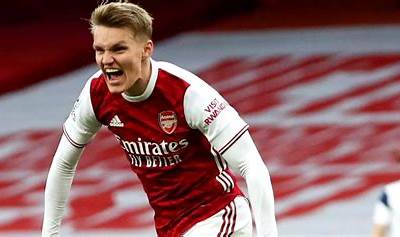 Real Madrid have reached an agreement with Arsenal to sign Martine Odegaard for a reported fee of €40 million (£34 million/$46.5 million) and the players was expected in London today (Thursday) to put pen to paper, according to reports in England and Spain.

At the same time Arsenal is said to be on the verge of sealing a deal with Sheffield United for goalkeeper Aaron Ramsdale for a reported fee of £24 million or $32.8 million (revised down from the asking price of £34 million/$46.5 million, which the latter had initially demanded from the Gunners).

A number of news outlets say the deal with the goalkeeper is expected before the of this week. The reports are backed by player transfers expert Fabrizio Romano who refers to Odegaard as “Arsenal new players.”

Besides, he says, “Aaron Ramsdale deal between Arsenal and Sheffield Utd will be also completed ‘very soon’”

Since the opening of the transfer window, Arsenal manager Mikel Arteta had prioritised a move for Odegaard after the Norway international impressed during his four-month loan spell in the Premier League last season.

Meanwhile, Metro reports that Madrid wanted to use this summer’s preseason campaign to assess Odegaard and determine whether he can challenge for a regular place in Carlo Ancelotti’s side.

Madrid had initially demanded a €60 million (£51 million $70 million) transfer fee for Odegaard, which led to Arsenal exploring the possibility of signing an alternative option in Leicester City’s James Maddison.

However, the Spanish club have now agreed to significantly reduce their valuation and did not register the 22-year-old for the start of their La Liga campaign which began on Saturday.

According to Onda Cero, Madrid have not included a buyback option as part of their deal to sell Odegaard but they have included a first-refusal clause which would allow them to re-sign the midfielder if Arsenal accept a bid from a rival club.

Madrid inserted the same clause in their sale of Achraf Hakimi to Inter last year. The Morocco international was sold to Paris Saint-Germain this summer but Madrid had the opportunity to match the French club’s €60 million (£51.3 million / $70 million) bid and could have resigned the defender after he made it clear that he was keen on returning to Spain.

Odegaard’s aim is to be registered and available for Arsenal’s Premier League clash against Chelsea on Sunday.