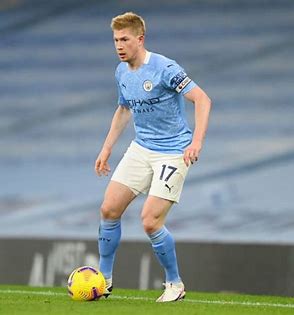 The football media is particularly silly today, with Lisandro Martinez getting his dream Manchester United shirt number allocated and then taken away again…

Well, what’s happened is that somebody at the MIEN has remembered that ‘Frenkie de Jong can grab dream Manchester United shirt number after contract decision’ (MEN, May 25) and that De Jong’s ‘dream shirt number’ is also 21. No wonder he’s stalling over the transfer.

But what’s this? ‘Manchester United target Frenkie de Jong has explained why he might not take No.21 shirt’ appeared in the MEN as recently as July 16.

That explanation came when he actually joined Barcelona and said: “I feel comfortable with that number. I could easily play with another number, it’s not a problem, but it’s nice that it also gives people a way of recognising me.”

‘The midfielder, who United have been chasing for 10 weeks now, wore the number at Ajax before Martinez, claimed it at Barcelona and also made it his own in the Dutch national team. It’s clear that the jersey means a lot to De Jong and it’s unlikely that United will take a potential deal sweetener off the table when the move is already proving difficult.’

Mediawatch is no expert but we suspect that Manchester United giving the No.21 shirt to Lisandro Martinez is not the potential game-changer the MEN would like to have us believe (today). If De Jong gets over the lack of Champions League football and the £17 million is owed by Barcelona, he can probably just about cope with wearing something other than a ‘dream shirt number’ that he is clearly – like most intelligent adult human beings – utterly ambivalent about.

If there’s one thing the Manchester Evening News likes more than a ‘dream shirt number’ it’s an ‘undroppable’. Two years ago, there were 18 of them.

Congratulations Erik Ten Hag because, two friendlies in, he ‘might have already discovered his first Manchester United undroppable’. Whoop.

On Monday in The Sun, miserable Mark Irwin wrote that ‘Arteta is more than happy to go into the new season without a recognised centre-forward as he relies on Jesus and Eddie Nketiah to fire Arsenal into the top four’.

And now on Tuesday his colleague Dave Kidd is asking what he thinks is a very clever question: ‘If Jesus really is a proper No.9, why didn’t Pep Guardiola play him there more regularly when City were without any other senior specialist striker?’

Kidd is not a daft man and he absolutely knows the answer to this: That Pep Guardiola believed that Jesus’ high-pressing style suited City better on the wings. And with four Premier League titles in five seasons, we suspect he might have believed right.

As the man himself said: “I’m a number nine! I’m a striker, you know. I’m so glad and I thank God every day that I can be alive, and that I can play in three or four different positions, but I think my position is nine.”

Stan Collymore has also been spouting about Arsenal and their signings of Gabriel Jesus and Oleksandr Zinchenko.

‘I know Arteta will point to the fact that both Gabriel Jesus and Zinchenko are winners. But, let’s face it, as good as they are, if you were to pick out five, or even 10, City players who were the driving forces behind all their trophy wins, would either feature?’

Well no, but Manchester City would not sell those players, would they? That’s a ludicrous argument.

‘Most people, if not all, would say they were bit-part players at best and, accordingly, there must have been a reason for Guardiola to use them as sparingly as he did. That might have been because he simply felt he had better players in their positions or he didn’t think either could give him the consistency he needed over eight, nine or 10 consecutive games.’

First, one club’s ‘sparingly’ is another club’s ‘regular’. Jesus played 2,570 minutes for City last season, which was more than all but four outfield Arsenal players.

And anyway, playing ‘sparingly’ for a team that has enjoyed Manchester City’s recent success is no barometer of a player; Mesut Ozil and Alexis Sanchez were both unwanted by Spanish giants and both initially thrived at Arsenal. And Zinchenko has clearly been sidelined at City because Joao Cancelo emerged as the Premier League’s best left-back.

‘Either way, it’s not like Arsenal are taking an Ederson or Kevin De Bruyne, or a Kyle Walker or Joao Cancelo. It’s not even like they’re taking a Riyad Mahrez, who played more regularly for Leicester than he has for City.’

No. Arsenal – who finished last season 24 points behind Manchester City – are not able to sign the best players from the champions.

Elsewhere in his Mirror column, Stan Collymore says that ‘Erling Haaland will be licking his lips about the prospect of facing a five-foot-nine-inch in central defender in the Manchester derby’ and claims that if he were still playing, he would be ‘eating a defender of that size for breakfast and I can imagine Dion Dublin, Chris Sutton and Alan Shearer thinking the same’.

Does somebody want to tell him that Lisandro Martinez is exactly the same height as Ballon d’Or winner Fabio Cannavaro? We seem to remember Shearer having more than a little trouble with him.