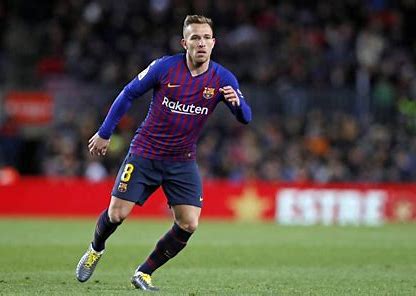 Reports at Emirates Stadium say Arsenal are “set to make an official bid” for Juventus midfielder Arthur Melo ahead of the 2022-23 campaign, six months after a similar move failed to materialise.

The 25-year-old previously spent two seasons at FC Barcelona between 2018 and 2020. He featured 72 times for them during this spell. Juventus splashed out an initial €72 million (£61 million / $72.9 million) to sign him before the 2020-21 campaign as part of a swap deal involving Miralem Pjanic.

Arthur Melo was impacted by injuries last term as he only started eleven times in Serie A. He also only started two of Juventus’ eight Champions League games. The centre-midfielder was linked with a move to Arsenal in January. This transfer did not come to fruition but the Gunners are now reigniting their interest in him.

Italian journalist Rudy Galetti is reporting that Arsenal are “set to make an official bid” for Arthur. He notes that the player is currently “out” of Juventus’ plans. His contract does not expire until 2025.

Calciomercato reported last week that Juventus value Arthur at €40 million (£34 million /$40.7 million), with an initial loan to Arsenal being most likely.

The Gunners have already signed four players this summer. Fabio Vieira joined them from Porto for around £34 million ($40.7 million). The midfielder has suggested that it is “an honour” for him to play for Arsenal:

“It’s been good, everyone has welcomed me and I’m ready to start this new challenge,” Vieira said (via Arsenal’s official website). “It’s a small injury I picked up one month ago with the national team but now I feel better and in a few days I’ll come back. I’m really excited, I can’t wait to get started and play with our supporters at Emirates Stadium. It’s an honour for me to be here.”

Vieira added: “I like to score goals but I prefer assists. I like to do the last pass and this is one of my best characteristics. I want to achieve getting into the Champions League. It’s really important for this club. We deserve it and we have to work hard every day to achieve that.

“Every game is for a win, and at Arsenal it’s the same. Every game and every day and every training session. I’ll try to do my best and have the mentality to win every day.