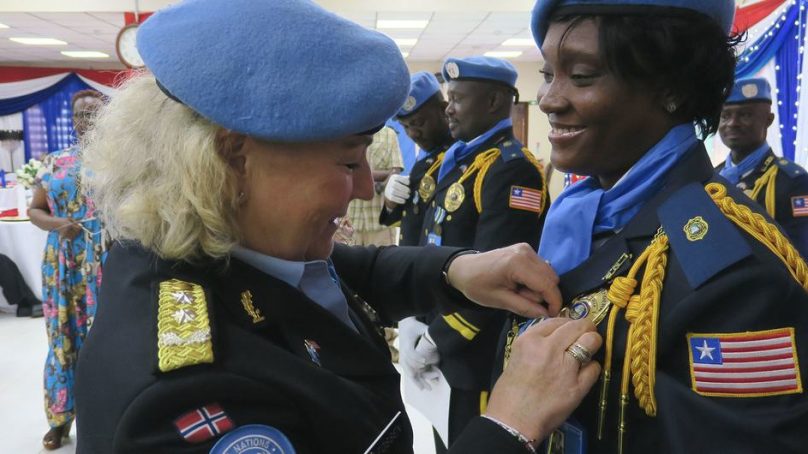 Growing up in civil war-torn Liberia gave nine young women a different outlook on life and was integral to them becoming police officers, a choice which saw them eventually land up in South Sudan as part of the first ever Liberian United Nations (UN) police officer detachment in the word’s newest country.

The nine Liberians were honoured with UN medals for their services to peacebuilding in South Sudan as part of the UN mission (UNMISS).

Speaking at the medal awards Alfreda Tozay said, “Our experience of a 14-year civil war and the impact UN peacekeepers had, is real and tangible for the people we are on the ground to serve. We benefited from peacekeepers and it is our honour to now serve in this young nation under the iconic blue flag.”

“Being shortlisted for UNMISS was a dream come true and as we enhance capacities of our local counterparts in the South Sudan Police Service daily we ask them to see us as an example of what a country and its women can achieve with help from the UN,” said Rachel Briggs with her countrywoman Elfreda Stewart adding, “We learnt from UNMIL (the former UN mission in Liberia) peacekeepers. Now as UNMISS peacekeepers, it’s time to give back to South Sudan.”