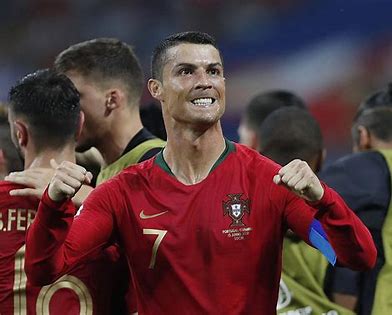 Cristiano Ronaldo is concerned that arch-rival Lionel Messi could break his Champions League goals record amid his desire to leave Manchester United this summer, according to reports. The Red Devils icon wants to depart Old Trafford ahead of the new season to continue playing in the elite European competition.

Ronaldo completed a blockbuster return to United last summer but it has not gone entirely to plan. The 20-times English league champions finished a lowly sixth in a disappointing campaign last term, although the veteran forward scored 24 goals across all competitions.

In scoring so many goals, Ronaldo extended his lead as the Champions League’s highest-ever scorer. Six goals in six appearances during last season’s competition elevated his overall tally to a staggering 140 Champions League strikes.

His nearest rival is Messi, who has 15 fewer goals in the competition. The Argentine moved to Paris Saint Germain a year ago and the French side endured a tough European campaign – being knocked out at the last-16 round by Real Madrid. Messi scored five times in Europe in 2021–22.

But according to Spanish publication Sport, Ronaldo still fears that Messi could break his goals record and wants to continue playing in the Champions League. One major issue facing the Portuguese star, though, is the lack of offers coming his way.

Chelsea, PSG and Bayern Munich have all reportedly turned down the opportunity to allow Ronaldo to reprise his Champions League career while Atletico Madrid do not have the economic means to make a deal possible.

Meanwhile, wide-ranging claims suggest the former Real Madrid ace has rejected an offer to play in Saudi Arabia as he seeks to remain in Europe.

Ronaldo has not featured for United during their pre-season tour of Asia due to personal reasons. New boss Erik ten Hag has insisted that he is planning for the campaign with Ronaldo central to his ambitions, and even revealed that the United legend has an option to extend his contract beyond the summer of 2023.

Ten Hag told Sky Sports: “I am well informed he also has an option [to extend his contract until 2024] no?”

“Of course, I have signed here for three years, but in football it’s short-term as well. We have to win from the start. So, I don’t look that far ahead. I have a strategy, it’s a process, it takes time, but in the end we have to make sure from the outset there is a winning team.”

But the Dutchman insists that Ronaldo is capable of fitting into a front three that is tasked with high-energy pressing, something the player was criticised for not doing last season. Ten Hag continued: “I think Cristiano is capable of doing that. In his career he has shown everything.

“I have set my demand. We want to play in a certain way. A top player can contribute and Ronaldo is an absolute top player in our squad. The players dictate the way you play. Especially players who score goals because they are extremely important for a team. You construct your team around them,” the mange explained.