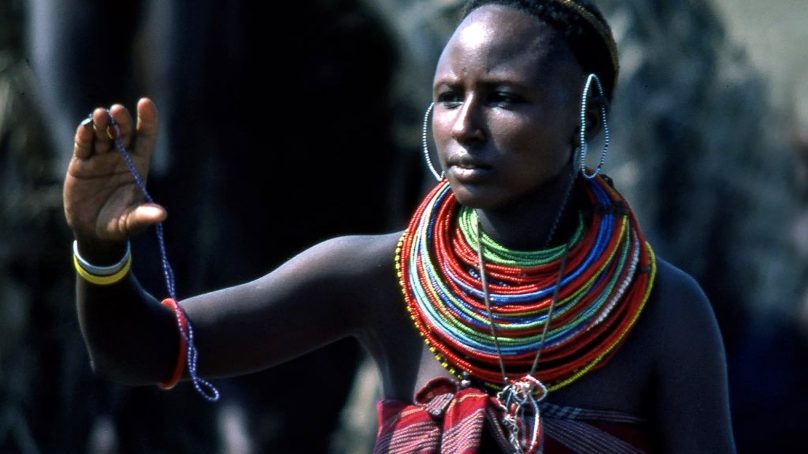 A study at the University of Zurich in Switzerland shows that a large proportion of existing medicinal plant knowledge is linked to threatened Indigenous languages. In a regional study on the Amazon, New Guinea and North America, researchers concluded that 75 per cent of medicinal plant uses are known in only one language.

The study evaluated 645 plant species in the north-western Amazon and their medicinal uses, according to the oral tradition of 37 languages. It found that 91 per cent of this knowledge exists in a single language, and that the extinction of that language implies the loss of the medicinal knowledge as well.

In Brazil, Indigenous schools hold an important role in preserving languages alongside cataloguing and revitalization projects like those held by the Karitiana people in Rondônia and the Pataxó in Bahia and Minas Gerais.

The project Ethnologue concluded that 42 per cent of the world’s more than 7,000 existing languages are endangered. Of the 1,000 Indigenous languages spoken in Brazil prior to the arrival of the Portuguese in 1,500, only about 160 are still alive, according to language research non-profit SIL International.

In a recent study, Bascompte and biodiversity specialist Rodrigo Cámara-Leret warn that the extinction of Indigenous languages equates to a loss of traditional knowledge about medicinal plants, which could reduce chances for the discovery of future medicines.

Many of today’s mass-market medications are derived from medicinal plants. They range from acetylsalicylic acid – commonly known as aspirin, whose active ingredient is extracted from white willow (Salix alba L.) – to morphine, which is extracted from poppies (Papaver somniferum).

As Indigenous groups traditionally rely on the spoken word for intergenerational knowledge transfer, the disappearance of these languages will take with it a universe of information.

From this, they concluded that in these regions, 75 per cent of the medicinal uses for medicinal plants are known in only one language.

“We found that those languages with unique knowledge are the ones at a higher risk of extinction,” says Bascompte. “There is a sort of a double-problem in terms of how knowledge will disappear.”

The Americas stood out in the study as a hotspot for Indigenous knowledge in which most of the medicinal knowledge is linked to endangered languages, and the north-western Amazon particularly proved to be a prime example of the double-problem mentioned by Bascompte. The study evaluated 645 plant species and their medicinal uses according to oral tradition in 37 languages and found that 91 per cent of this knowledge exists in a single language only.

Therefore, if a language is extinguished, as could happen with many in the Amazon in coming years, the medicinal knowledge therein will also die.

The Amazonian plants evaluated in the study were drawn from the book The Healing Forest: Medicinal and Toxic Plants of the Northwest Amazonia, written in 1990 by Richard E. Schultes, the North American author considered the father of ethnobotany.

By analysing the vulnerability of such medicinal species, the study found that the endangerment status of 64 per cent and 69 per cent of plants associated with endangered languages in North America and the north-western Amazon respectively have not been evaluated by the International Union for the Conservation of Nature (IUCN).

Due to this lack of assessment, less than 4 per cent and 1 per cent of species, respectively, are currently classified as threatened.

The researchers supplemented the limited data from IUCN conservation status reports with further predictions from a separate machine-learning study and concluded that “most medicinal plant species in our sample are not threatened”; however, they still note that “IUCN conservation assessments are still urgently needed for these plant species.”

While upholding this call for action, the study highlights that the loss of languages will likely have a greater impact on the extinction of medicinal knowledge than the loss of biodiversity. With regard to the maintenance of ecosystem services, cultural heritage is as important as the survival of the plants, as has been previously proven in scientific studies. But results from another study the same scientists led in 2019 showed that cultural and biological connections are inseparable – a concept further solidified by their new paper.

“We can’t ignore this network now and think only about the plants or only about the culture,” says Bascompte, pointing to the tendency to minimize diversity. “We humans are very good at homogenizing culture and nature so that nature seems to be more or less the same everywhere.”

At the beginning of September during the third cycle of the Amazoniar Project organised by the Amazon Environmental Research Institute (IPAM), artist and educator Denilson Baniwa spoke about this homogenization from an Indigenous perspective: “If I speak Portuguese this well, it is because, in a certain manner, my people and other peoples in Brazil were forced to understand the technologies, knowledge and information of other, mostly non-Indigenous, peoples, in order to be able to survive.”

“When we speak of preservation in Brazil, Indigenous schools hold an important role,” says Luciana Sanchez Mendes, a linguist specialised in Indigenous tongues. “It is at Indigenous schools located in the villages that children will learn – both in Portuguese and also in the community’s own language.”

An initiative to preserve the culture of the Karitiana people, the Pedagogical Lexicon of Karitiana Plants and Animals, was created during a study to be used as didactic material in bilingual education at the school on the Karitiana Indigenous Reserve in the Brazilian state of Rondônia.

“Linguists consider a language to be endangered when people stop speaking with their children in their native tongue,” says Mendes, who holds a post-doctoral degree from Brazil’s Roraima Federal University.

In Brazil, the devaluation of Indigenous languages has been in favour of Portuguese and Spanish – which have been dominant since colonial times – as Indigenous parents forego their native tongues in aims to equip their children for social success. Numerous other pressures on Indigenous peoples together with the recent deaths of leaders from Covid-19 have also caused cultural losses.

To help Indigenous peoples worldwide preserve, revitalise and promote their languages, Unesco has launched its Decade of Action for Indigenous Languages from 2022 to 2032.

“There is life outside English,” says Bascompte. “These are languages that we tend to forget – the languages of poor or unknown people who do not play national roles because they are not sitting on panels, or sitting at the United Nations or places like that. I think we have to make an effort to use that declaration by the United Nations to raise awareness about cultural diversity and about how lucky we are as a species to be part of this amazing diversity.”

Covid vaccine boosters: Scientists differ on whether a third shot will lock out new infections