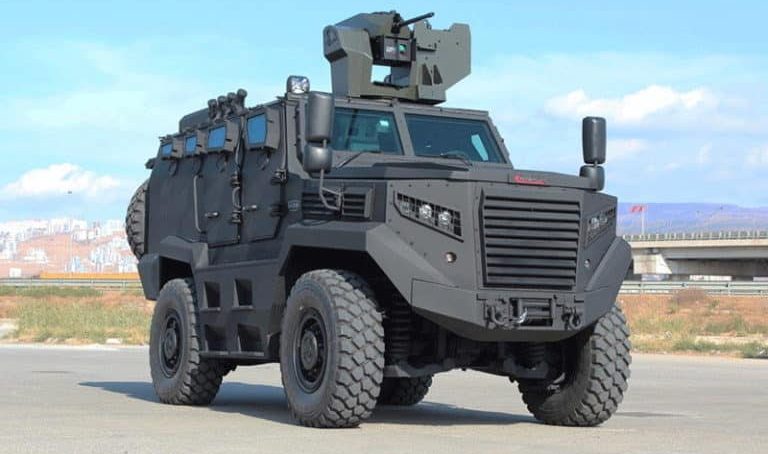 Kenya will start to receive the 118 Hizir armoured personnel carriers (APCs) it ordered from Turkey’s Katmerciler in early 2022.

In July, Katmerciler said the contract, signed with the Kenyan Ministry of Defence, will see the vehicles delivered between 2022 and 2023. It is the company’s single largest export deal.

“Katmerciler is one of the key vehicle manufacturers in Turkey’s defence industry and its vehicles attract great attention from different areas of the world,” said Gönenç. “Therefore, we will keep on supporting the high performance and success of these vehicles equipped with Allison fully automatic transmissions as they go about their demanding work.”

In January, Kenya Defence Forces (KDF) spokesperson, Colonel Zipporah Kioko, told Kenyan publication The Star that the department of defence was finalising the deal for the vehicles at a cost of around Sh7.7 billion ($69 million).

Kenya has been seeking the procurement of new armoured personnel carriers since at least 2020, apparently attracting bidders OTT, The Armoured Group and International Armoured Group. The Star reported that three firms had applied for the tender but only Katmerciler met the user specifications.

The new vehicles are set to be used to replace those lost in combat and “to mitigate shortcomings in force protection, firepower and mobility in a changing security environment.”

Kenya has lost a number of APCs in Somalia to al Shabaab militants. It mainly operates Puma M26, Bastion, and WZ-551 APCs.

Kenya’s order comes after Uganda received Hizir vehicles last year. At least 15 vehicles were exported to the country in 2020 in the type’s first export sale.

The Hizir recently entered service with Turkey’s military. It can carry nine personnel, including driver and commander. The vehicle has a gross weight of 16 tonnes and has a V-hull for landmine and improvised explosive device protection. It is powered by a Cummins six-cylinder diesel developing 400 hp, giving a top speed of 110 km/h and range of 700 kilometres.

The Hizir can be built in a number of configurations, including combat, command and control, CBRN, weapon carrier, ambulance, reconnaissance and border security. It can be fitted with an Aselsan SARP turret with machineguns or an automatic grenade launcher.