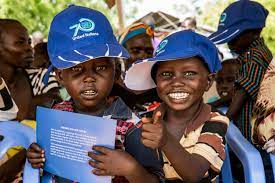 Stakeholders involved in transitional justice processes in South Sudan have adopted a joint strategy and plan of action to accelerate the implementation of the 2018 Revitalised Peace Agreement and save the populace from further starvation, the team announced on Wednesday.

The approval noted that the “Conference on sustaining momentum for transitional justice in South Sudan,” held virtually and in Nairobi from December 13-15 must accelerate the implementation of the peace agreement to prevent a slide back into conflict.

The Director of the Coordination Division at the UN Office for the Coordination of Humanitarian Affairs (OCHA) Wafaa Saeed also briefed the UN Security Council and explained that South Sudanese faces the highest levels of food insecurity since independence in 2011 and the renewed conflict, which began in 2013.

The latest IPC analysis, indicates that between April and July, 7.2 million people were estimated to be at crisis phase, of which 2.4 million are at emergency phase. Around 108,000 people in six counties faced catastrophic levels of acute food insecurity.

Nicholas Haysom, Special Representative of the Secretary-General for South Sudan briefs Security Council members on the situation in the Sudan and South Sudan.

And some 1.4 million children under the age of five and 480,000 pregnant or lactating women, are estimated to be acutely malnourished and in need of treatment – the highest number since 2013.

According to IOM’s Displacement Tracking Matrix around 300,000 people were newly displaced between March and October, bringing the number of internally displaced people to two million.

Some South Sudanese are also leaving the country, with around 70,000 people crossing over into Sudan this year alone. On top of all other challenges, Ms Saeed said, the effects of climate change are being felt. Since May, catastrophic flooding for the third consecutive year has affected some 835,000 people.

In her briefing, the OCHA officer recalled the story of one of the victims, Nyawuora, a 40-year-old mother of nine children, who moved to the Bentiu camp after losing her home in a flood.

She is now one of the more than 100,000 people living in the camp, which the coordinator called “an expanding city,” where tens of thousands of people are facing a Hepatitis E outbreak and serious risks of increase in waterborne diseases.

Over the years, two million people have been displaced in the country. The coordinator said that “return may not be an option” for many, turning some of the camps into permanent urban or suburban settlements.

“This needs to be recognised and steps should be taken to support people wherever they chose to stay. Long-term planning will be required to address this new phenomenon,” he argued.

Ms Saaed also informed that South Sudan “remains one of the most dangerous places in the world for aid workers.” In 2021, four aid workers have been killed.

Between January and October, humanitarian partners assisted some five million people across the country. They have also conducted a “massive multi-sectoral response,” which has helped so far to avert famine.

More than 500,000 people in the six food-insecure counties were provided with food assistance, protection, health, and water, hygiene and sanitation services. More than 46,000 children under age five and pregnant and lactating women received therapeutic nutritional services.

The 2021 South Sudan Humanitarian Response Plan is funded at about 68 per cent, but many sectors such as health, nutrition, protection, are severely underfunded. For next year, the plan requires $1.7 billion to support 8.4 million people in need.

Chapter 5 of the 2018 Agreement calls for “a wholistic and comprehensive programme of transitional justice,” including the establishment of a Commission on Truth, Reconciliation and Healing.

For Ms Sooka, “If done well, this has the potential to restore the trust of South Sudanese people in the State, and to signal the government’s commitment to work for all its people, irrespective of ethnic identity.”