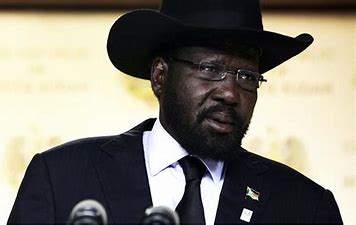 South Sudan President Salva Kiir has announced that the East African nation will go to the polls in 2023, but United Nations mission that is shepherding the Revitalised Peace Agreement casts doubts on the likelihood of elections without disrupting further the fragile peace.

UN Special Envoy to South Sudan Nicholas Haysom, in an address to the Security Council on Wednesday December 15, warned of new “headwinds” that could threaten the country’s fragile peace accord following years of brutal civil conflict, if Juba goes ahead with elections plan without international support to avoid a return to conflict. To Haysom, elections in 2023 will prove “a dramatic challenge” in the transition next year.

“I call on the parties to muster a renewed sense of political will and build trust, to avoid a state of paralysis, and, in a worst-case scenario, a collapse of the peace agreement,” Haysom said.

The world’s youngest nation has been mired in instability and conflict since gaining independence from Sudan 10 years ago.

In 2018, President Kiir and his former Vice-President and long-time political rival Riek Machar, signed the agreement hoping to end the crisis. When the Special Representative last briefed the Council, in September this year, he noted “significant strides”, but his assessment was more cautious on Wednesday, pointing to “reduced momentum.”

“The steps taken so far in the implementation of the Revitalised Peace Agreement are welcome, however, they are not sufficient if the peace process is to be sustained,” he argued.

One of the challenges is the establishment of the Necessary Unified Forces, which the Representative called “an initial step in a complex but essential process of constructing a national army.”

On December 8, Mr Haysom met with Salva Kiir, and raised his concerns. After the meeting, the Joint Defence Board announced some progress on the Implementation of the transitional security arrangements.

The envoy expects the “domestic political temperature to rise” as elections draw closer, and he is “deeply concerned” at the restrictions on civic space.

He told ambassadors he was concerned about the slow operationalisation of parliament, which might cause a “logjam” on critical bills to facilitate constitution-making, elections preparations, the establishment of national justice institutions, adopting the national budget, and public financial reforms.

In regard to protection of civilians, the permanent ceasefire is holding. The number of civilian casualties attributed to localised violence has roughly halved in 2021, compared to the same period last year.  Mr Haysom attributed this “partly” to the actions of the UN Mission (UNMISS).

He warned Council members however, that civilians still bear the brunt of the conflict, “perpetuating cycles of trauma and revenge that undermines the prospects for longer-term reconciliation and societal healing.”