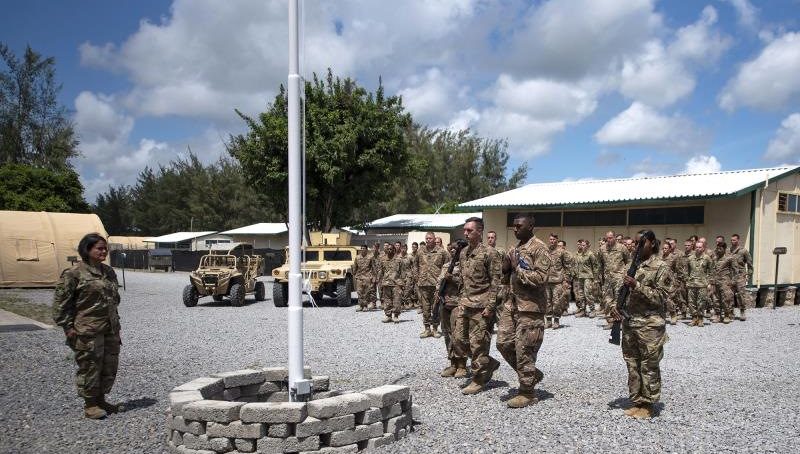 Kenyan President Uhuru Kenyatta has upgraded Naval Station Manda Bay to a naval base due to its strategic importance in enhancing counter-terrorism efforts and maritime security.

In a ceremony at Manda Bay on September 23, Kenyatta said the military installation will now gain expanded operational autonomy as it sets out to become a more geo-strategic facility for national, regional and global security operations.

“Given the growing investments in this part of our country and the promise of the maritime domain, Manda is an invaluable listening and watching tower for Kenya and Kenyans.”

In order to fulfil the country’s development agenda without external disruption, President Kenyatta said the expansion of the naval base’s operational autonomy was meant to establish a military installation with adequate capacity to respond to all forms of enemy aggression.

“The Kenya Navy Base Manda Bay is of utmost significance in enhancing counterterrorism efforts and maritime security, besides protecting the country’s port infrastructure. In addition, this base boost security in the region and guards vital trade routes that are the lifeblood of international commerce,” Kenyatta said.

The Head of State singled out the Lamu Port-South Sudan-Ethiopia-Transport (LAPSSET) Corridor projects such as the new port, roads and other supporting infrastructure as some of the prized national and international investments that the military base is tasked to proactively protect round the clock.

“The LAPSSET project and road improvements from Hindi through Bargoni, Bodhei, Baure and Kiunga are ongoing. We are steadfastly committed to making the Boni area a peaceful and stable economic hub. Those infrastructure projects will support the livelihoods of our people within the region,” the President said.

He pointed out that emerging maritime security challenges require responsive multilateral approaches, saying Kenya will continue to actively engage with her partners to improve its naval capabilities, and assured that the Government will continue allocating adequate resources to the Kenya Defence Forces to enable them fulfil their mandate of securing the country’s interests.

Chief of the Kenya Defence Forces General Robert Kibochi said the Kenya Navy Manda Bay Base is a strategic installation recognised for its centrality in securing maritime trade in the Indian Ocean from the vantage Lamu archipelago.

Manda Bay played a key role in the capture of Kismayu in Somalia by the Kenyan military during operations in September 2012. The FOB was crucial in planning during Operation Linda Nchi, a cross-border offensive against the Al-Shabaab who had been making regular trips into Kenyan territory and causing chaos.

The base is strategically located and has since 2010 been used as a launching-pad for major operations to counter terrorism and deter international crime.

During the September 23 ceremony, Kenyatta toured a monument and the site at the base where terrorists attacked in January 2020, resulting in the deaths of three Americans and an undisclosed number of Kenyan soldiers.

Manda Bay features a jetty, airstrip with 1.3km runway, hangars, helipad, sickbay and trauma centre. Since 2004 it has been hosting a US government Forward Operating Location under operational control of the Combined Joint Task Force-Horn of Africa in Djibouti.