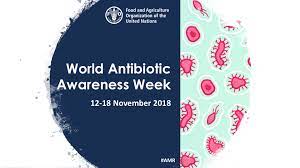 Kenya’s coastal region of Mombasa has been singled out for inappropriate use of antimicrobials in animals, which has become a global concern, according to study by World Animal Protection ahead of World Antimicrobial Awareness Week.

The study conducted in November and December 2020 consisted of a cross-sectional survey targeting veterinary drug stores (agrovets), pharmacies, farmers and the public in Kenya to determine the knowledge and practices that result in antimicrobial resistance.

The study attracted a total of 1,142 participants in 19 out of 47 counties. The study findings show that antibiotics were the most sold products in 58 per cent of agrovets and 43 per cent of pharmacies surveyed. Antibiotic sales contributed significantly to total revenue in both stores, 38.8 per cent in pharmacies and 30 per cent in Agrovets.

Although levels of knowledge on antibiotics and AMR were relatively evident, improper practices were evident in all study categories. For example, self-prescription, failure to complete prescribed dose and sharing of antibiotics was reported.

Every time an antibiotic is given to an animal or consumed by a human, basically it is an opportunity for that bacteria present to get used to that antibiotic and possibly mutate to be resistance.

Dr Victor Yamo, the farming campaigns manager for World Animal Protection said, “The main objective of this study was to explore the levels of antimicrobial resistance knowledge and prescribing practices among veterinary and human drug vendors, farmers, and the public.

Knowledge and practices related to antibiotics among respondents showed significant gaps and need an urgent effort to mitigate such practices.  Antibiotics were the commonly sold product in human and veterinary stores. This contrasts with the low sales of vaccines and other biosecurity measures.

A concerted effort is urgently needed to sensitise need for responsible use of antibiotics in human and animal health. For instance, farmers need to shift from low welfare practices in which antibiotics are misused to cover up poor welfare, and adopt higher animal welfare standards that ensure animals live a healthy life.”

Despite having had World Antimicrobial Awareness Week (WAAW) since 2016, the level of awareness of this week-long event that runs from November 18-24 every year was found to be low.  Eighty-one per cent of general public interviewed and 80 per cent of farmers were not aware of WAAW.

This calls ramped up efforts for a comprehensive action during this year’s WAAW in human and animal health as the country learns from the recent National Action Plan for the reduction of AMR next year.