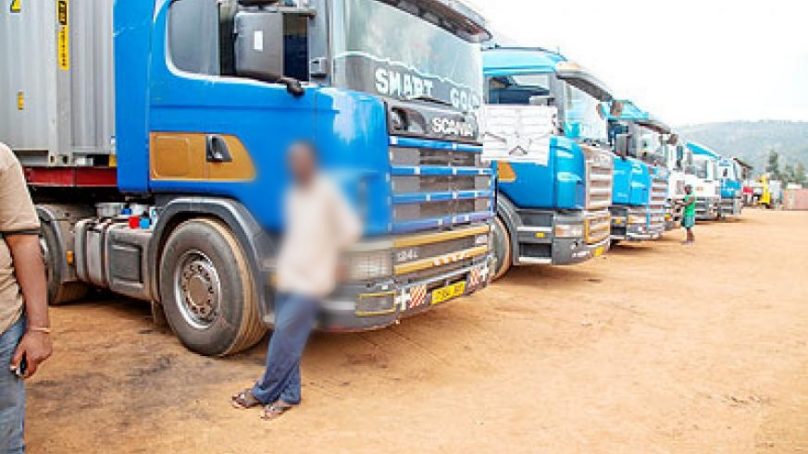 South Sudan is bracing for a sharp rise in consumer goods prices after more than 3,000 drivers from Kenya and Uganda went on strike to protest spiralling insecurity on roads that link the frontier town of Nimule to the capital Juba, and towns further north.

The protest follows a spate of killings in which 15 truck drivers from Kenya and Uganda have been killed in the past one month and goods in transit worth millions of dollars stolen by armed gangs between Nimule and Juba and Juba Yei.

A Voice of America report that quoted truck drivers and South Sudan People’s Defence Forces (SSPDF) commanders acknowledged the rise in banditry with the military promising enhanced security on the highways to ensure free-flow of supplies.

Dozens of militia groups, that have defied efforts to integrate the army factions with fierce ethnic loyalties to create national army and police, still operate in South Sudan, where improvised explosive devices, guns and ammunitions are easily available.

Devoid of a vibrant agricultural sector and a functioning manufacturing sector, South Sudan depends on neighbours Kenya and Uganda for industrial and agricultural supplies, which the regime in Juba is worried will worsen the coronavirus situation in a country that is also grappling with high incidence of malaria, waterborne diseases, HIV/Aids and bovine-related diseases (as South Sudan communities are traditionally herders).

Earlier in the week, VoA reported that hundreds of commercial trucks carrying goods bound for South Sudan have stopped at the borders this week, with drivers refusing to complete deliveries because of insecurity.

By Saturday April 10, there was no progress in talks with the regime in Juba to resolve the impasse that it likely to hurt importers, transporters and suppliers.

Interviewed, David Kirotho Mathinde, the chairman of the Kenyan Drivers Association, said attacks on roads linking Juba to the towns of Nimule and Yei have claimed the lives of several foreign truckers in recent months.

Mr Mithinde said the truckdrivers had vowed not leave for South Sudan until the government assured them security along the roads.

“You see, these guys have been hijacking people – not only hijacking people, but killing drivers,” Mathinde said. “If the government of (South) Sudan is not going to take any action…we are going to discuss this issue with our (Kenyan) government and make sure that no person will enter that country.”

Mathinde said that drivers often put their lives on the line to deliver food to countries such as South Sudan and Congo, which struggle with food insecurity and that it’s not fair that they are being targeted.

He said the association has asked South Sudan’s government several times to boost security, but nothing much has ever been done. All the drivers want, he said, is protection.

“Let them make sure that we have full support of security,” Mathinde said. “No driver should be killed, no goods should be stolen.”

Domic said that it was resolved in a SSPDF strategic security meeting that the forces along the road from Juba to Nimule and from Juba to Yei had to be reinforced. The security forces have been reinforcing since Friday, he said.

Domic promised that the army will ensure the roads are safe for the movement of all commercial trucks, and for humanitarian operations.

Daniel Deng, an official in charge of border agents in the town of Nimule, said there are about 3,000 trucks parked on the Uganda side of the border.

He said if the standoff continues, prices of fuel and food in South Sudan may start to rise because the landlocked country is dependent on goods transported through its neighbours.