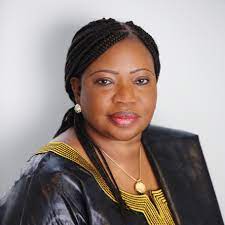 US President Joe Biden’s cancellation of punitive sanctions targeting the International Criminal Court (ICC) removes a serious obstacle to the court’s providing justice to the victims of the world’s worst crimes, Human Rights Watch has said.

In the first week of April, Biden revoked a June 2020 order by then-President Donald Trump authorising asset freezes and entry bans to thwart the ICC’s work.

In announcing the repeal of the executive order, Secretary of State Antony Blinken said that “[t]hese decisions reflect our assessment that the measures adopted were inappropriate and ineffective.” The State Department also lifted existing visa restrictions.

“The Trump administration’s perversely punitive sanctions against the ICC showed stark contempt for the victims of grave international crimes and the prosecutors who seek to hold those responsible to account,” said Richard Dicker, international justice director at Human Rights Watch. “In removing this unprecedented threat to the global rule of law, President Biden has begun the long process of restoring US credibility on international justice through the ICC.”

The Trump administration put the sweeping executive order into effect in September, when it imposed sanctions on the court’s prosecutor, Fatou Bensouda and another senior official, Phakiso Mochochoko. It had repeatedly threatened action to thwart ICC investigations in Afghanistan and Palestine. In 2019, the Trump administration had revoked the prosecutor’s US visa.

Human Rights Watch had urged the Biden administration to rescind Trump’s executive order as a matter of priority. The Trump administration’s order was a threat to the global rule of law and the court’s work in bringing justice to victims.

It also created apprehension and uncertainty for nongovernmental organizations, consultants, and lawyers who work with the ICC in investigative and adjudicative capacities. Several academics and practitioners who provided expertise to the Office of the Prosecutor or represented victims before the court challenged the constitutionality of the executive order in two lawsuits in US federal court.

Several US lawmakers spoke out after the order was used to sanction the two ICC officials, as did ICC member countries, the European Union, and nongovernmental organizations in the US and globally. Significantly, ICC member countries repeatedly affirmed their collective support for the court, including during their most recent annual meeting, in December.

Even while repealing the order, though, the Biden administration made clear it continues to oppose the “ICC’s actions” in the Afghanistan and Palestine situations. In response to the ICC prosecutor’s March decision to open a Palestine investigation, Secretary of State Antony Blinken reiterated US opposition to such an inquiry, contesting the court’s jurisdiction over the situation. The prosecutor’s investigation provides a long-awaited path to justice for both Palestinian and Israeli victims of serious international crimes, Human Rights Watch said.

The organisation demanded that ICC member countries should act on the lessons of the executive order’s repeal and voice their support for the court. The countries that created the ICC should stand ready to protect its crucial role against any action aimed at undermining its independence as a court.

With the punitive sanctions no longer in place, the US government should review its future engagement with the ICC. A US State Department spokesperson had previously indicated that the administration might consider resuming cooperation with the court in “exceptional cases.”

While differences will remain between Washington and the court, the Biden administration should seek regularised cooperation with the ICC. Justice through the ICC can advance important US policy interests, as the February 4 conviction of Dominic Ongwen, a former leader of the brutal Lord’s Resistance Army, demonstrated.

The Ongwen case highlighted the very constructive role that can be played by the US, which provided essential support for his surrender to the court in 2015.

While the US should work toward joining the court’s founding treaty, the Rome Statute, even as a non-member it can advance ICC cases by providing evidence, cooperating in the arrest of fugitives, calling for and endorsing UN Security Council actions to support the court, and engaging in discussions at the Assembly of States Parties that consists of the ICC’s 123 member-countries.

“The ICC has its limitations, but its role as a court of last resort for the worst crimes is needed now more than ever,” Dicker said. “The Biden administration should back the ICC to ensure that victims get a chance for justice and that cooperation should be the rule, not the exception.”