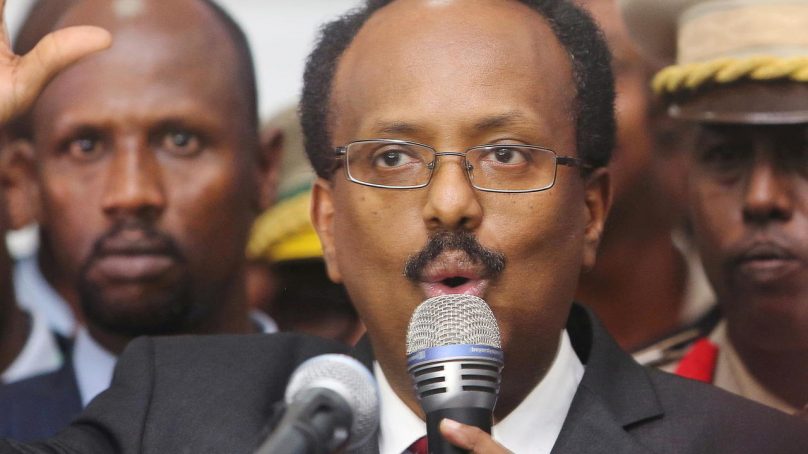 International partners in the Somali conflict will have to look beyond “indirect democracy” to unravel the decades-long crisis that is billed a primary source of insecurity in the Horn of Africa and the Indian Ocean piracy menace.

The shift in tone and tenor in pacification of Somalia follows a decision by national parliament to defy a resolution to hold elections for a new government on February 7 this year.

The abortive election would have ushered in a new phase towards universal suffrage, which has remained a mirage since the last warlord-controlled government was driven out of the capital, Mogadishu, in 2004.

The presidential election has since 2004 been determined by clan representatives, who are often forced deflect suspicions of bribery in determining the composition of government. Initially, it was accepted as means to universal suffrage.

However, the system has been morphed into a gravy trail with the rich and powerful abusing it to remain in control of the economy that thrives on piracy, contraband and counterfeits.

As the crisis on Mogadishu remains unresolved, neighbouring countries – Kenya, Ethiopia and Djibouti – have expressed concern that they will be forced to spend more resources on security as the impasse persists.

Their concerns have been relegated to the backburner, prompting Nairobi to order the closure of Dadaab refugee camps citing threats to national security and territorial integrity.

In the wake of the political and security swashbuckling in Mogadishu, issued the United Nations High Commission for Refugees (UNHCR) an ultimatum to shut down Dadaab camp and move refugees to Somalia.

Kenya alleges the camp, with a population of about 500,000 refugees, is a breeding ground for terrorism, hence the push to move them to their homeland.

Kenya, Ethiopia and Djibouti are some among troop contributing countries to the African Mission in Somalia (Amisom) and often, have faced retaliation Islamist militia and lately, the Farmajo administration that the 24,000 peacekeepers be withdrawn.

The other countries with troops in Somalia are Uganda, Burundi, Morocco, Sierra Leon and Nigeria.

Kenya and Somalia are also entangled in maritime border dispute, which Farmajo is said to ramping up rally support at home against Nairobi. The Somali president has gone further and severed diplomatic ties with Nairobi to put pressure on its neighbour in the south to recall troops from Jubaland.

The European Union and the United States have already sent out strong warnings to the mandarins in Mogadishu to stick to “indirect democracy” agreement of September 17, 2020 or risk unspecified consequences.

EU, through its presentative Josep Borrell, in a dispatch a day after the disputed vote, said, “Yesterday (April 12), the Lower House of the Somali Parliament voted to a de-facto extension of the mandate of the president and the federal government by two years following the impasse on the electoral process, which should have been finalised by February 8, 2021. This action undermines the longstanding effort, supported by the EU and the international community, to rebuild Somalia through consensus.”

The response from Somalia left no doubt the country is not ready to put behind its years of conflict and bloodletting.

A presidential aspirant in the election that had been scheduled for February Abdirahman Abdishakur warned of repercussions unless the President Mohammed Abduallahi Mohammed Farmajo bowed to domestic and international pressure for peaceful transfer or retention of power.

According to Abdishakur, “The forum, in consultation with the various actors of the Somali society, will take necessary steps against an unconstitutional term extension and take measures to find a solution for the transition period.” “Forum” refers to a grouping of opposition leaders that had expressed interest in the presidential seat.

Such intransigence in either side has been a precursor to war and Farmajo has been thirsting for war to divert calls for accountability and transparency. The regime in Mogadishu has been described one of the most corrupt in the world.

Somalia was expected to go the polls on February 7 this year but the tussle for power and control of resources between the semi-autonomous regional governments and the Farmajo-led national government, has created a stalemate that threatens to reignite the ever-simmering clan hostilities.

Clan militias, with the financial and military support foreign Islamist groups, have taken advantage of the volatility to infiltrate the Horn of Africa with a vision to create an Islamic caliphate that would include eastern Africa and bastions of central and southern Africa.

Already, Al Shaabab and its financier Al Qaeda, have established cells in Mozambique.

The opposition in Somalia concurs with the international community on the need for consensus of power structure and modalities to realising it.

However, “consensus” and “indirect democracy” have become a sonorous ambiguity, with critics calling for an alternative approach with rigid timelines that actors in the Somali conflict will adhere to. For more than 18 years, there have no sign of Somalia shedding its bloody past.

Abdishakur, opposed to the tenure extension, says, “I welcome statement from the Somali National Salvation forum but the time of continuous statements is finished and it is time to move to elect a new president. Only action will put Farmajo madness out of business.”

In the US, the State Department, Secretary of State Antony Blinked was unequivocal in his assessment of the extension of the tenure of Farmajo.

In Blinken’s words, “I am deeply concerned about the continued delays to elect new leaders in #Somalia. Peace and security hang in the balance as Somalia’s leaders wrangle for power. I encourage all sides to find a common approach to break this political impasse and not abuse the legislative process.”

In response Blinken’s warning, some Somalis urged America and Europe to graduate from “platitudes” to tough decisions if the peace process is to make progress.

“With all due respect, time for platitudes and diplomatic statements is long gone. It’s time for Flag of United States (sic) to take concrete steps against those who wilfully undermined the rule of law, Somali constitution and stability of a fragile nation. Anything less will push Flag of (sic) into abyss,” a Somali responded Blinken’s tweet.

A day before the Parliament in Mogadishu voted to extend the tenure of President Farmajo and the national Parliament, international partners led by the African Union, the European Union, the United States and the Inter-Governmental Authority on Development (Igad) cautioned the parties against reneging on the September 17 agreement. In the communique, international partners also warned against “support any parallel process, partial elections, or new initiatives leading to any extension of prior mandates.”

In addition, Borrell told Mogadishu, “The European Union believes that the passage and signing of this resolution will divide Somalia, impose additional delays and constitute a grave threat to the peace and stability of Somalia and its neighbours. It certainly does not serve the interests of the people of Somalia. We call for an immediate return to talks on the holding of elections without delay based on the September 17 agreement. Failing this, the EU will consider further concrete measures.”