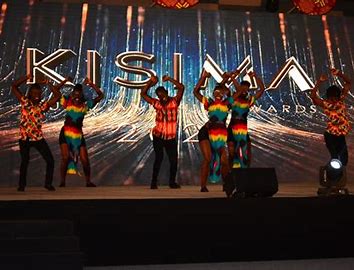 Rendered helpless and idle by the recent rigid Covid-19 containment measures, stakeholders in Kenya’s entertainment and hospitality industries want the government through the Ministry of Culture, Sports and Youth to bail out artistes and film-makers who depend on them for a living.

In a statement, Kisima Music and Film Awards, which is recognised for its support for art and film in Africa and the Diaspora, says the regimens enforced by the government, while necessary, have negatively impacted on the artistes’ revenue streams and in turn affected their livelihoods.

In the absence of material and financial support, Kisima and Films Awards organisers, suggest the government should relax a few of the containment measures to enable musicians, deejays, dancers, sportsmen and women, and other cadres of performing artistes to return to work but under the strict adherence to the ministry of health protocols.

“The Covid-19 containment measures have had an adverse effect on Music and Film Industry in Kenya. The measures that have been in effect for the past 12 months, while aimed at curbing the spread of Covid-19, have impacted negatively on meetings, incentives, conferencing, exhibitions (MICE) countrywide. Music and film artistes, who solely depend on entertainment and events aspect of MICE, have been impacted directly with the majority of them being taken back to the Poor House,” the statement dated April 9 and signed founder and chairman Fred Simiyu, reads.

‘Poor House’ in the entertainment industry lingo refers to beggary or a life dependency.

During a tour of Nairobi a week after he announced measures, President Kenyatta ruled out relaxation of the Covid-19 containment regimens, explaining that he was only acting on the advice of doctors and other professionals.

Workers in the two sectors of the economy had a few days easier protested that they were blamed for the spread of the virus yet it was the political class that had flouted the coronavirus protocols.

When the measures touched off hue and cry last year, chief executive of Kenya Film and Classification Bord Ezekiel Mutua said explained only artistes and musicians who upheld mora values would get government subventions to mitigate against the pandemic. The money that given out by the government did not reach would-be beneficiaries.

In a tweeted response, Dr Mutua said, “The entries for Covid-19 relief for film production must be based on content that upholds our culture, moral values and is compliant with film regulations in Kenya. They should aim at promoting measures to mitigate the spread of coronavirus.”

Before the outbreak of the pandemic, the entertainment industry in Kenya was on the bounce, prompting Kisima Music and Film Awards to expand from its original jurisdiction that was limited to East Africa to bring the rest of Africa and African Diaspora on board. In addition to geographical reach, the organisers increased the number of award categories.

Consequently, the growth of Kisima Music and Film Awards received the support of the government and its agencies, in addition to eliciting the interest of the private sector to ensure that artistes reaped reward from their creativity and performance.

For music producers, things were looking even brighter having received Ksh33 million ($30,556) in royalties collected between August 2019 and January 2020. The pandemic reversed the gains since the coming into force of the copyright laws.

“Music has been disrupted a lot because recording has become harder. You can’t trust visitors to the studio or on shoot location. In addition, many locals no longer accept visitors from other places in fear of spreading the Covid-19 infections,” Steve Kipande, the chief executive of Grip Empire, a production house, observed when the measures began taking effect.

Mr Kipdande explained further that it was difficult to organise group events, such as weddings, funerals, parties, roadshows, which require the input of artistes.

“Choirs don’t meet anymore because of the social distancing protocols and outdoor shoots in the city cannot happen. Many musicians fear spending money on production because they don’t know what may happen tomorrow. Production is slow,” he explained.

In the wake of the government coronavirus control measures that restricted movement in out of Nairobi, Kiambu, Kajiado, Machakos and Nakuru, workers in the hospitality and entertainment industry complained that the measures were discriminatory and appealed to the Cabinet Secretary for Internal Security Fred Matiang’i to review curfew hours and orders on restaurants and bars.

Kisima Awards organisers said of the plight of artistes: “The Public Order Number 2 of 2021 on coronavirus pandemic that was issued on March 26, 2021, [which] enhanced the containment measures to stave off the third wave of Covid-19, has exacerbated their (artistes) situation to dire straits, with some forced to beg for alms and handouts to be able to feed themselves and families.”

“Therefore, as key stakeholders in the industry, Kisima Music and Film Awards appeals to President Uhuru Kenyatta to, among other things, “Cause the Ministry of Sports, Culture and Heritage to map out and directly support the music and film artists, who are mainly the youth of Kenya as the impact of curfew among other containment measures have been devastating to the mental health.”

The stakeholders also want the president to review “the curfew hours from 8.00pm in the five Counties considered diseased areas to at least midnight for the artists to ply their trade and earn a decent living. They said they believes that if   medical experts worked with all government departments to do a 360 enforcement of the protocols, “we will defeat this pandemic instead of just relying on curfew and constraining entertainment and events industry of MICE.”