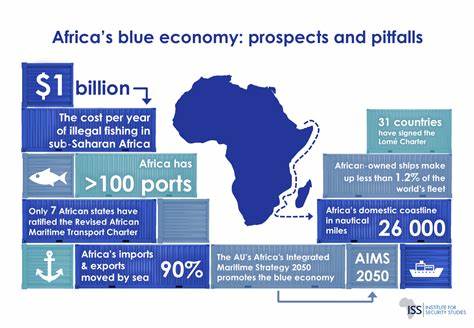 African governments have the ability to significantly impact the investment environment and investors will look to the way they are planning, regulating, owning and operating their ports.

They will also take the country’s stability, security and perceived corruption levels into account. Experienced investors will certainly consider how individual governments have handled foreign inbound investment previously and if there is not a favourable investment environment, it is not likely that inbound investment targets will be met.

This is particularly relevant at a time when the continent is seeing a high rate of election-related violence, there is much questioning of the legitimacy of election results and accusations of corruption abound. There are thirteen national elections due to take place in 2021, a third of which take place in the Horn of Africa.

Djibouti, Benin and Chad all have their presidential elections in April 2021. Djibouti’s port is located on Africa’s East coast – nestled on the Horn of Africa between Berbera and Massawa. As a potential rival to Mombasa for an African hub, Djibouti’s ports have undergone some expansion in the past.

The country has already benefitted from investment from China, using the capital for port and infrastructural investments. In fact, the state-owned China Merchant Group acquired a 23.5 per cent stake in Djibouti port in 2008 and is also trying to get a 40 per cent stake in Ethiopian Shipping and Logistics Enterprise (ESLSE).

In order to continue patrolling the waters of East Africa and to protect its investment in Djibouti, China inaugurated its first overseas military base in 2017 alongside the bases of the United States, France, Italy, Spain, Germany and Japan.

World Bank’s Economic Transformation in Djibouti report highlights key measures for improving its appeal to foreign investors including: lowering the cost of production factors, namely electricity, ICT, as well as labour costs, to raise competitiveness. It recommends further easing access to finance; levelling the playing field to enhance competition and reforming the tax system to make it more equitable across firms.

Enticing future foreign investment may prove difficult though, as investors will look to the past two years that DP World have spent in court attempting to secure a return on their investment in the Doraleh Container Terminal which the Djiboutian government seized in 2018.

The action was found to be illegal by the London Court of International Arbitration and the High Court of England and Wales. However, the Djiboutian government has failed to abide by the many court rulings and restore DP World’s full rights under the concession agreement of 2006.

After the Djibouti election, Ismail Omar Guelleh must address the magnitude and nature of the government’s debt to the Chinese and the country’s reputation amongst the international investment community, if the people of Djibouti are to reap the benefits from its strategic location along global trading corridors.

Benin’s Contonou port is a city port that was developed to assist landlocked countries like Mali, Niger and Burkino Faso. Rehabilitation of the port did help. However, it is still struggling to compete against nearby ports such as Tema, Lomé and Lagos, just a few hours away, which have been expanded and upgraded more recently.  Both Chad and Burkina Faso have their own warehouses to store goods at Contonou port.

It will be interesting to see the outcomes of all of 2021 elections. Will the leadership remain the same, or if it will change and if it does will it make a tangible difference in uplifting the countries that do bring in a new order?

Will we see changes in strategic economic approaches this year and will concrete steps be taken to grow each country’s Blue Economy? And will the initialising of the AfCFTA be the start of growth across the continent?

World Bank states that the blue economy represents roughly 5.4 million jobs and generates a gross added value of almost €500 billion a year in Europe. Opportunities do abound in Africa, but it is as yet not nearly fully realised.

What is needed is investment in improved governance to create a pipeline of investable opportunities that benefit both local and national economies, which is backed up by an enabling environment for responsible private sector investment throughout the value chain. Just imagine what increased focus on Africa’s Blue Economy could do for the continent.

Too many regional economic communities, are they really helpful to African trade?