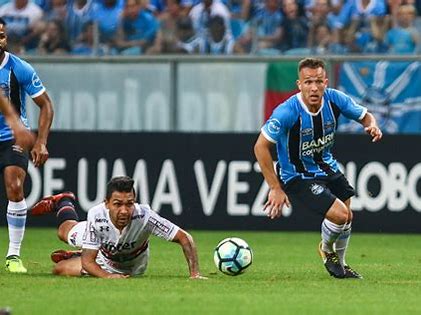 Arsenal and Juventus are reportedly making strides in talks for Arthur Melo, who the Gunners almost swooped for back in January. With dialogue thought to be flowing both ways again, the clubs are supposedly in agreement on two aspects of the prospective deal in that an initial loan would be preferable, as well as an obligation to buy at the end of it.

Arsenal boss Mikel Arteta, backed up by transfer chief Edu, have actively sought out midfield recruits this summer in an effort to close the gap on the Premier League’s top four. Assist-machine Fabio Vieira was snapped up back in June and versatile star Oleksandr Zinchenko, who can play in midfield or at left-back, was signed from Manchester City last week.

Despite looking at a squad buoyed by new midfield numbers, Arteta is thought to be eyeing one or two more with Youri Tielemans believed to be a long-term target and Arthur talks supposedly back on.

Reports from Italy suggest that Arsenal and Juve are both keen to put together a deal that would see the Brazilian head to north London on an initial loan deal, with the switch becoming permanent next summer via an obligation to buy.

Such a structure would guarantee that Juve could offload Arthur who, despite arriving for big money back in 2020, has failed to exhibit the kind of talent he showed at Barcelona. Furthermore, it would allow Arsenal to delay paying the bill until 12 months’ time which could pave the way for them to splash out on more recruits this summer.

Arthur is believed to be among a cluster of players deemed expendable by boss Massimiliano Allegri, with the Bianconeri rueing a host of lucrative but unsuccessful transfer deals over the past few years. Last campaign, the 25-year-old racked up 20 Serie A appearances without notching a goal or an assist.

But Arteta is unlikely to be deterred by the numbers given that Arthur has never been a player to wow fans with mesmerising output. His close control and metronomic passing could complement those playing further forward with the likes of Martin Odegaard and Bukayo Saka demonstrating an ability to chip in with goals from midfield.

While Gunners fans will be delighted at their team’s summer transfer business, which has seen them splash well over £100 million so far, there are also a concerning number of outgoings that need to be processed over the coming weeks. The likes of Hector Bellerin and Lucas Torreira are unlikely to feature in Arteta’s first-team plans, but their exits are being prolonged by financial complications.

“When you send an established player out on loan, like Torreira who wants to play, are you then going to invite him back to fit into the squad? I don’t think he’d be happy to sit on the bench,” Gunners legend Nigel Winterburn told pointed out.

“It’s clear to me that he wants to go. Those players out on loan, who won’t be getting so much game time, we have to clear those out to bring new players in. There are players there who can do a job for Arsenal but are seemingly not in Mikel Arteta’s plans, otherwise they likely wouldn’t have gone out on loan. We have to move these players on to free up the wage bill.”