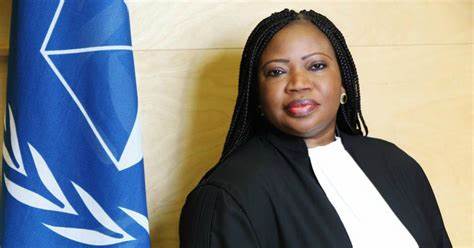 Justice: Victims in Darfur have waited far too long

The victims in Darfur have waited far too long to have justice. Through this historic visit, we hope to mark a new era of cooperation between my office and Sudan towards greater accountability for atrocity crimes.

The ICC was established as an independent and impartial international court to deal with atrocity crimes, namely: war crimes, crimes against humanity, genocide and the crime of aggression.

My role as Prosecutor is to bring to justice those responsible for atrocity crimes, and by doing so, to seek accountability and hope to prevent future crimes.

The ICC is at the heart of what we call the Rome Statute system of international criminal justice. The ICC is a court of last resort. This means that national justice systems have the primary responsibility to investigate and prosecute individuals who commit such crimes. If this does not happen, then the ICC is there as a fail-safe judicial mechanism.

In this way, my office conducts investigations and prosecutions into atrocity crimes around the world. Politics do not influence any of my independent and impartial decisions. All my actions are based on the law – the Rome Statute of the ICC – and the objective evidence collected by my investigators.

I will go wherever the law provides me with the power to go and follow the evidence wherever it leads me in the pursuit of justice for the victims. Thus, the goal of the ICC is to contribute to ending impunity – in other words, to make sure that no one, irrespective of status or rank, can avoid accountability for atrocity crimes, no matter how long it may take.

This is how international justice can contribute to protecting future generations from the scourge of lawless wars and conflict, and prevent human suffering.

My office has been investigating the Situation in Darfur, Sudan since 2005, when the United Nations Security Council through Resolution 1593 (2005), triggered our jurisdiction by referring the situation to the Prosecutor of the ICC.

Much has happened since then. As we continue our investigations today, it is important for our work at the ICC, and especially the affected communities of Darfur, that the Sudanese authorities extend their full, sustained and tangible cooperation to my Office.

In Khartoum this week, I have engaged in productive meetings with the highest officials of the government of Sudan and other important stakeholders. My programme included notably, meetings with Prime Minister Abdallah Hamdok, Mr Omer Gamaruddeen Ismail, Minister of Foreign Affairs; Mr Nasredeen Abdelbari, Minister of Justice and Prosecutor General of Sudan, Mr Tag el-Sir el-Hibir and representatives of the Sovereignty Council of Sudan, Lt General Abdel Fattah Abdelrahman al-Burhan and General Mohamed Hamdan Dagalo as well as and Mr Mohamed Hassan Altaishi.

I also held fruitful discussions with representatives of civil society organisations, international bodies, and diplomatic corps in Khartoum. Through you, the media, I am pleased to also address the public and affected communities.

These meetings have enabled me and my team to explain ICC proceedings, and the status of our cases in connection with the situation in Darfur, Sudan and to chart a course for effective cooperation to bring the suspects against whom ICC warrants have already been issued to justice.

My meetings with the authorities have laid the foundation for cooperation between the ICC and the Sudanese national authorities.

This first historic visit to Khartoum after more than a decade provided an opportunity for Sudan’s Transitional Government to demonstrate its commitment to justice, accountability and the rule of law.

I am encouraged by the frank, open and constructive exchanges we have had. I particularly welcome the assurances of support and cooperation expressed to me by the authorities during this visit, including from Prime Minister Hamdok, committing Sudan to achieve justice for atrocity crimes, and to fully collaborate with my Office for this purpose.

We must now follow through and build on the promising discussions of this past week with concrete action. A Memorandum of Understanding on the modalities of cooperation, technical visits, and immediate access to Sudan by our investigators, amongst other action points were discussed, and we look forward to making timely progress on all of these items.

We count on Sudan’s tangible and timely cooperation as well as continued constructive engagement with my Office.

We stand ready to assist Sudan towards the goal of achieving accountability for atrocity crimes committed in Darfur.

I want to seize this opportunity to assure the people of Darfur that my Office continues to work hard on the Darfur situation. I solemnly call upon all affected Darfuri communities and those who have dedicated themselves to the cause of these communities, to come forward and contact my Office with the accounts of their sufferings, with the stories of what they have witnessed and what they have endured.

With their evidence, we can contribute to bringing the long-awaited justice to the victims in Darfur. My Office, together with colleagues in the Registry of the Court will soon embark on outreach activities to further explain the work of the ICC and its processes.

I wish to also add that I welcome the Juba Peace Agreement, officially signed on the 3rd of October 2020 between the Sovereignty Council and the Sudan Revolutionary Front and other movements, with a view to bring justice to the victims of atrocities that have occurred in Darfur and to build sustainable peace in Sudan.

I also welcome the importance the Peace Agreement affords to the ICC, and the emphasis placed on cooperation between Sudan and the Court in relation to the five ICC suspects.  I am encouraged by the assurances given by the authorities that full effect will be given to these references, and that justice will play a central role in Sudan’s transition and the particular importance of the ICC in this ongoing process.

The focus of my investigation is on crimes allegedly committed by these five ICC suspects between 2003 and 2004, 2007, and as far as Mr Al Bashir is concerned up to 2008.

These suspects are still wanted for the atrocity crimes listed in their ICC warrants of arrest. They must all face justice without further delay. We look forward to continuing our dialogue with the Sudanese authorities to ensure we make progress on these cases with full respect for our respective roles and mandates and the principle of complementarity.

The opportunity to prosecute other alleged suspects in the Darfur situation at the national level is possible through the Darfur Special Court, as provided for in the Juba Peace Agreement. This would be a positive step in terms of burden-sharing between the ICC and the Sudanese courts.

Now that the channels of communication are open and a spirit of cooperation guides our discussions with the Sudanese authorities, we are open to exploring the possibilities in full compliance with our obligations under the Rome Statute, and guided by our unflinching commitment to achieving justice for the victims in Darfur.

In conclusion, I would like to thank the Sudanese people, the government of Sudan and other stakeholders for the warm welcome extended to me and my delegation during this visit. I am also grateful for the logistical support and the security arrangements put in place in connection with this visit.

Fighting against impunity for the atrocity crimes committed against the people of Darfur is a joint responsibility. There is an urgent need for justice in Sudan. Sustainable peace and reconciliation are built on the stabilising pillar of justice.

I thank you for your attention. I look forward to answering your questions and to address any comments you may have.

The Office of the Prosecutor of the ICC conducts independent and impartial preliminary examinations, investigations and prosecutions of the crime of genocide, crimes against humanity, war crimes and the crime of aggression.

Since 2003, the Office has been conducting investigations in multiple situations within the ICC’s jurisdiction, namely in Uganda; the Democratic Republic of the Congo; Darfur, Sudan; the Central African Republic (two distinct situations); Kenya; Libya; Côte d’Ivoire; Mali; Georgia, Burundi Bangladesh/Myanmar and Afghanistan (subject to a pending article 18 deferral request).

The Office is also currently conducting preliminary examinations relating to the situations in Bolivia; Colombia; Guinea; Iraq/UK; the Philippines; Nigeria; Ukraine; and Venezuela (I and II), while the situation in Palestine is pending a judicial ruling.