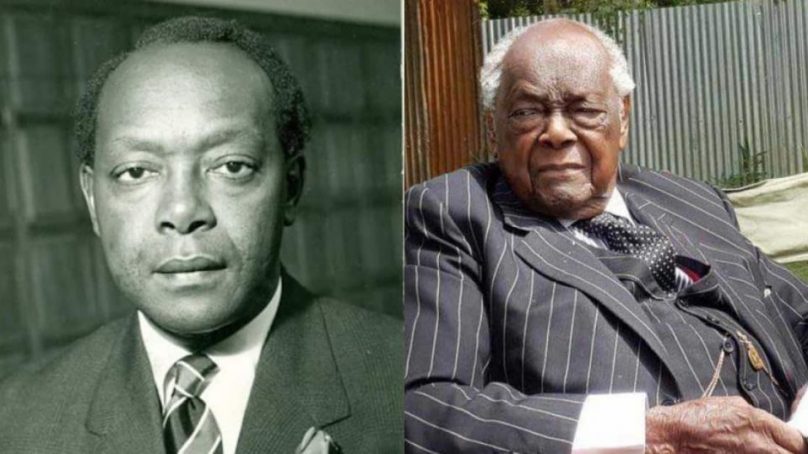 Because he was the son of a senior colonial official, Charles Njonjo, never really experienced colonialism first-hand and was at best indifferent to the independence struggle. Afterwards, he was vehemently opposed to Africanisation, loudly announcing that certain professions were beyond the ability of Africans. He specifically mentioned law, medicine and engineering as out of bounds.

The obsession with Silverstein, Queen’s Counsel and European Engineering is part of that toxic, bigoted legacy. He was only comfortable in/with a government substantially administered out of Whitehall, with a figurehead African administration. White mercenaries who made brisk trade of overthrowing African governments found an earnest ally in Njonjo.

He was a trustee of Soysambu, Lewa and Ol Pejeta, sites of colonial land grabs and post-colonial impunity, from whose airstrips covert actions could be launched against various targets in the region.

His exuberant support for apartheid at the height of its vileness blighted Kenya’s solidarity with liberation struggles in South Africa and wider southern Africa. Indeed, his personal ties severely undermined state policy to the point of incoherence. Whether we have fully recovered credibility since is debatable.

As Nyayo found his feet in the presidency, Njonjo put finishing touches to his state-in-waiting. By 1982, his impatience was evident. Whoever advised him geopolitical stars aligned in August also told the Odingas and ‘leaked’ to a Nyayo who was fed up with being patronised.

Njonjo’s hand showed as early as Nyayo’s earliest visit – to India – when he kept the President’s plane for half an hour as he leisurely chatted with a high official. A breach of protocol so conspicuous was duly noted, and Nyayo seethed all the way home, and for days afterward.

It was not uncommon for Njonjo to receive foreign officials without Ministry of Foreign Affairs’ by-your-leave. He made it clear that he was less a Nyayo loyalist and more a Nyayo patron and that as far as the presidency was concerned, Nyayo was a tenant-at-will.

The Police Commissioner, CID Director and GSU commandant were Njonjo’s boys. The State Law Office was his absolute fiefdom. Combined, they became a pipeline of impunity through which Njonjo terrorised in the name of fighting Nyayo’s enemies and subversive elements.

Patrick Shaw, Sharad Rao and Joginder Singh Sokhi were Njonjo’s ferocious instruments in felling political obstacles. There are accounts of unbearable horror by Kenyan families – African and Asian – at  the hands of these people. Their names bring tears to many innocent eyes.

It was under Njonjo that hundreds of policemen were deployed to invade parliament and abduct legislators. Discussing the death of a severely incapacitated octogenarian president, or contemplating his succession was proscribed. It was sedition. All political opposition was banished by then.

Njonjo’s zeal in policing the political environment of the Kenyatta succession had nothing to do with loyalty to an Old Man (President Moi) he clearly despised. Rather, he was suppressing potential competition in the succession in favour of his plan to instal a holding stooge. Dèja vu?

Njonjo’s grace ran out and bells tolled for him. He had few useful allies and countless enemies all delighted to bless his downfall. To Nyayo, it sufficed to disgrace an epic narcissist through public humiliation.

The plot of Njonjo Inquiry is evidence of Nyayo’s (President Moi’s) intimate knowledge of Njonjo. With his towering pride and colossal ambition, neither death nor jail would do. In ‘pardoning’ him, Nyayo in effect sentenced Njonjo to five decades of burning shame and impotent rage.

Among the greatest benefactors of the Alliance High School, Nyayo and Njonjo’s staggering philanthropy immeasurably softens the image of these implacable Machiavellians.

Competitive in all, even longevity, the nemeses now adjourn and move their epic fixture to the ancestral realm.