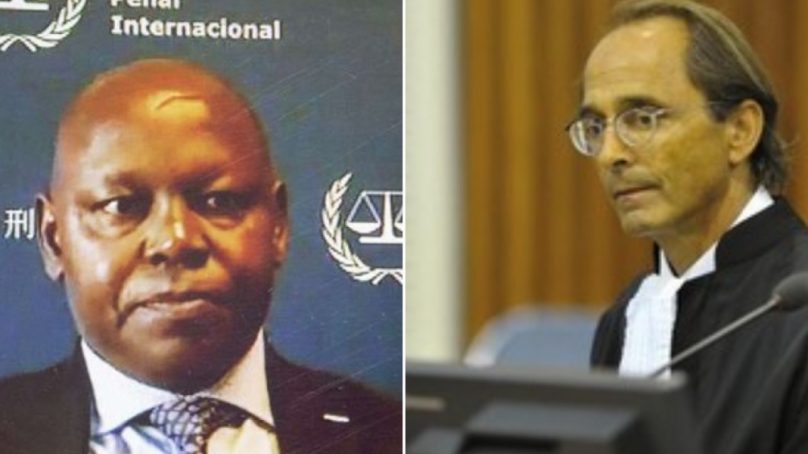 The ongoing International Criminal Court (ICC) case against Kenyan lawyer Paul Gicheru has raised several questions about how the ICC should pursue and deliver justice with focus on victims. On the one hand, procedural justice is central to the ICC’s work as a court, where parties must work within the law and there must be sanctions to ensure that they do.

On the other hand, the ICC is a court designed to recognise and satisfy victims of violations of international criminal law.

The charges against of Gicheru that began in mid-February 2022 at ICC relate to witness tampering in connection with the failed ICC case against Kenya’s then-presidential candidate William Ruto and broadcaster Joseph Sang. If convicted, Gicheru faces up to five years in prison, or a fine.

The ICC prosecutor alleges that Gicheru “managed and coordinated” a witness corruption scheme. The prosecutor is arguing that the conspiracy to alter witness testimony created the environment in which witnesses were murdered.

The original case concerned election-related violence in Kenya in 2007 that killed more than 1,133 people. The ICC prosecutor began its investigation in response to a request by an internal Kenyan investigatory commission.

The case against Gicheru is a procedural one. Procedural convictions now make up half of the 10 convictions before the ICC.

Procedural cases don’t – directly – deliver justice for victims. The case against Gicheru illustrates the point. Because it is procedural, victims are not able to occupy a central role as they can and do in other ICC cases. Victims cannot join as participants, and they cannot be granted reparations. This means that even if Gicheru is convicted, it will be at best an indirect recognition of what victims suffered.

The ICC’s investigation in Kenya, which opened in 2009, was hailed by court watchers as a “triumph.” This was because it was the court’s first “self-selected investigation.” It was brought independently by the ICC prosecutor – the first time this had happened since the court was set up in 2002.

There are three ways that cases can come to the ICC: a member state can refer a case, the UN Security Council can refer a case or the ICC prosecutor can independently decide to investigate.

For the first years of the ICC’s existence, all the investigations it conducted were “self-referrals.” In these cases, member states of the ICC handed over members of the political opposition to the court for prosecution.

But self-referrals have been a poisoned chalice for the ICC. As I discuss in my book The Justice Laboratory, self-referrals are an example of clever strategic manipulation of the court by African states. Leaders of the political establishment in Congo and Uganda, who provided the first self-referrals – Lubanga, Katanga, Ntaganda and Ongwen – benefited in several ways.

First, leaders of the two countries could claim credit internationally for working with the ICC. Second, the ICC investigated and removed their political rivals. Third, these prosecutions decreased the chances that the ICC might investigate those leaders themselves, since the ICC is pressured to not get bogged down in any one conflict.

Self-referrals helped push the ICC’s reputation as a court that only prosecutes rebels, suggesting that politics, rather than justice, drives the court.

That’s why the Kenyan case was so widely welcomed. It seemed the kind of case the ICC was constructed to hear: a member state, stymied by self-interested politicians, was suffering a justice deficit in relation to violations of core crimes.

In response, the ICC prosecutor’s office invoked its capacity to independently investigate a case involving a member state. Ultimately, six people were indicted in two separate cases. They included members of the government and opposition at the highest levels.

Uhuru Kenyatta and William Ruto – who were soon to be president and deputy president in Kenya after winning the 2013 election – were among those indicted. Each was on opposing sides of the violence, and charged with crimes against humanity in two separate cases.

But both cases quickly encountered difficulties. Cases brought independently by the ICC prosecutor must be confirmed by a pre-trial chamber at the ICC. Both cases were confirmed, but not unanimously, indicating a potential weakness in the indictments.

Next, the cases began to fail. From the beginning, the ICC prosecutor complained that witnesses were being corrupted by state actors. Several witnesses in the Ruto case acknowledged that they had been bribed to change their story. Others were brutally murdered.

In 2014, the weakness of the prosecution’s case led to a withdrawal of charges against Kenyatta and his co-defendant. Ruto’s case proceeded to trial, but was eventually suspended in 2016. In both cases, evidentiary problems were at the root of the cases’ failure.

For a case to collapse is a strong indictment of the prosecution. It represents lost resources, lost hopes for victims, and lost rights for the defendants. That the ICC’s first self-selected investigation saw cases collapse against all indicted individuals was a heavy blow.

The political success that Kenyatta and Ruto enjoyed following their ICC indictments was a further blow to the institution. Following the ICC indictments, previous opponents Kenyatta and Ruto announced their joint candidacy for Kenya’s presidency. The ICC’s pursuit of cases against them factored in their political alliance, and its success. They have continued to govern together, although their alliance is now quite strained.

The fact that it’s an election year in Kenya has fuelled speculation about the case, and why Gicheru turned himself over the ICC now, years after being indicted.

Ultimately, the Gicheru witness corruption case is allowing the ICC to revisit one of its most public failures. The constraints of the procedural case, however, mean that regardless of the outcome, the case cannot address or rectify that failure for the victims of Kenya’s state-sponsored violence.