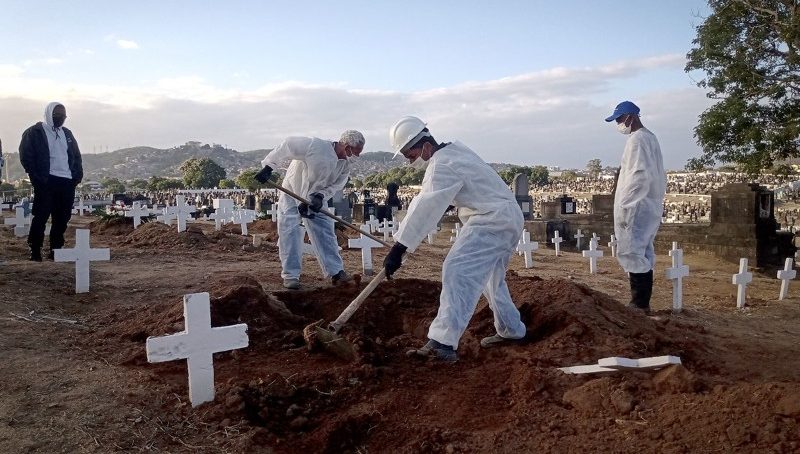 The number of people who have died because of the Covid-19 pandemic could be roughly three times higher than official figures suggest, according to a new analysis1.

The study, published on March 10 in The Lancet, says that the true number of lives lost to the pandemic by December 12, 2021 was close to 18 million. That far outstrips the 5.9 million deaths that the study says were reported to various official sources for the same period.

The difference is down to significant undercounts in official statistics, owing to delayed and incomplete reporting and a lack of data in dozens of countries.

The loss of life “is much higher than simply assessed by reported Covid-19 deaths in most countries,” says study co-author Haidong Wang, a demographer and population-health expert at the Institute for Health Metrics and Evaluation (IHME) in Seattle, Washington. “Understanding the true death toll from the pandemic is vital for effective public health decision-making.”

To estimate Covid-19 deaths, the IHME study uses a measure called excess mortality, which is a convenient tool to overcome variation in the ways that countries identify and record deaths from the virus. Researchers estimate excess deaths by comparing the total deaths reported in a region or country, from all causes, with how many deaths would be expected given trends in recent years.

Excess deaths are a good indicator of Covid-19 deaths, Wang says, citing studies from Sweden and the Netherlands suggesting that Covid-19 was the direct cause of most excess deaths during the pandemic. But he stresses that such estimates also include deaths from other causes.

More research is needed, he says, to separate deaths caused directly by Covid-19 from those that are the indirect results of the pandemic, such as those of people who did not have Covid-19 and died because of inadequate medical care in overwhelmed hospitals.

The IHME team collected data on deaths from all causes in 74 countries and territories. For countries that do not produce such data, the authors used a statistical model to produce mortality estimates. The team’s analysis indicates that, although reported deaths from Covid-19 totalled 5.9 million between January 1, 2020 and December 31, 2021, global excess deaths due to the pandemic for that period might have totalled 18.2 million.

Wang says his group’s results are useful because they allow researchers to compare countries and regions that responded to the spread of SARS-CoV-2 in different ways.

The IHME’s results are the first estimate of global excess deaths to appear in a peer-reviewed journal. A rival analysis being prepared by the World Health Organization (WHO) has run into delays but is scheduled to be published later this month.

The IHME’s central estimate is similar to that of The Economist magazine in London, which arrived at some 18 million excess deaths by the end of 2021. But the error bars on the IHME’s analysis are notably narrower: The Economist has a 95per cent uncertainty interval of 12.6 million to 21.0 million; the IHME’s is just 17.1 million to 19.6 million.

Other researchers in the field have previously criticised Covid-19 death estimates produced by the IHME, including those that appear on its website.

Ariel Karlinsky, an economist at the Hebrew University of Jerusalem in Israel who has worked on excess deaths estimates, says the new study’s central estimate of 18 million is reasonable, but that some of the IHME’s numbers for excess deaths in individual countries are significantly out-of-step with other estimates.

“They still have their ludicrous estimate for Japan at over 100,000 excess deaths, which is over six times the reported deaths. I really don’t know how they are getting that,” he says.

The IHME model contains some “bizarre features”, adds Jonathan Wakefield, a statistician at the University of Washington in Seattle who the WHO’s Covid-19 global death toll project. The IHME’s approach leads him to doubt the validity of its uncertainty intervals and other statistical features of the modelling.