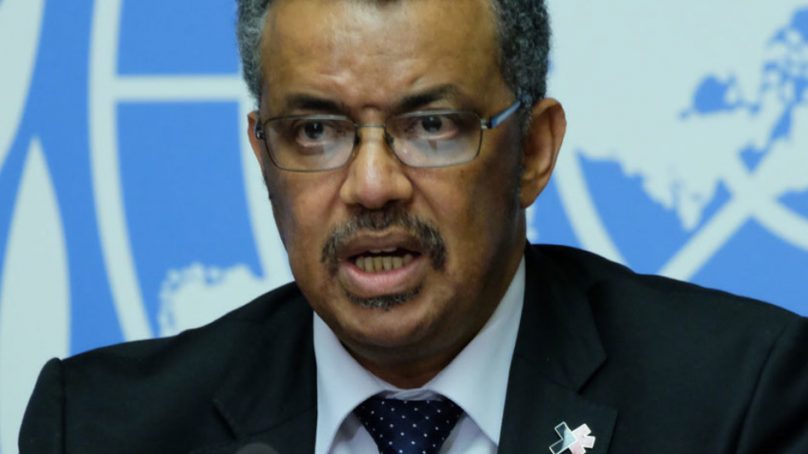 How govts criminalised Press Freedom in the name of ‘infodemic’ control

Citizens hungry for information turned to the media during the pandemic, but governments around the world used the crisis to restrict journalists.

Malala Maiwand, a reporter for Enikass Radio and TV in Jalalabad, Afghanistan, was on her way to work on December 10 when gunmen opened fire on her car, killing her and her driver, Mohammad Tahir. She was the fourth journalist killed in Afghanistan in 2020 and the 28th worldwide in a year that has seen journalism come under a new and sustained level of attack.

New restrictions on press freedoms – many of them imposed in connection with the ongoing Covid-19 pandemic – made it ever harder for journalists to independently report the news.

It was not inevitable that the onset of a pandemic should have resulted in an assault on the press. In a public health emergency, most authorities accept that it is vital to communicate with a public hungry for information. And the most effective way of doing that can be via the news media – whether online, broadcast, or print.

And indeed, when Covid-19 first began to spread in the spring, people turned to the media in masses. Data collected in late March and early April by the Reuters Institute for the Study of Journalism in six countries – Argentina, Britain, Germany, South Korea, Spain, and the United States – showed that news consumption surged as people went online or turned on their television to get information about the crisis.

The biggest and most urgent danger to the future of independent media is the new wave of political leaders conducting an all-out assault on the press.

But as the pandemic spread, many authorities around the world began to crack down on journalists. One of the earliest cases emerged from Wuhan, where the Chinese citizen journalist Chen Qiushi, who had been reporting about the new disease while official channels were still suppressing vital information, disappeared in February. After having been detained by the authorities, he re-emerged only in September.

Zhang Zhan, another citizen journalist arrested in May for “picking quarrels and provoking trouble,” has been sentenced to four years in jail.

China’s chilling impact on media freedom has also been felt in Hong Kong, where a new national security law was enacted in June. Hong Kong police have tightened the definition of who is considered a working journalist, cutting out many freelancers and photographers who have been documenting the city’s protests.

And the year ended with the arrest of Jimmy Lai, the founder of Apple Daily, the print and online newspaper that has become the voice of the pro-democracy movement.

We all know that journalism was already in crisis going into the pandemic. The reasons are the familiar mix of plummeting subscription and advertising revenues, competition from social media and other online information sources, and a breakdown of trust in the media – combined with an explosion of competing narratives from both quality newcomers and bad-faith actors peddling disinformation.

But the biggest and most urgent danger to the future of an independent media is the new wave of political leaders conducting an all-out assault on the press. They are restricting independent media, imprisoning journalists, branding critical reporting as fake news, using social media to spread disinformation and discredit independent news, and encouraging their followers to harass reporters—both online and in real life.

Many of these leaders have seized the pandemic as an excuse to crack down further. When the director-general of the World Health Organisation, Tedros Adhanom Ghebreyesus, lashed out at the “infodemic” of misinformation about Covid-19, he inadvertently gave many governments just the cover they were looking for to pass yet more laws restricting the media – ostensibly in a quest to eliminate fake news but often a barely disguised attack on independent journalism.

Hungarian Prime Minister Viktor Orban was one of the first leaders to use the pandemic in this way. In late March, he changed the country’s criminal code to threaten up to five years of prison time for anyone deemed to be hampering the virus fight by “distorting” facts.

In many cases, governments have not needed to actually use the laws to stifle critical reporting. Merely passing them has a chilling effect on journalists, deterring them from reporting anything that strays from the official government line.

Critical reporting on a country’s pandemic response has been branded unpatriotic. In Serbia, the journalist Ana Lalic was detained for “spreading panic and unrest” when she wrote about the shortage of personal protective equipment at a local health centre.

Indian Prime Minister Narendra Modi, after an unsuccessful attempt to have his country’s highest court compel media to publish only official accounts of the pandemic, wrote instead to leading editors asking them to refrain from publishing negative stories. Several dozen journalists were arrested by police across India while reporting on the pandemic nonetheless.

In South Africa, the editor of the community newspaper Mohokare News, Paul Nthoba, was assaulted by police in May as he was photographing them on patrol enforcing lockdown regulations. After the assault, he fled to Lesotho, the first time in post-apartheid South Africa that a journalist has fled the country.

In various ways, Covid-19 has made it easier for governments to restrict the dissemination of uncomfortable information or simply to withhold it. Press conferences – the noisy, crowded rooms where reporters jostle with each other to shout questions at politicians and spokespeople – have been replaced with online question-and-answer sessions, where it is easier to exclude critical journalists and preselect friendly questions.

In many countries, officials have also used the pandemic as an excuse to suspend requests for information under government transparency laws or scrap legally mandated deadlines to respond to them.

But the bluntest information blackouts have come by ways of internet shutdowns, which governments have been increasingly willing to use in order to silence dissent and debate. Internet blackouts have long been a way of life in regions such as Egypt’s restive Sinai Peninsula and Indian-controlled Kashmir, but in 2020 they became more widespread.

Ethiopia has imposed blackouts in some of its regions, including Tigray, but has occasionally shut down online access in the entire country, as in late June amid protests following the killing of the musician and social activist Haacaaluu Hundeessaa.

Internet blackouts act as a block against collective behaviour, stopping civil society from organising, agitating and drawing media attention to their issues. In a year when it has been exceedingly difficult or dangerous to gather physically, blocking online communication can effectively shut down all dissent.

Internet blackouts are hugely disruptive in normal times – but during a pandemic, they take away citizens’ access to lifesaving information and their ability to communicate at all.

Naturally, they also stop journalists from reporting and filing their stories from the affected region.

The wider story this year has been the relationship between the public and the media. At the start of the pandemic, interest in news and trust in media were relatively high, but as the pandemic progressed, this trust fell away.

In public demonstrations, crowds have often turned on journalists reporting on protests. That was the case at many anti-lockdown protests in Western countries, where journalists were not generally targeted in the past. In Germany, a camera crew from a public broadcaster was attacked while filming at an anti-lockdown demonstration in May.

And in Slovenia on November 5, the photojournalist Borut Zivulovic was knocked unconscious while taking photos in Republic Square in central Ljubljana, the site of weekly protests against the government. He woke up hours later in the hospital to hear that several other journalists, including the well-known television presenter Vladimir Vodusek, had also been attacked by unknown assailants that same night. Slovenia was not previously known for violence against journalists.

Journalists face the biggest risks wherever there is a sense that they will not be protected by the authorities. In the case of Maiwand’s killing in Afghanistan, militants claiming to belong to the Islamic State took responsibility. In Mexico, the photojournalist Jaime Castaño Zacarías was killed after taking photographs of dead bodies he came across on the side of the road shortly after a clash between rival drug cartels.

He was the eighth journalist killed during 2020 in Mexico, where organised crime groups treat the media as an enemy to be vanquished (a ninth journalist was found dead in January 2020 after having disappeared in 2019).

Government disrespect for independent media paves the way for these kinds of attacks. The more the authorities attack and undermine journalists and journalism, the more militants, criminal gangs, extremists and agitators feel that they, too, can attack journalists with impunity.

The pandemic’s next stage – a massive, coordinated global rollout of vaccines – is crucially dependent on another wave of public health messaging and information if it is to proceed smoothly, with public trust in the process.

Journalists will be needed to speak to and present the facts to a wary public but also to ask critical questions about the pharmaceuticals industry and the contracts awarded by governments to private corporations.

But whether the media will be able to keep the financial independence, legal protections, and public trust it needs to continue fulfilling its crucial role remains to be seen.