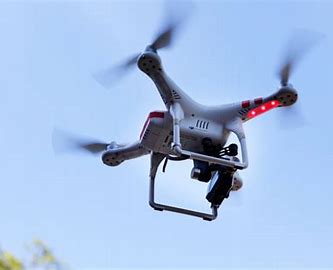 In recent years, the uses for unmanned aerial vehicles (UAVs), also known as drones, have multiplied across Africa. Drones have been used to fertilise crops, monitor wildlife and deliver medicine to hard-to-reach places.

Drone technology has grown rapidly worldwide and is projected to be a $43 billion global industry by 2024. In many ways, Africa has become the proving ground for drone technology.

South Africa is the continent’s biggest market for drones, employing them in mining, security and agriculture, among other uses.

Until recently, UAVs were almost exclusively a tool of governments and national militaries, which used them on the battlefield and to support peacekeeping missions. However, the development of small, commercially available drones has shifted the playing field, giving extremists something, they rarely have had: air power.

Drones are rapidly becoming a key part of insurgents’ arsenals across the continent, raising the spectre that UAVs could be used to attack civilian and military targets.

Insurgents in the Democratic Republic of the Congo and al-Shabaab fighters in Somalia have also used drones for reconnaissance and identify potential targets.

Although insurgents are using drones to reconnoitre and to receive supplies, experts believe it’s only a matter of time before they are put to more violent uses. In India’s Jammu region, for example, a drone carrying explosives was crashed into an Air Force base in July. Yemen’s Houthi rebels have used them to attack targets in Saudi Arabia.

“As UAVs are commercially available all over the world, groups with bomb-making experience and technical know-how in general may themselves develop local variations and adaptions of what Jihadist groups have done in the Middle East over the last decade,” wrote Norwegian researcher Håvard Haugstvedt in the Journal of Strategic Security.

Security experts are particularly concerned about two types of drones: fixed-wing drones, which can carry loads and travel long distances, and quadcopter-style drones, which can hover over a target and drop a payload accurately.

Haugstvedt conducted pioneering research in extremists’ use of drones and found that, although African extremist groups may have connections to those in the Middle East, technology transfer in the form of drone-borne explosives has been slow to happen.

“Nevertheless, based on the … review of nonstate actors with UAV experience, along with findings from reports on cross-group cooperation, weaponised UAVs might descend upon African conflict zones,” Haugstvedt wrote.

As commercially available drones find their ways into extremists’ hands, governments are looking for ways to track them and prepare countermeasures for potential targets.

Countries also should apply the same registration standards they use for cellphones and flag large amounts of drones when they are brought across a border, Allen wrote.

Such steps would help reduce insurgents’ ability to acquire and use drones freely, decreasing the potential threat to civilian and military targets, she added.

“Even when used for surveillance rather than attack, drones can provide insurgents with a strategic and operational advantage that could threaten security forces’ ability to protect citizens and stabilize conflict zones,” Allen wrote.