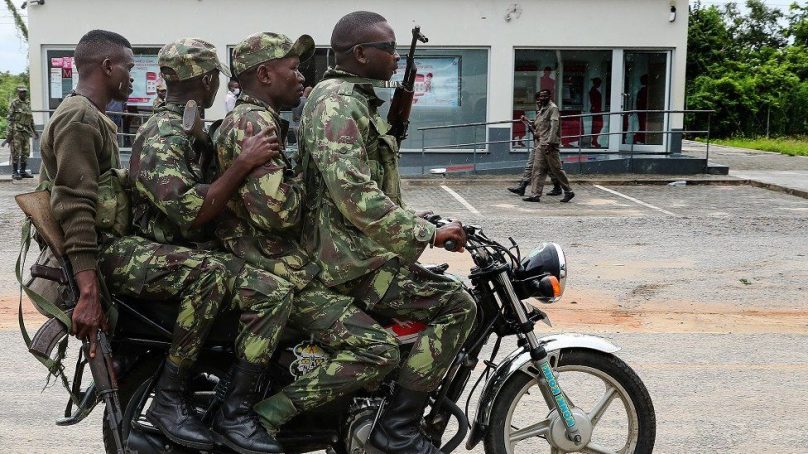 Shaky cell phone videos captured the scene of a lone terrorist engaged in a shootout with police on the streets of Dar es Salaam, Tanzania, in late August.

Walking in the afternoon sun, the man held an assault rifle in his hands with a second rifle hanging around his neck. He killed three police officers and a security guard before being shot dead by police at the gates of the French Embassy.

Tanzanian Inspector General of Police Simon Sirro speculated on the attacker’s motive, suggesting it could be related to the Islamist insurgency in neighbouring Mozambique, where Tanzania sent troops as part of a regional security force.

“There are problems,” Sirro told local reporters on August 25. “Our soldiers are there.”

After years of violence in Cabo Delgado, in the north-eastern region of Mozambique, multinational forces finally have recorded some gains against the militants.

That string of victories for security forces, however, has led to insecurity in other parts of East Africa as fighters have fled Mozambique.

“Militants are under increasing military pressure, withdrawing into the forests, towards and across the Tanzanian border and becoming even more abusive to civilians they encounter,” Alex Vines wrote for Georgetown University’s Journal of International Affairs.

In Mozambique, Islamist terrorists from an extremist faction called Ansar al-Sunna have wrought havoc by attacking and seizing major targets in Cabo Delgado. More than 2,500 people have been killed, and about 700,000 have fled their homes since the insurgency began in 2017, according to the United Nations.

Mozambique’s militants also have spilled into parts of southern Tanzania.

Vines, director of the Africa Programme at British think tank Chatham House, and other experts are increasingly concerned with the threat of Islamist terrorism spreading further in East Africa.

The prospect of Islamist fighters from Mozambique returning to their home countries has security and intelligence agencies on guard.

Two days before the terror attack in Dar es Salaam, another dramatic, yet unrelated, scene unfolded in Mombasa, Kenya.

Hundreds of shocked bystanders lined the streets near the Likoni Ferry channel to Mombasa Island on August 23 to glimpse Kenyan special forces and anti-terror police take down two terror suspects they had been tracking.

After the men were handcuffed and driven away, police searched their car and found two assault rifles, ammunition, machetes and bomb-making materials. Police also recovered a map of places they planned to attack, including several security stations and a shopping centre.

Countries in the region need to strengthen their security collaboration now to stop the Islamist insurgency from spreading, Vines said.

“Reducing the insurgency effectively is a long-term prospect,” Vines wrote. “It will require a close working relationship with neighbouring Tanzania and other East African states to squeeze out the radicalised foreign fighters and their internal supporters.”