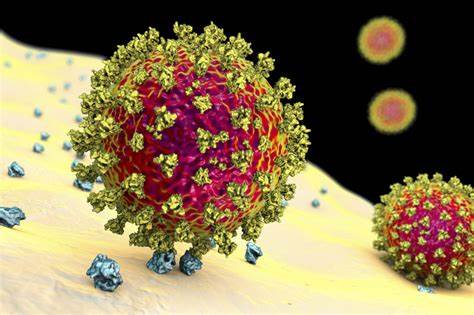 Companies are updating vaccines and testing them on people to prepare for whatever comes next in the pandemic.

Pfizer’s chief executive, Albert Bourla, made a bold promise in June. Standing next to US President Joe Biden at a press conference in St Ives, UK, just before the G7 summit meeting, Bourla said that should the need arise for a new Covid-19 vaccine, his company could get one ready within 100 days.

The need he was referring to is the possible emergence of an ‘escape variant’ – a dominant strain of SARS-CoV-2 that evades the fledgling immunity established through vaccines and previous infections. No such strain has yet been identified, but Pfizer and other leading Covid-19 vaccine makers are gearing up for that scenario.

What does it take to be nimble enough to design and test an updated vaccine against an unknown viral strain, in record time? Nature spoke to three COVID-19 vaccine makers – Pfizer, Moderna and AstraZeneca – to find out exactly how they are preparing.

Over the past few months, all three companies have been running dress rehearsals by practising on known SARS-CoV-2 variants. This involves updating their vaccines to match variants such as Beta and Delta, testing them in clinical studies, tuning their internal workflows and coordinating with regulators.

Their goal is to learn from these warm-up trials and smooth out kinks in their processes, so that they can move fast if, or when, a true escape variant emerges.

“At some point, inevitably, we’re going to have to make variant vaccines – if vaccines are the way population immunity will be maintained – but we’re not at the point where we can confidently predict the evolution of the virus,” says Paul Bieniasz, a virologist at the Rockefeller University in New York City. “Practising with existing variants seems like a reasonable approach.”

The first generation of Covid-19 vaccines seems to be holding up against Delta and other known variants, at least in preventing severe disease and hospitalization. Pfizer, Moderna and AstraZeneca say that their vaccines, which are based on the original SARS-CoV-2 strain that was first detected in Wuhan, China, still offer the best protection against all known variants.

“There really isn’t a need at this time to make a new vaccine that will be more effective, because it looks like the old ones work very well [against] the Delta variant,” says Kathryn Edwards, scientific director of the Vanderbilt Vaccine Research Program at Vanderbilt University Medical Center in Nashville, Tennessee.

If an escape variant emerges, RNA vaccine makers such as Pfizer and Moderna could probably design and synthesise an initial prototype jab against it in a few days. Viral-vector vaccines, such as AstraZeneca’s, could follow closely behind.

Making an RNA vaccine typically involves generating a new genetic sequence and encapsulating it in a fatty substance such as a lipid. Viral-vector vaccines are generated by inserting the key genetic sequence into a harmless carrier virus, culturing large quantities of the virus in a bioreactor, and purifying them.

But before these shots can be deployed, they will have to be tested in humans, and that will take time. So, pharma companies are doing dry runs. Pfizer, with its partner BioNTech, based in Mainz, Germany, is testing a Beta-specific RNA vaccine in a randomized, placebo-controlled clinical trial with up to 930 participants.

In August, the companies began a trial of a multivalent vaccine that targets both the Delta and Alpha variants.

“We’re not doing that because we actually think we need a new vaccine for those strains,” says Philip Dormitzer, vice-president and chief scientific officer of viral vaccines and mRNA at Pfizer, based in New York City. “We want to practise all aspects of executing a strain change – the preclinical research, the manufacturing, the clinical testing and the regulatory submissions – so that if we do see a variant out there that truly escapes vaccine immunity, we’re ready to go fast.” Dormitzer says Pfizer currently has no plans to deploy its Beta or Delta vaccines among the public.

Moderna, based in Cambridge, Massachusetts, is recruiting cohorts of 300-500 participants to test new RNA vaccines against Beta, Delta and a combination of Beta and the original strain. The company also plans to test a Beta-Delta multivalent vaccine. The purpose is to submit test cases to the US Food and Drug Administration and “establish a process by which this could happen more quickly in the future”, says Jacqueline Miller, a senior vice-president and head of infectious-disease research at Moderna.

Beta is a particular focus because it carries mutations that make it more resistant than any other known variant to neutralisation by antibodies created in a person’s body after they’ve been vaccinated. “If there’s another strain that evolves those mutations in the future, we can capitalize on what we’ve already learned from studying the Beta variant,” Miller says.

“We’re definitely practising with this one, but we are also developing it and if it’s successful, we will have it ready to use,” says Mene Pangalos, executive vice-president of biopharmaceuticals research and development at AstraZeneca.

Determining the true efficacy of variant vaccines will be difficult. In regions where Covid-19 vaccine trials are well established, it can be hard to find volunteers who have not yet received a vaccine, yet are willing to enrol in an experimental trial of a new one. There might also be ethical concerns around recruiting placebo groups for randomised controlled trials, given that effective vaccines are available.

“If we’re not going to do randomised controlled trials for efficacy, one alternative would be to do immunogenicity studies, plus really robust, well-designed real-world effectiveness studies,” says Matthew Hepburn, who until August was the director of Covid-19 vaccine development at the US government’s Countermeasures Acceleration Group (formerly Operation Warp Speed) and is now a special adviser at the White House Office of Science and Technology Policy.

Immunogenicity studies would measure the immune responses triggered by variant vaccines – for instance, an increase in antibody or B-cell levels – and compare those with the effects of the first-generation vaccine. That seems to be where some vaccine makers are heading: on the basis of guidance from European regulators, AstraZeneca will use this approach in its Beta-vaccine trial.

Moderna is also focusing on immunogenicity data, and is collaborating with a hospital system in southern California to collect real-world data on vaccine effectiveness. In these observational studies, participants can choose whether they get a vaccine or not, and researchers monitor the two groups to see how they fare. Such studies “aren’t perfect”, concedes Miller, because the two groups might have different behaviours and risk factors.

How public-health authorities will determine that a variant has escaped – and therefore the world needs a new Covid-19 vaccine – isn’t yet clear. Pangalos offers one way to measure that: “If we start to see lots of people going into the hospital that have been vaccinated, then we have a problem,” he says. “But right now, we’re nowhere near that.”

The World Health Organization has a regimented process for determining when and how to change an influenza vaccine to match an emerging strain. These decisions are based in part on a long history of monitoring and immunising against the virus’s evolution. “That doesn’t exist for Covid,” says Hepburn.

Miller hopes that the process of updating a Covid-19 vaccine will eventually become as streamlined as changing a flu vaccine, which typically doesn’t require much in the way of clinical studies. And because RNA vaccines can be manufactured more quickly than conventional jabs, she adds, “the idea would be to make that switch even more rapidly than we’re able to do with flu”.