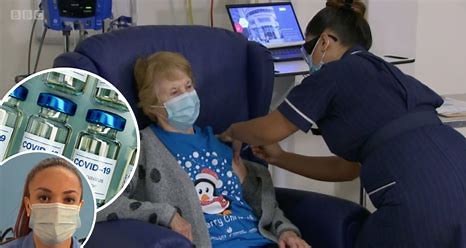 Data from dozens of UK health-care workers suggest a tantalising possibility: that some people can clear a nascent SARS-CoV-2 infection from their bodies so quickly that they never test positive for the virus nor even produce antibodies against it.

The data also suggest that such resistance is conferred by immune players called memory T cells – possibly those produced after exposure to coronaviruses that cause the common cold.

“I’ve never seen anything like that. It’s really surprising that the T cells might be able to control an infection so quickly,” says Shane Crotty, an immunologist at La Jolla Institute for Immunology in California, who was not involved in the research.

But the study’s authors strongly caution that their results do not show that people who have had the common cold are protected against Covid-19. And the authors also acknowledge that their findings have many caveats, meaning that it’s too early to say with certainty that people can stop an infection in its tracks.

In the study, published on November 10 in Nature, the authors examined blood samples collected in the first weeks of the pandemic from nearly 60 UK health-care workers. All worked in hospitals, putting them at high risk of contracting Covid-19, but never tested positive or produced any antibodies to the virus for four months after enrolling in the study.

The researchers noticed that in 20 of these ‘seronegative’ participants, T cells had multiplied – a sign that the immune system might be gearing up to fight an infection. Nineteen of these individuals also had increased levels of an immune-system protein called IFI27, which the authors say might be an early marker of SARS-CoV-2 infection.

The authors say that these data are evidence for ‘abortive infections’, meaning that the virus made an incursion into the body but failed to take hold.

The authors hypothesised that T cells halt SARS-CoV-2 by disabling a cluster of viral proteins called the replication transcription complex, which helps the virus to reproduce. They found evidence to support this theory: a far higher proportion of the seronegative participants had T cells that recognise this complex than did health-care workers who got Covid-19.

The researchers also found that even T cells from blood samples collected before the pandemic could recognize SARS-CoV-2 – and most strongly recognized the replication complex. These T cells could have been generated by infections with coronaviruses that cause common colds, but without direct evidence of how or when the cells originated, it is possible that other triggers contributed to their formation, the authors say.

Most existing Covid-19 vaccines target SARS-CoV-2’s spike protein, which it uses to invade human cells. Spike proteins vary considerably between different coronaviruses. But replication complexes are similar across multiple types of coronavirus making this part of the virus a promising target for a ‘pan-coronavirus’ vaccine – one that protects against a broad array of such viruses, the authors conclude.

But scientists not involved in the study note that there’s no definitive evidence that the healthcare workers who purportedly cleared the virus actually had any SARS-CoV-2 particles in their bodies to begin with. That makes it difficult to draw any conclusions about the role of these T cells, says Donna Farber, an immunologist at Columbia University in New York City.

Study co-author Mala Maini, a viral immunologist at University College London, acknowledges that her team lacks direct confirmation of abortive infections among the study participants. But she notes that the timing of the virus’s uncontrolled early spread in the UK is well documented.

As a result, she says, it is probably not a coincidence that the researchers noticed more T cells in participants’ blood around the same time that people with Covid-19 were filling UK hospitals. “The timing is so clear-cut,” she says.

Even if some of the study participants did clear the SARS-CoV-2 virus before it could take hold, it’s possible that infections with variants such as Delta can’t be cleared in the same way, says Marcus Buggert, an immunologist at the Karolinska Institute in Solna, Sweden. He notes that the study documents the phenomenon only in healthcare workers, raising the possibility that only people such as hospital staff, who are regularly exposed to a wide variety of respiratory viruses, can mount an abortive response.

The study was also not designed to determine whether the abortive response is driven by T cells or another, unknown immune process. Crotty says it will be important to test the T-cell theory in animals, and Maini says a human challenge trial, in which participants are deliberately exposed to SARS-CoV-2, would help to establish whether these T cells are really helping to clear the infection.