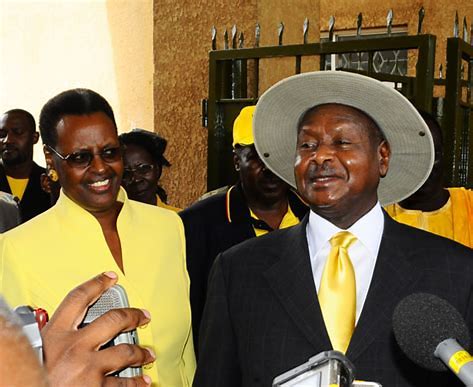 Ugandan security services held children for months in prisons after successive crackdowns against opposition activists earlier this year, witnesses and victims have said.

Adults and children described systematic physical abuse, denial of basic legal rights and appalling conditions as they waited for trial on charges they claim were fabricated.

The experiences of the children, revealed to the Guardian after their release, will increase pressure on Uganda, a key western ally in east Africa, over human rights failings that have grown significantly worse since the country’s president, Yoweri Museveni, started to face a significant political challenge in recent years.

Since campaigning opened last year for elections, hundreds – possibly thousands – of supporters of the opposition politician, Robert Kyagulanyi Ssentamu, also known as Bobi Wine, have been arrested and illegally detained for months in the worst repression for decades.

Others, snatched off the streets by security services in a series of abductions, have disappeared into secret jails. More than 50 people were killed during protests in November. Most were shot by security forces.

Museveni claimed victory in the election in January, which was marred by allegations of fraud and the harassment of opposition activists.

The children included one who was 17 at the time of his arrest and others who were much younger.

Fifteen-year-old Happy Mugisha, the adopted son of Kyagulanyi’s elder brother, was arrested on 21 March by masked armed men who raided his home.

“They were looking for my dad, who had escaped. They told us to lie down at gunpoint then dragged us into their vehicle. I was blindfolded, beaten and tortured. When I refused to tell them my name, one soldier slapped me on the face and one kicked me on the chest and I fell down. They beat me. I was crying,” he said.

A complaint to the international criminal court filed earlier this year by lawyers acting for victims describes hundreds of abductions. Some detainees have had their joints or genitals beaten with wires, have been burned with cigarettes or have had fingernails torn out. At least one detainee has been confirmed as having died in custody, although the true death toll is thought to be much higher. Many have been members of Wine’s party, the National Unity Platform (NUP).

Ugandan military spokespeople have repeatedly denied responsibility for any abuses, and Museveni in a national address in February dismissed allegations that his forces had illegally detained civilians, saying the army was “a disciplined force” and that his party “does not kill” its opponents.

Mugisha was held for 10 days in an overcrowded cell in at military facility in Mbuya in the capital, Kampala, where he was handcuffed, blindfolded and interrogated.

“They asked me questions I didn’t have answers for … I told them I am a child and didn’t know anything. They would pour water on me, told me to remove clothes and beat me seriously. You could hear people screaming and crying. I was in very terrible pain. They told me I would be killed,” he said.

Fifteen-year-old Elijah Walakira, another relative of Kyagulanyi, was detained in one of the first waves of repression in November 2020. The 15-year-old had been selling NUP merchandise near the party’s headquarters in Kampala when he was caught in a police raid.

“I was pushed inside the back of the patrol car. We were driven to a police station. I was thrown into the cell. I was forced to share a cell with more than 80 adults. You didn’t have anywhere to sleep or stand at some point. We would sleep in turns,” Walakira said.

After four days, Kyagulanyi came in person to the police station and obtained his nephew’s release.

Museveni, 76, has been in power for 35 years and has strong support in some rural areas, as well as among the military, security services and police. The US and UK have given billions of dollars of development and security assistance to Uganda in recent years. Both have made their deepening concerns at recent human rights abuses clear.

“It was a very bad experience … When I returned back to school, some students were sympathetic while others were making fun of me. They cooked up their stories, teased and mocked me. It caused a lot of pressure and trauma on me,” said Walakira.

Kenny Kyalimpa, a 17-year-old student on Wine’s campaign team, was arrested in December, and held for six months at Kitalya maximum security prison outside Kampala.

He described four days of beatings with rubber batons at a military barracks and a week in solitary confinement.

“Day and night you are in handcuffs. I was told to strip naked, sit down and widen my legs. They squeezed my testicles and penis. I pleaded with them. But they didn’t want to listen,” Kyalimpa said.

“They told me to say my last prayer because they were going to kill [me]. I told them: ‘If you want to kill, go ahead and kill me. God is on my side. My crime was supporting the opposition.’”

“Evidence through torture is not reliable. Torture is unnecessary and wrong. It must not be used again if at all it was being used like I see some groups claim in the media,” the veteran ruler said.