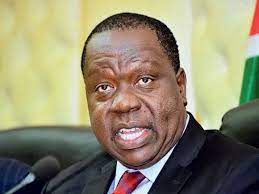 After years of financial fiddling in Kenya’s energy sector that scared off potential investors in manufacturing sector citing high cost of electricity and fuel, findings by taskforce appointed by the government to investigate the unusual happenings in the industry, point to serious accountability gaps.

Consequently, shocked by the findings that are likely to incriminate high ranking officials in the presidency, Cabinet Secretary for Internal Security Fred Matiang’i took the unusual step and turned the Kenya Power and Lighting Company (KPLC) into “a state project” pending the conclusion of a multi-agency audit ordered by President Uhuru Kenyatta.

The decision is informed by massive losses the giant electricity corporation has been declaring losses over the past several years despite having no competitor. At present, KPLC owes power generation company, KenGen, over Ksh23.5 billion ($212 million). This is in addition to Ksh2.9 billion ($26 million) unexplained losses it has declared, triggering a haemorrhage on its shares on the Nairobi Securities Exchange.

The presidential taskforce attributed some of the losses to brazen theft of the corporation’s property by staff, a case in point being the theft of more than one million electricity metres with an estimated value of Ksh2 billion ($18 billion).

The upcoming audit follows years of consumer complaints about the inexplicably high cost of electricity and fuel, which according to the Presidential Taskforce on Review of Power Purchase Agreements report, is three times above market valuation.

President Uhuru Kenyatta is said to have been shocked after the taskforce revealed further that a company associated with his deputy, William Ruto, had been contracted to supply concrete poles and in effect locked out “hustlers” who sell tree-poles to KPLC at a cheaper price.

Against the backdrop of blatant theft, KPLC applied and was granted the go-ahead by industry regulator, the Energy and Petroleum Authority (EPRA), to raise power tariffs, sparking the current hue and cry that elicited presidential intervention. This comes barely months after the government reconstituted KPLC management in the hope of re-anchoring the sector that is central to the President Kenyatta’s legacy projects that include manufacturing for job creation.

On the back of the damning verdict by PTRPPA, which highlights how senior government officials and influential political figures fleece the public through inflated electricity tariffs, the government has directed the Directorate of Criminal Investigations, Financial Reporting Centre, Assets Recovery Authority and other investigative agencies, to probe the alarming system losses.

At the end of the audit, according to the terms of reference, all culpable individuals – contractors and government officials – will be held to account.

Consequently, a source in the president’s office disclosed that the Directorate of Criminal Investigations (DCI) has already been briefed to act on the findings of the taskforce in which Cabinet Secretary Charles Keter, who has since been moved to Devolution from Energy, his former PS Njoroge and Director General of EPRA Daniel Kiptoo are “persons of interest.”

Additionally, government officials who were seconded to the $700 million (Ksh78 billion) Lake Turkana Wind Power farm, will be put to task over the missing $163 million (Ksh18.5 billion), suspected to have been diverted to private bank accounts of leading political actors and their acolytes in the ministry and the president’s office.

The taskforce’s account points to the high possibility of the money is being rerouted to the country to finance 2022 election campaigns.

Names of the key suspects in the heist have been given to the president and he responded by transferring public servants the taskforce flagged. There are pointers that besides the minister, chief administrative secretaries, principal secretary, senior staff at the Kenya Electricity Transmission Company (Ketraco) and the management and contractors of Lake Turkana Wind Power project, will be summoned to account for their role on the losses.

Our source in the president’s office detailed how President Kenyatta expressed his displeasure by transferring CS Keter and PS Njoroge from the ministry of energy. Regarding the unaccounted for $163 million loss, a former CEO of Lake Turkana Wind Power project and a manager said to be interested in the Kakamega County gubernatorial seat will help the audit team to unravel the loss.

The former manager is suspected to have been the conduit through which the money meant for the 310 megawatts Lake Turkana wind farm was spirited out to foreign bank accounts. The manager’s political and financial activities in western Kenya have elicited the interest of economic and financial crimes investigators.

The manager is reported to have enough money to run a presidential election campaign without support. Consequently, he is being courted by leading political parties – opposition leader Raila Odinga’s Orange Democratic Movement and Deputy President William Ruto’s United Democratic Alliance. The manager’s closeness to Keter is the reason he is a person of interest, our source explains.

LTWP was completed in 2018, but has not started production for reasons attributed to massive financial fiddling. It could not start operations after the Spanish firm that was contracted to develop the transmission line filed for bankruptcy after receiving full payment. Two Chinese firms took over the construction of the 428-kilometre electricity transmission line to evacuate the power and completed the infrastructure in August 2018.

Further, Keter and Njoroge on one hand and the State Corporations Advisory Committee (SCAC) Secretary Wanjiku Wakogi and Head of Public Service Joseph Kinyua on the other, have in the past four months been involved in a protracted tussle over the legitimacy of the appointment of Kiptoo to head EPRA.

Notably, Ms Wakogi was a member of the taskforce and helped to shed light on the hiring inconsistencies that had been overlooked by Keter and chairman of EPRA board Jackstone B. Ojwang, a former judge.

The Joint Secretaries of the taskforce were Mr Jasper Mbiuki from the Executive Office of the President, Ms Lillian Abishai from Office of the Attorney-General) and Ms Elsie Mworia from KPLC.

The Presidential Taskforce on Review of Power Purchase Agreements found, according to State House press statement, there was “vast differential between KenGen and Independent Power Producer (IPP) tariffs and electricity dispatch allocations; the lack of proper demand forecasting and planning leading to irreconcilable projections as against demand.”

The statement added that “the existing risk allocation imbalances between KPLC and IPPs were further exacerbated by poor contract management frameworks; and an uncoordinated institutional architecture that inadvertently contributes to enhanced operational costs passed on to consumers.”

According to the email, “The cartel imposed on KPLC and REA (Rural Electrification Authority) the use of concrete posts (Ruto products) thereby killing the prospect of small investors in tree-posts.”

To protect their interest, it was revealed further, “The cartel imposed a Ruto-decoy on EPRA (Mr Kiptoo) to ensure that the market was run by him behind the scenes. EPRA is the single regulator of all the energy sector.”

The president, it is said, is embarrassed that senior government officials, among them cabinet secretaries, had duped him into believing that the current high cost of power in the country was the result of coronavirus pandemic adverse effects.