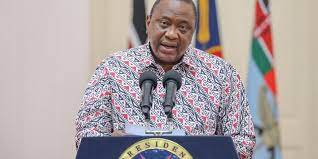 Kenya is bracing for a stormier ending of the Jubilee government after a taskforce constituted by the President Uhuru Kenyatta to investigate the cause of high power tariffs unearthed massive rot in the seat of power, besides raising the red flag over the role-played by Deputy President William Ruto and his allies in draining the taxpayer of dozens of billions of shillings.

The taskforce’s report accuses the cabal around DP Ruto of pervasive conflicts of interest that have put economy on the knees even as President Kenyatta repeatedly talks of leaving behind an enduring legacy when he retires in August next year.

In a word, the investigation was a delve into brazen theft of public resources, gluttonous cartelism and ruthless abuse of office that the president now fears might haunt as the most “careless president” in the history of the country long after he leaves office.

The damning verdict by Presidential Taskforce on Review of Power Purchase Agreements that was handed to two months ago after six months of investigations has reportedly forced the president to relook at his increasingly strained relations with his deputy as the public accuses him of presiding over of the freefall of the economy and unprecedented rise in economic crimes.

At one end of the stick is former Cabinet Secretary for Energy Charles Keter, a bosom friend of the deputy president. According to the taskforce chaired by economist John Ngumi, CS Keter – allegedly – promotes and protects the interests of independent power producers in which DP Ruto is said to be a principal stakeholder.

On the other end of the stick is President Kenyatta pursuing – in vain – legacy projects in which manufacturing is a priority. The two are irreconcilable, the report shows.

The high cost of manufacturing triggered a rapid rise in inflation, which the Central of Kenya says has hit a 19-month high at 6.57 per cent after fuel and power costs rose by roughly 25 per cent.

“The controversial Power Purchase Agreements between KPLC Independent Power Producers were drawn by the cartel. The cartel co-owns those firms that sell power to KPLC at three times higher cost than what Engen was selling to KPLC,” our source revealed.

In a government where the president and his deputy have always been talking at cross-purposes for the better part of past four years of their second term in office, the taskforce stunned the president with revelations of massive financial fiddling and spirited protectionism of the interests of Independent Power Producers at the expense of collective public interest leading.

The taskforce estimates the through theft to run into dozens of billions of Kenya shillings.

On Friday, senior government officials close to the president opened up on why the head of state had to reassign Mr Keter and Principal Secretary Joseh Karanja who the president accuses of shielding the cartel behind the unexplained high cost of electricity and gasoline.

The revelations lifted the lid on scandal of the pricing of electricity tokens that elicited nationwide complaints because of inconsistencies, unavailability and non-connectivity to KPLC servers. The project ran aground, barely months after coming into force.

Interviewed, the official revealed that the president was miffed at the extent his own office had been used to exploit consumers. Redacted from the statement read on Wednesday by State House Spokesperson Kanze Dena were names of directors of the companies that tendered and were given contracts to sell power and provide other service to Kenya Power and Lighting Company (KPLC) Limited.

Ngumi’s taskforce says the cost of power and fuel in Kenya is three times it should be.

Virtually all the IPPs, President Kenyatta was informed, are owned by senior government officials – in his office! The revelations precipitated the transfer of Mr Keter to the less plummy Ministry of Devolution, where he replaced Eugene Wamalwa, who turn was deployed at the Ministry of Defence. Keter was replaced at Energy by Monica Juma, from Defence.

Our source at the taskforce made up of expertise in economics, engineering, finance, law and human resource management, revealed that the president is angry that the country had been forced to succumb to the political and economic connivance by a powerful clique in his government that thrives on financial fiddling and cartelism to rip off helpless consumers.

The revelations come at time succession has been cast as a competition between the haves and have-nots or in Ruto’s words, the “dynasties and the poor.” The DP identifies with the poor, a profile the taskforce report disclaims.

Asked to flesh out the terse two-page statement that was read on Wednesday by State House spokesperson, our source said their investigations had found that Mr Keter and Principal Secretary Joseph Njoroge were at centre of tendering for power and fuel supply that raised the tariffs to three times the actual price in the market.

The senior official, who is conversant with the what led to last week’s cabinet reshuffle, explained, “The reasons for reshuffle were mainly to get out of the energy docket the ‘Cartel’ – CS Keter and Principal Secretary Joseph Njoroge.”

The two, he says, have been adversely named in the report as the “godfathers” of the businessmen behind the fiddling that had pushed up the cost of fuel and power above the tariffs in other East African Community (EAC) member states.

The official adds via email that the president is now aware of the racket. “The two were veiled owners of the firms that had been contracted by Kenya Power and Lighting Company (KPLC) to sell power units – vend it. This deliberately immobilised the KPLC digital power purchase line to the advantage of private digital payment platforms.”

The two were moved from their dockets on Wednesday to pave the way for further investigations for potential economic crimes and possible money laundering.

Consequently, the source said, the Directorate of Criminal Investigations (DCI) has already been briefed to act on the findings of the taskforce in which the Keter, his former PS Njoroge and Director General of Energy and Petroleum Regularity Authority (EPRA) Daniel Kiptoo are “persons of interest.”

Instructively, Mr Keter and Eng Njoroge on the one hand and the State Corporations Advisory Committee (SCAC) Secretary Wanjiku Wakogi and Head of Public Service Joseph Kinyua on the other, have in the past four months been involved in a protracted tussle over the legitimacy of the appointment of Mr Kiptoo to head EPRA.

Notably, Ms Wakogi was a member of the taskforce and helped to shed light on the hiring inconsistencies that had been overlooked by Mr Keter and chairman of EPRA board Jackstone B. Ojwang, a former judge.

The Joint Secretaries of the taskforce were Mr Jasper Mbiuki from the Executive Office of the President, Ms Lillian Abishai from Office of the Attorney-General) and Ms Elsie Mworia from KPLC.

The Presidential Taskforce on Review of Power Purchase Agreements found, according the press statement from state house, that there was “vast differential between KenGen and Independent Power Producer (IPP) tariffs and electricity dispatch allocations; the lack of proper demand forecasting and planning leading to irreconcilable projections as against demand.”

The statement added that “the existing risk allocation imbalances between KPLC and IPPs were further exacerbated by poor contract management frameworks; and an uncoordinated institutional architecture that inadvertently contributes to enhanced operational costs passed on to consumers.”

President Uhuru Kenyatta is said to have been shocked after the taskforce revealed further that a company associated with his deputy had been contracted to supply concrete poles and in effect locked out “hustlers” who sell tree-poles to KPLC at a cheaper price.

According to the email, “The cartel imposed on KPLC and REA (Rural Electrification Authority) the use of concrete posts (Ruto products) thereby killing the prospect of small investors in tree-posts.”

To protect their interest, it was revealed further, “The cartel imposed a Ruto-decoy on EPRA (Mr Kiptoo) to ensure that the market was run by him behind the scenes. EPRA is the single regulator of all the energy sector.”

The president, it is said, is embarrassed that senior government officials, among them cabinet secretaries, had duped him into believing that the current high cost of power in the country was the result of coronavirus pandemic adverse effects.