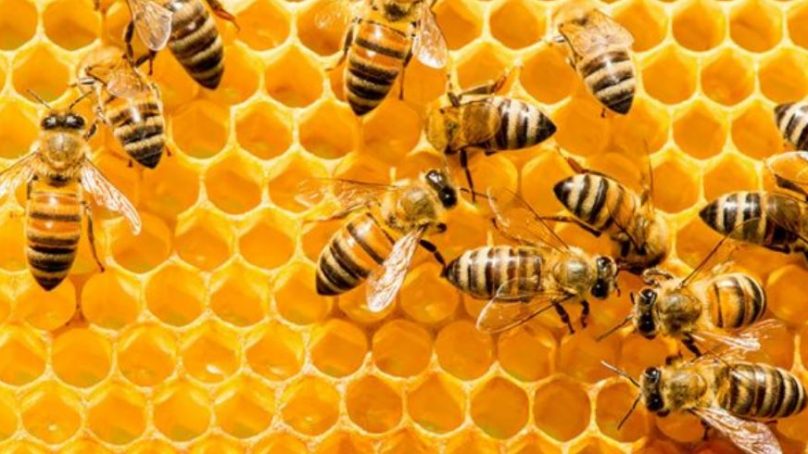 In 2020, 13 honeys were subjected to another battery of tests. Nine of the products contained psicose, the rare sugar which would not typically be found in honey. Ten of the 13 honeys tested positive for the presence of enzymes indicating that they may be “adulterated with syrup”.

All of the 13 honeys failed Nuclear Magnetic Resonance (NMR) test. NMR is the technology that could change everything. It works by bathing samples in a powerful magnetic field, causing the atoms to resonate.

The resonant frequencies of the nuclei in the atoms are then converted into peaks or spectra on a graph, generating a unique magnetic ‘signature’ for each sample.

Adulterated honey is now a global problem, with china, which produces nearly a quarter of the honey consumed in the world, accused of being the chief perpetrator of the vice. Europe and the Americas have also been hit by the vice that has precipitated a slump in the prices of organic honey worldwide.

Shops and supermarkets are now accused of selling syrup disguised as honey and in the absence of standard tests to distinguish fake honey from genuine honey, “syrup” will remain on supermarket shelves for a long time to come.

Arturo Carrillo, an environmental activist who is based in Mexico and is coordinator of the Honey Authenticity Project says that the United Kingdom market is full of fake honey.

“There has been a failure in the UK to combat this fraud. They use obsolete tests for the products and of course they are passing. There is no single test that guarantees the authenticity of honey, but when you apply a battery of tests you can determine more precisely which honey is fake,” Carrillo says.

The project submitted complaints to local authorities across the UK in 2019 after the first round of tests, including Richmond Council in London, which commissioned its own tests on Tesco own-brand Pure Set Honey, which sells at £1.35 for a 454g jar.

According to the council, testing by its public analyst “revealed that the honey contained sugar syrup”. It said Tesco and the National Food Crime Unit, part of the UK’s Food Standards Agency (FSA), were alerted to the public analyst’s report.

Carrillo hoped the tests would trigger a wide-ranging regulatory investigation into the suspected adulteration of supermarket honey, and expose the global racket threatening beekeepers. It never happened.

Tesco says it temporarily withdrew its product from the shelves as a precautionary measure, but now believes its honey was “100 per cent pure” and can be “traced back to the beekeeper.”

The FSA also declined to act, saying NMR and other advanced laboratory tests are not yet suitable for enforcement purposes. It says it reviewed all available evidence of the Tesco honey, including tests during production and extensive traceability records, and decided no further action was required.

“NMR is a wonderful technique but it’s only as good as your databases,” says Chris Elliott, professor of Food Safety at Queen’s University Belfast and founder of the Institute for Global Food Security, who led a government inquiry into a 2013 food scandal in which horse meat was being passed off as beef.

He believes “honey laundering is one of the biggest food trades in the world” but considers the current databases are not extensive enough or proven to be fit for purpose.

Commercial laboratories around the world are compiling NMR databases for honey. One US company, Bruker, has built a database containing the NMR profiles of about 1,800 different types of honey, including Chinese samples, for use with its Food Screener NMR machine. It was used by FoodQS for its tests on UK supermarket honey.

The problem? Bruker and other commercial laboratories insist their databases are confidential, meaning they cannot be independently audited – and no court would accept a secret database as the basis for convicting someone of a crime.

Britain’s mainstream honey importers go even further, saying that such secrecy undermines all the accusations of honey fraud by beekeepers and food scientists.

“Laboratories have made up their own tests for honey which are not fully internationally validated,” says David Hoyland, technical adviser to the British Honey Importers and Packers Association. “They conduct tests against a secretive database and then make an opinion based on that database.”

He says laboratories using different databases were even producing different results. In short, Hoyland and the association he advises do not consider there to be a significant problem with honey fraud in British-sold honey.

But calls for more rigorous honey standards are growing. In November 2019, the UK’s Department for Environment, Food and Rural Affairs, organised a conference on honey fraud at which delegates called for the “external validation and scrutiny” of NMR honey databases.

The previous year a European Commission Technical Round Table on Honey Authentication concluded that “chemical and biological characteristics of genuine honeys (including blends), bee feeding products, and products from inappropriate practices should be generated and stored in a publicly available database.”

That work might have started by now but the Covid-19 pandemic has intervened, as in so many other areas, leaving food scientists frustrated by their inability to tackle what they see as one of the world’s biggest food frauds.

James Gawenis, chief chemist at Sweetwater Science Laboratories, based in Glasgow in Missouri in the United States, tests about 50 samples of honey each week for adulteration, generating NMR profiles and comparing them with the Bruker database.

His results, he says, show widespread evidence of adulteration – already enough to suggest the honey industry and regulators in the UK are “delusional”, as he put it, if they do not consider there to be a problem with honey fraud from Chinese imports.

Gawenis says he understands the various databases being compiled had commercial value, but he thinks they could easily be opened for audit and inspection by key stakeholders without them being undermined.

“The basic contents of the database should be available. In a criminal case, you need to face your accuser. Well, the accuser is the database. How can you face something you’re not allowed to see?” he says.

“Everyone agrees the technology works, but the government agencies and industry are arguing about the databases. The longer we argue about this and point fingers at each other, the more the public is defrauded and the fraudsters continue to make more money and get more power.”

British beekeeper Martin Pope also wants better testing and tracing. “Testing needs to be improved for imports. Also, accreditation of the honey needs to be assured using a method such as blockchain which traces the honey from hive to consumer. Defra needs to step up to the plate in dealing with this.”

Beekeepers in Mexico are heartbroken at the delays, which they say are destroying livelihoods, undermining sustainable agriculture and damaging the environment.

Leydy Pech, 55, a Mayan beekeeper from Campeche on the west side of the Yucatan Peninsula and one of the winners of the prestigious Goldman Environmental Prize last year, warns the economic demise of beekeepers caused by fake honey is accelerating deforestation.

“The more beekeepers stop working with their bees, the more deforestation there is,” she says. “These beekeepers come out to defend the forest. If there are no beekeepers it is much easier for changes in land use to occur. In my town there are several who have already abandoned beekeeping.”

In Mexico, Moo Pat says he now supplements his income from beekeeping with work as a bricklayer and no longer has the time or money to tend to his bees properly. He says other beekeepers had already sold their land for crop production and gone to work in other sectors, such as tourism.

He struggles to understand why the international community is failing so badly to stop the trade in fraudulent honey. “It is as if we are in a race against fake honey on a trail full of stones,” he says. “We have everything to lose.”