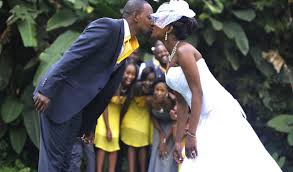 Guys, pause for a moment and listen to what our sisters want: ‘Give me a place to stand, to speak…’

One can forgive our parents for this monumental ignorance and its devastating consequences. I hear voices among some of my male colleagues now saying ‘I could never do that!’ But guys, let’s just pause and consider how we treat our sisters today. I will not even speak of those men who are physically and psychologically abusive to their spouses or partners.

Rather let me address myself to those like me who consider themselves to be urbane, educated, and sophisticated.

No, you don’t physically beat up anyone, but think of how effectively we use words to keep women ‘in their place’, how often we dominate public space thereby ensuring women can’t get a word in edgewise and largely end up existing to be seen and not heard, or how many silly sexist jokes we crack or entertain that are calculated to put women down.

Can you recall a recent social gathering of men and women of which you were a part? Did you observe the dynamics of debate on any subject? My experience is that our sisters have virtually no space to express their views. Many times, by virtue only of the fact that we men have louder voices, we end up hogging up all the space.

We recklessly elbow out the women purely by out-shouting them; and when this fails, we resort to insult, innuendo and intimidation. The final weapon of assault is to completely ignore a woman’s contribution – when a man speaks, everybody listens; when a woman starts to say something, it is time to refill your coffee cup while some take the few moments to rush to the restroom, or just to withdraw into themselves to evaluate what the man who spoke before her just said, or to plan what to say after this ‘commercial break’.

In fact, women are so used to being elbowed out that many don’t even bother to air their opinion in public any more (and I am speaking about educated women here).

A good number have stayed so long without the chance to express themselves that they see no point in having an opinion in the first place, especially on many of the issues that get us men quite animated. And so, after a period of time almost half of our people have lost their voice.

As a Christian, it grieves me a great deal to hear and see how the Bible has been used (or rather misused) to keep half our people perpetually under subjugation. In this regard, the Church (and I count myself among the number) stands indicted of gross discrimination and we should urgently search our souls and repent.

During all these dark chapters in human history, some tried to use the Word of God to keep the people of God in bondage. It did not work. The final frontier now appears to be the battle for gender parity. Sadly, the Church seems to be stumbling at the last post. It has once again allowed the dominant group (in this case men) to set the agenda and misuse the Word of God to retain the status quo.

I have heard it argued that the Bible inherently sexist, and that Christianity as a religion is inherently discriminatory against women. Time and space do not allow me to do a critique of the Bible here. But I can speak as a Christian man from my understanding of the Bible and I would like to make a few points that are usually conveniently forgotten.

Whenever one thinks of gender discrimination and the Bible, the Apostle Paul easily comes to mind especially his admonition in, Ephesians 5:22 that wives should submit to their husbands. Now Paul makes many controversial statements about the role of women that even I find hard to understand. In some cases, he rightly refers to them as mysteries.

Like any Christian, I cannot dismiss them merely because I do not understand them, but rather I look to see how they fit into the whole plan of God for humanity. But while affirming that God has created us male and female for a purpose and that we each have a specific place to fill in the kingdom of God, I do not think that God meant that any one group should dominate another.

The book of Genesis makes it abundantly clear that both male and female are created in the image of God and mandated to rule over creation.

This article was first written in 1999. It was published in Eve Magazine in March 2002 and this version was published to mark Women’s Day in 2009.