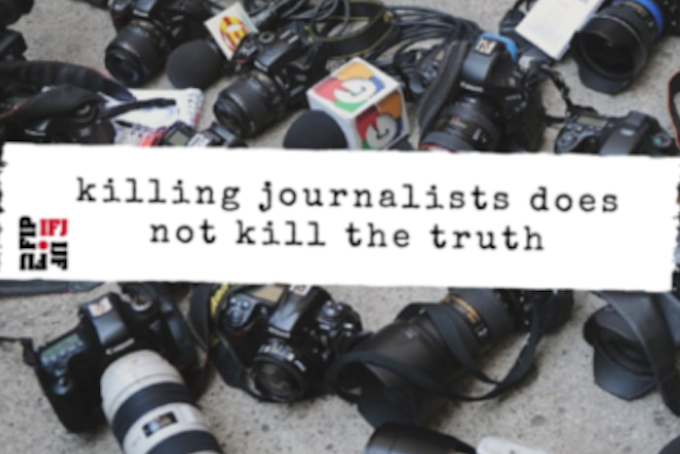 Tabloid editor Gwenn Salamida was shot dead by a robber in her recently opened salon in Quezon City on August 17.

The shooting took place at Salamida’s salon in Barangay Apolonio Samson in the afternoon. Salamida was shot after the murderer barged inside, declaring a heist, and shot the victims when Salamida resisted.

Salamida is a former editor of Remate Online and had been working recently for another tabloid, Saksi Ngayon.

The International Federation of Journalists (IFJ) and its affiliate the National Union of Journalists of the Philippines (NUJP) called for a rapid investigation into this murder to assure justice for Gwenn Salamida and her family.

The Presidential Task Force on Media Security (PTFoMS) asked the authorities to investigate the murder of Salamida.

PTFoMS Executive Director, Undersecretary Joel Sy Egco, said on August 18 that while the motive may not be related to Salamida’s past career in journalism, justice must be attained for the sake of Salamida’s family and the community.

The NUJP said, “The National Union of Journalists of the Philippines condoles with the family and colleagues of Gwenn Salamida of ‘Saksi Ngayon’ … We join the National Press Club in condemning her murder and in calling for a swift resolution to the case and for justice for her murder.”

On its part the IFJ observed, “The death of Gwenn Salamida has been a great loss to the media community of the Philippines. We call on the government of the Philippines to rapidly investigate her murder and to ensure that justice is done. The media must be given a safe environment to work in within the Philippines, the murder of journalists must be stopped.”