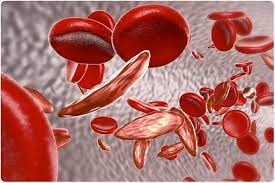 Every parent or carer wants the best for their children, but sometimes biological miscues obstruct that universal hope. This is especially the case with sickle-cell disease, a disorder in which red blood cells take on an abnormal shape described as a crescent or sickle.

This malformation restricts oxygen delivery to the body, leading to severe pain and organ damage. The disease is found mainly in people of African descent, although hotspots also exist in India and the Middle East.

Sickle-cell disease arises from a single genetic mutation. This makes it an attractive target for gene therapy: replacing or repairing the mutated gene could provide a cure. At least ten trials of gene therapy for sickle cell are under way.

Early data are encouraging, although safety questions linger, and progress could be accelerated by increasing the participation of people of African descent in studies of the disease.

Tinkering with the gene is not the only path to treatment that is being explored. The past few years have brought a flurry of drugs that work by changing the physiology of the blood cells, using various techniques to prevent sickling despite the genetic defect.

Scientists are also developing ways to mitigate the pain caused by the disease – both the excruciating, temporary crises that people with the disease experience and the chronic pain that accumulates over years of living with a malfunctioning circulatory system.

As therapy improves, more people with the disease are surviving to adulthood. This is good news, but it is also exposing a major deficiency in the US healthcare system: although children are typically well-catered for, there is a lack of health-care resources devoted to adults.

In addition, the (mainly Black) adults with the disease encounter racism when they interact with the medical system in a way that children mostly do not.

At the sickle-cell epicentre – sub-Saharan Africa – several countries have started to screen infants for the disease. The hope is that early treatment, such as with penicillin, will give these children the best possible chances for a comfortable life while waiting for a true cure.