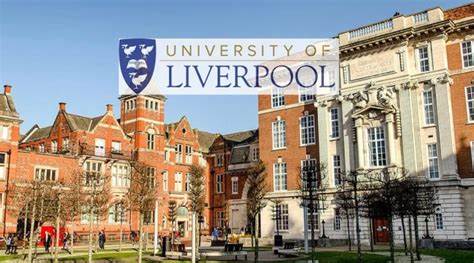 A university in the United Kingdom is facing criticism over the responsible use of research metrics after it used information about scientists’ research income and publication records to identify dozens of jobs that are ‘at risk’.

Critics say that using metrics in such a decision is inappropriate because they tend to focus on a small part of an academic’s job. They add that the institution at the centre of the row – the University of Liverpool – used a metric based on citations that is designed to evaluate large groups of researchers, rather than individuals.

The university has defended the way it used metrics and says these weren’t the only factors it considered when making the decision.

The debate highlights broader unease about the use of metrics in science as more data are collected to assess the quality of researchers’ work. Some say these quantitative measures of performance concentrate too much on publication records while failing to acknowledge other types of work, including teaching, committee work and peer review.

The University of Liverpool plans to cut dozens of jobs across its faculty of health and life sciences as part of a reorganisation. During January and February, the university notified 47 researchers that their jobs were at risk.

In a statement to the media, the university says that a five-year average of research income was used to identify researchers whose jobs could be at risk, and that “a range of factors that might remove colleagues from the pool of those potentially at risk were then considered, including the contribution of positive citation metrics where appropriate.” The university declined to specify what these metrics were.

The statement says that other indicators were considered alongside these metrics, including “impact case study authorship, leadership contribution and membership of external bodies” and that potentially mitigating circumstances – including impacts of the Covid-19 pandemic, parental leave and reduced hours because of caring responsibilities – were taken into account.

However, an e-mail sent to University of Liverpool staff by the local branch of the University and College Union that represents academics across the United Kingdom, says that managers identified employees who are at risk of redundancy using two key metrics and did not take other aspects of their day-to-day work into account.

The e-mail, which quotes a university document, states that managers established a “quality baseline” by looking at the performance of staff “against key metrics, focussing in particular on research income and quality of individual outputs”.

The two metrics used were a five-year average of research income compared with that of researchers at similar universities and a score called field-weighted citation impact, which measures how often research papers are cited relative to the rest of the papers in their field.

Elizabeth Gadd, a research-policy manager at Loughborough University in the United Kingdom, says that the field-weighted citation-impact metric is not suitable for assessing the work of individual researchers. “It is only stable for large publication sets, for example 10,000 documents or more,” she explains.

Patricia Murray, a molecular physiologist at the University of Liverpool who is not at risk of redundancy, was so appalled by the apparent misuse of metrics that she e-mailed colleagues to rally support for those affected. This resulted an open letter to university management, which has been signed by more than 400 researchers at her university and elsewhere.

The letter says that the metrics used were “particularly problematic” and that their use has endangered the jobs of the “most collegial faculty members, running technology facilities and serving on the committees that keep our departments and institutes running smoothly”.

“Assessing staff solely on the basis of quantitative metrics is never acceptable, no matter what type of metric is being used,” it adds.

The outcry has also prompted organisations that advocate for the responsible use of metrics to contact the institution. These include the Declaration on Research Assessment (DORA), of which the University of Liverpool is a signatory.

The declaration says that institutions should not use metrics “to assess an individual scientist’s contributions or in hiring, promotion, or funding decisions.” On its website, the university says that, by signing up to DORA, it has committed to avoid using journal-based metrics to make decisions, to recognize the value of all relevant research outputs and to be explicit about the criteria used to evaluate academic productivity.

A spokesperson for DORA says the organisation has had discussions with the university that remain confidential to allow “a free and honest exchange of information and views”. They declined to comment about whether they are satisfied with the institution’s response.

The authors of the Leiden Manifesto, another statement on the responsible use of metrics, wrote to the university’s vice-chancellor, Janet Beer, to raise concerns. “We regard the application of quantitative metrics in a mass redundancy as a major threat for recent initiatives on responsible research metrics,” wrote bibliometricians Ismael Rafols, Ludo Waltman and Sarah de Rijcke, at Leiden University in the Netherlands.

The letter, dated February 21, outlines how metrics can be biased towards certain research topics or ages, and says this “may contravene the basic principle of equal treatment in employment.”

This is the first time to their knowledge that metrics have been used to single out researchers for job cuts at a university in Europe, the authors add. Rafols says the group has not yet received a response.

The public dispute shows how much ground the discussion about metrics is gaining, says James Wilsdon, a research-policy researcher at the University of Sheffield, UK, and a member of the UK Forum for Responsible Research Metrics (FFRM), whose members have also discussed the situation with Liverpool. A letter from the FFRM to the institution calls for a “fair and evidence-informed resolution” to the issue.

“While this is obviously a horrible situation for the researchers affected, it also in some ways reflects the growing maturity and mainstreaming of debates about measurement and assessment,” Wilsdon says.

How sex creates variation: Mix and match that results in the next generation