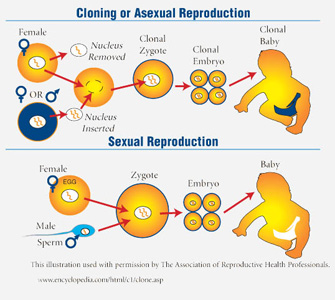 How sex creates variation: Mix and match that results in the next generation

Some lizard species do without males altogether. Scientists are studying these all-female species to see what they might reveal about the pros and cons of sex. But asexual reproduction comes with its own problems, as evolutionary biologist Sonal Singhal of California State University, Dominguez Hills, and her colleagues describe in an article about parthenogenesis in the 2020 Annual Review of Ecology, Evolution, and Systematics. Here are excerpts from the interview with Singhal:

Question: Can you explain how sex creates variation?

So, you create new chromosomes that have never existed before. People who have actually calculated it have said that a single individual can create more genetically different gametes than there are stars in the sky. That’s how powerful recombination is.

Question: So, at the end of the day, the benefits of sex outweigh its costs?

If you think about it, the arguments for asexual reproduction are pretty strong. But it’s pretty rare. And when parthenogenesis does evolve, it disappears. It dooms the species to extinction. All the asexual species of lizards are fairly young, evolutionarily – they evolved in the last million years. It’s very rare to find an old lineage of asexual lizards, where a species has been reproducing asexually for a long time.

Organisms are constantly getting new mutations. And it’s very rare for mutations to be beneficial. Most have no effect on your fitness or they decrease your fitness. Fitness is basically how good you are at life – surviving, making babies. So, if you’re an asexual organism, you’re constantly getting new mutations every generation, and you’re just going to accumulate these slightly negative mutations – up until the point where your genome is a disaster zone.

There’s this really compelling metaphor for this phenomenon called Muller’s ratchet. A ratchet is basically a process that can’t be reversed. In this case, that refers to the escalation of bad mutations that negatively affect your fitness through time. And there’s no way of reversing or purging these mutations from your genome, because you don’t have sex and sex is considered a really effective way to get rid of bad mutations, through recombination. It’s hard to quantify benefits versus costs, but clearly the benefits of sex outweigh its costs.

Question: What are some of the questions you’re hoping to answer by studying these lizards?

In sexual reproduction, you have to make your sperm and your eggs, and then you have to combine them, and then that leads to an organism starting to form, a zygote becoming an embryo. Those are all fundamental steps in the beginning of an organism’s life. Once you shift from doing the form of reproduction that most species on Earth do, to this form that very few do, what are the evolutionary and physiological consequences of that?

These lizards don’t go through meiosis in the normal way, so they’re breaking one of the main things organisms do to persist. That’s an evolutionary novelty, and that’s just generally interesting, from both a cellular perspective and from an evolutionary perspective.

And with the lizards, it’s cool, because it’s evolved multiple times. I think studying them will tell us more about the physiological process of meiosis. By understanding what happens when we break it, we can understand how it works.

Also, because the genomes of these asexual lizards are so closely related to their sexual ancestors, we can compare the genomes and look at regions that may be showing signs of recent change. Then we can understand what types of genes are being affected in the transition to asexuality. That, to me, is a really cool question.

I would also be really interested in maintaining a colony of these lizards in the lab, so that we can sequence their genomes through the generations and look at how mutations accumulate. We have some hypotheses for how things should look in asexual genomes. The first is this idea of Muller’s ratchet I mentioned earlier, where we expect more and more of these bad mutations every generation. On top of that, we should see less evidence of adaptive evolution.

Ecological change often does not allow you to just sit and wait for good mutations to line up. So that’s another idea that you could test by looking at asexual genomes: Is there evidence that they can’t adapt as fast to changing ecological conditions?

Parthenogenesis isn’t unique to lizards — there are plenty of insects and other invertebrates that are also parthenogenetic. So why study lizards?

The genomes of water fleas or stick insects are a lot different from vertebrate genomes. So we’re studying genomes that look more like genomes that we care most about. But honestly, the number one answer is that they’re cool. We’re lizard biologists at heart.

Biologists’ sex puzzle: You have to find a mate and it takes resources to get one