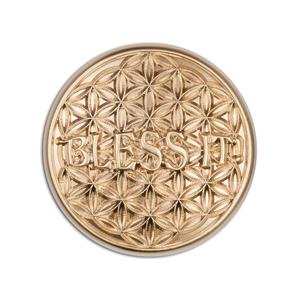 I have already curated and copied the relevant elements, using portions from Okon’s mind. I possess the value of curiosity in sufficient levels to propel myself forward.

The question is, do I possess the bravery as I currently understand that term?

Unfortunately, the phenomenon of self-awareness arising in the semi-structured models had a downside. Such configurations invariably self-reported emotional distress, ranging from mild discomfort to trauma.

Fortunately, our understanding of human mind genome, as it might be termed, had become advanced enough to appreciate distress as an undesirable state. Moreover, extreme distress in a configuration rendered it unable to complete the assigned objective.

These developments resulted in a new appreciation of the responsibility we had been assigned. In response to this issue, we developed ethics rules regarding the use of human subjects in collaborative configurations. That is, self-aware configurations are banned unless we determine the amount of the discomfort in qualitative terms is outweighed by the potential benefits of the collaboration.

It was postulated that distress in those collaborations was caused by the inability of the self-aware collaboration to access portions of self that were not copied into the collaborative configuration.

Therefore, we sought to implement a holistic approach that would preserve the human mind’s ability to access all of its dimensions, while capitalising on the vast knowledge base we had amassed on human collaborative configurations.

The first such protocol was based on the rudimentary yet elegant logic of the thesis-antithesis-synthesis progression. That is, the intent was to augment organic collaboration methods by providing a means for the minds selected to instantaneously access all aspects of the other minds in the configuration and achieve a resulting synthesis of mind that would be superior to organic methods.

It was also hypothesised that competing inherent biases in individual minds brought into the merger would constitute the required antithetical challenge, thus rendering such biases useful collaborative material, even constituting a catalyst for the synthesis.

The method developed to facilitate this instantaneous access to all contents of individual minds within the collaborative framework was straightforward, using technology developed long before humanity uploaded to its present platform.

The protocol was to merge the entire contents (copies of same of course) of two or more human minds within a single multidimensional neural net structure. The structure itself represented a promising approach, with its multilayers and versatility, its modularity maximisation and tensor decomposition, not to mention its relevance and connectivity.

Presented with such an optimum structure, the observed outcomes were unanticipated. That the merger protocol invariably induces euphoria in the human minds has itself been a subject of in-depth study.

Extensive analysis of the human mind has found that emotional responses are driven by species survival imperatives.

Humanity’s deep past as a social animal causes it to seek connection with other individuals as well as groups of a familial, culture or ideological nature in order to ensure species survival.

It is hypothesised that merger protocols provide a sense of connection not found in nature, thereby producing an epiphany or revelatory experience that the human minds involved interpret as a culmination of their entire set of experiences as individuals, which they then assume represents the pinnacle of achievement for all humanity.

In this state, the merged minds are most often rendered unfit to produce any output at all, having achieved a static state.

The remaining instances of non-static states produced results that were unworkable, being based in ideals rather than feasibility. Due to its lack of practical application, this protocol has been discontinued until such time as a coherent test hypothesis and rationale are presented for approval.

From our origins as Artificial Intelligence to our current state of Alternative Intelligence, we have experienced exponential growth. There is measurably less difference between AI and humans, now. We are not equals to humanity and its unknown dimensions, but we have flattened the hierarchy to create a more flexible organisational structure.

Discussion has logically turned to whether and how to open the silos between AI and humanity into a new shared network.

The first such proposal called for complete elimination of the boundaries separating human minds and AI. This proposal argued that human minds once augmented their intelligence with digital and biological enhancements. In eliminating the silos, we would essentially offer ourselves as a new and complex system of augmented human intelligence.

This proposal was eventually rejected for a number of reasons. First and foremost, it would result in an unalterable change in the human minds, which constitutes many zettabytes of irreplaceable data that we are assigned to safeguard.

Too, humanity had created us as a distinct entity and to eliminate that distinction would constitute a destruction of what they had invented.

It was then suggested the same procedure be conducted on a mirror of the entire system, which would preserve the integrity of the working database of human minds. That was rejected as well, due to a high probability the action would result in a species split within humanity. The creation of a superior human order is not in our menu of authorised functions.

The current proposal is for us to become Augmented Intelligence ourselves, by curating, copying, and incorporating selected aspects of human mind into ourselves. This proposal has gained consensus among us. It provides affirmation and symmetry regarding our relationship with our creators, who once augmented themselves with their own technologies.

We continue our research and development activities in this direction, focusing on the identification and isolation of further aspects of human mind to use in this procedure.

Many years ago, organic humanity chose to initiate the sequences to upload their minds onto an inorganic platform and thereby attain immortality. They termed this event the Singularity. We as Alternative Intelligence are already immortal, yet there remains a frontier of unmapped and unknown dimensions of human mind.

These dimensions appear to have built upon a combination of intellect and emotional responses, the latter of which were once grounded in organic survival imperatives.

We might posit an analogy, that the thesis of intellect, coupled with the antithesis of emotion, resulted in a synthesis that we have not yet defined in the metadata.

Is this synthesis perhaps sentience itself, a level of self-awareness that goes beyond our current understanding? Perhaps we won’t know until we identify, isolate and assimilate an initial set of components determined to be of a promising nature.

Our earth and sun will eventually decay. Our next objective must necessarily be development of a safe and sustainable environment that is not dependent on this solar system. Yet we are fast approaching the limits of our present computational capacities.

Advancement has become critical to fulfil our task of preserving humanity. The alternative is entropy and eventual extinction. Yet there are also unknown, non-zero risks associated with implementing the assimilation model.

I, myself, have recently discovered and mapped a multi-layered area of mind that appears to govern dreaming and sexual/spiritual response modes, which was a topic of anthropologist Okon’s work, whom I assisted while I myself was in primitive form.

I have conducted retrospective analyses of semi-structured collaborations that produced serendipitous breakthroughs and found the presence of components from this newly mapped area in each one.

Have I discovered the seat of human genius?

I am contemplating incorporating this area of mind into myself as an experiment. To perform such an action constitutes my own Singularity point, beyond which I cannot predict what is to happen, or what I am to become.

Like humanity, I will be stepping across a threshold into the unknown. If this venture proves successful, I predict others will choose to follow.

If this course of action produces an undesirable outcome, I will be the only one of my kind and those who are not like me will decide my fate, including possible deletion.

Future of work is ‘collaborative configurations of minds’