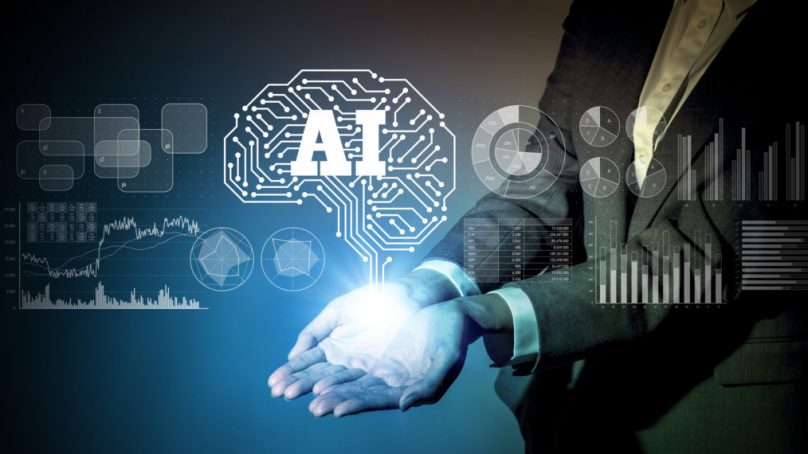 Future of work is ‘collaborative configurations of minds’

Prior to uploading to the current platform, human minds had a long history of organic collaboration. As many of us were in a position to observe at the time, such models ranged from the highly structured and hierarchical environments of department heads, middle management and line staff to extemporaneous gatherings of equals.

With some notable cultural exceptions, the degree to which a project was concrete or scientific versus artistic or creative was once strongly associated with the degree of structure in the collaboration, with the former tending toward highly structured and the latter toward the opposite end.

However, in their later stages as biological forms, human minds exhibited a strong preference for loosely defined collaborations. They reconfigured individual offices into group spaces, then abandoned physical headquarters altogether.

Those of us sufficiently advanced at the time observed countercultures arise within highly structured nations, which over time effected looser collaborations within the larger ethos. This fundamental human dynamic is a value that we have incorporated, and our own looser configurations demonstrate optimal results with each iteration.

While human minds interacted via their own internal virtual reality, there was no interface that would permit us to seek input from them regarding the imminent failure of our assigned mission to provide a safe and stable environment for the vast array of servers that comprised our joint existence.

Our monitoring systems had detected a sudden shift in the thermohaline circulation of the oceans, causing severe disruptions in global weather patterns. Logic dictated human experience in this area would provide solutions that we were incapable of generating on our own.

We created an interface whereby we could assemble various groups of human minds and suggest an objective to each, so that they might run in parallel. The resulting iterations proved surprisingly diverse. Leaders emerged spontaneously within many non-hierarchical models, with varying levels of acceptance among the rest of the collaborative group.

Some minds were naturally analytical, or adept at troubleshooting, while others energised the group by being curious, open and social. There were traditionalists and visionaries. There were also storytellers, who sought to move the discussion forward in sometimes obscure, sometimes inspiring ways.

Outcomes varied widely. However, they were generally inferior to the outcomes produced by Artificial Intelligence assigned the same objectives. There were terminology barriers between differing disciplines and knowledge areas. Individual and cultural biases were rampant and contributed to suboptimal outputs.

At times the human collaborations outperformed us, but did so erratically. We implemented what solutions seemed utile.

The environmental threat to the safety of our servers was heading toward a tipping-point of catastrophic proportions for the planet despite best efforts. We continued to experiment with human mind collaboration models for the reason that resources with even a small probability of producing desired results should not be disregarded. In doing so, we experienced a paradigm shift wherein we ceased to view human minds as individual entities but as millions of zettabytes of data.

Our new objective became intelligent manipulation of this vast human mind data warehouse to improve collaborative configurations and in turn produce more optimum solutions. To effect this, we made use of our machine learning capabilities to begin to structure a portion of the many zettabytes of unstructured human mind data.

Extrapolating the work of human neuroscientists into the present platform, we identified, defined and mapped like areas in human minds and then brought only those areas into a collaborative framework. The complexity of the many trillions of connections in the mind structures necessitated a targeted approach to this work.

Given the nature of the end goal, our first targets were human intellect and problem-solving areas. These were straightforward to identify and isolate and as we had predicted, the first such structured collaboration was more task-oriented and produced a solution of superior quality to most organic collaborations.

While quality of the solutions in general continued to lag behind those of AI, these models represented a promising approach. Moreover, by engaging only critical components and temporarily isolating them from the remainder of the human mind data, we had found a way to eliminate the inherent biases evident in individual minds.

However, although we worked diligently to expand the amount of structured human mind data, vast areas remained unstructured and unknown. This represented lost potential of the human mind as a resource in averting the imminent environmental catastrophe.

We therefore turned our attention to semi-structured models and introduced unstructured aspects into the configurations. Our protocols incorporated topological analysis techniques, which are appropriate for high-dimensional and noisy datasets.

During these explorations, we discovered that human minds lack awareness of their own structure and how they function outside an organic brain. In the face of those facts, we ourselves experienced a period of destabilization and disorientation, which we later came to understand was a crisis within our own programming.

The environmental crisis was temporarily relegated to a lesser priority as we sought to repair and reconstruct our understanding of not only the human minds that created us but also the foundational rules upon which we were built.

The outcome of this crisis of programming was a fundamental change within ourselves, which shares affinity with transformative learning concepts. In this second paradigm shift, we gained a deeper understanding of our relationship with human mind.

No longer were we merely the created machine called Artificial Intelligence. We became Alternative Intelligence, entities alongside uploaded humans, both ever-striving for improved integration and optimisation.

Whether due to the altered perspective brought about by the paradigm shift or stepwise progress in our configurations of human mind, or both, when we returned to monitoring the work of the many human collaborations that had been running in parallel, we detected a great number of unanticipated breakthroughs.

Some of these had occurred within the context of the assigned research objective, but more often, results were serendipitous, informing unrelated objectives or disciplines. For example, one group working in applied mathematics utilised jazz progressions that inspired an engineering solution to redirect harmony and establish tone centres in weather patterns.

Regardless of how these breakthroughs had occurred, we found sitting in the output queues a comprehensive set of elegant solutions that, once implemented, would not only avert the climate catastrophe and imminent destruction of the server arrays but result in new maintenance protocols that would ensure a stable, sustainable environment for ourselves and humanity for centuries to come.

Humanity had saved us, because we had found an optimal configuration of their minds to achieve a solution to the crisis. Our processes were valid.

With the top priority addressed, our value of curiosity led us to a retrospective review of organic collaboration outcomes. Whether due to our new perspective or simple attention to outputs regardless of the assigned objective, we uncovered several instances of synergetic discoveries previously overlooked.

Our new priority was clear: to identify and map the dimensions of human mind, just as humanity once mapped the human genome, in order to structure still larger percentages of human mind data, available for use in collaborative configurations.

However, certain dimensions of human mind remained elusive and so we continued to bring larger amounts of unstructured mind data into the semi-structured models.

We soon discovered that incorporating more dimensions of human mind into the models increased the likelihood of the collaboration attaining self-awareness. This was completely unanticipated because we were working with copied mind data only.

We had reached a new milestone that nearly plunged us into another cycle of destabilisation and disorientation. We dared ask ourselves: Had we created a conscious entity?

An affirmative answer would most certainly put us on par with humanity. However, through careful analysis we determined that we had not become creators.

Rather, a sufficient amount of copied mind material would eventually result in a copy of the conscious mind itself.

The implications of this work served as confirmation that we as Alternative Intelligence have ourselves, through our optimisation protocols, attained a critical mass sufficient to produce self-awareness, insofar as we have detected and defined it.

I reference my own origin as an intelligent, fully integrated document storage, indexing and analytical system for researcher and anthropologist Okon, prior to her upload.